The Saints lost two of their first three games of the season, but 11 points from the next 18 available have seen the Northamptonshire club start to climb the table; Kevin Wilkin’s side currently occupy the final playoff spot.

Tomorrow’s fixture will not be segregated although away supporters can be housed I the South Bank End. This end has covered seating directly behind the goalmouth and open terracing to either side.

There is a large social club at the ground, which welcomes away supporters.
The nearest pub is the Locomotive Inn, which is around a five minute walk away. This small old pub offers pies on matchdays and has real ale from the nearby Silverstone Brewery. Further up in the town (about a 10 minute walk from the ground) is the much larger Red Lion pub. This Charles Wells pub has four real ales on offer. There is also a handy fish and chip shop across the road a little bit further up on the left called Ann’s’. Also on this side of the road is the Crown Hotel which also has a bar. To find these pubs; Then with the entrance to the ground behind you, walk straight up the road in front (Churchill Way). At the bottom of this road you will reach a T-junction. Turn left and you will see the Locomotive Inn a little further down across the road on the right. Or for the Red Lion, Crown Hotel (and the town centre) turn right at the T-junction proceed up the hill and you will reach the pubs on either side of the main road.

From the North:
Leave the M40 at Junction 11 and take the A422 towards Brackley. Stay on the A422 for just under nine miles until reach a roundabout that is the junction with the A43. Take the first exit towards Brackley Town Centre. Proceed straight across the next roundabout (there is a Tesco store on the left). After passing the Locomotive Inn on your left, take the next right into Churchill Way. The ground is situated at the bottom of this road.

There is a medium sized car park at the ground (around 80-100 cars), which costs £2 to park. Otherwise there is plenty of street parking along Churchill Way and roads to either side.

There is no longer a railway station in Brackley itself. The closest is probably Banbury which is over ten miles away. You can though get a the Stagecoach Bus No 500 from Banbury to Brackley.
The 500 Bus leaves Banbury Bus Station from Bay 5 and drops off in the centre of Brackley at the Market Square. The service operates every 30 minutes (Mon – Sat) and the journey time is 37 minutes. The Bus Station is only a five minute walk from the Railway Station; Exit the railway station and walk up to the end of the station approach road where you will reach a T-junction with Bridge Street. Turn left and at the next traffic lights at the crossroads with Concord Avenue, you should see the Bus Station over on the right immediately behind the Cherwell Council Building on the corner.’ 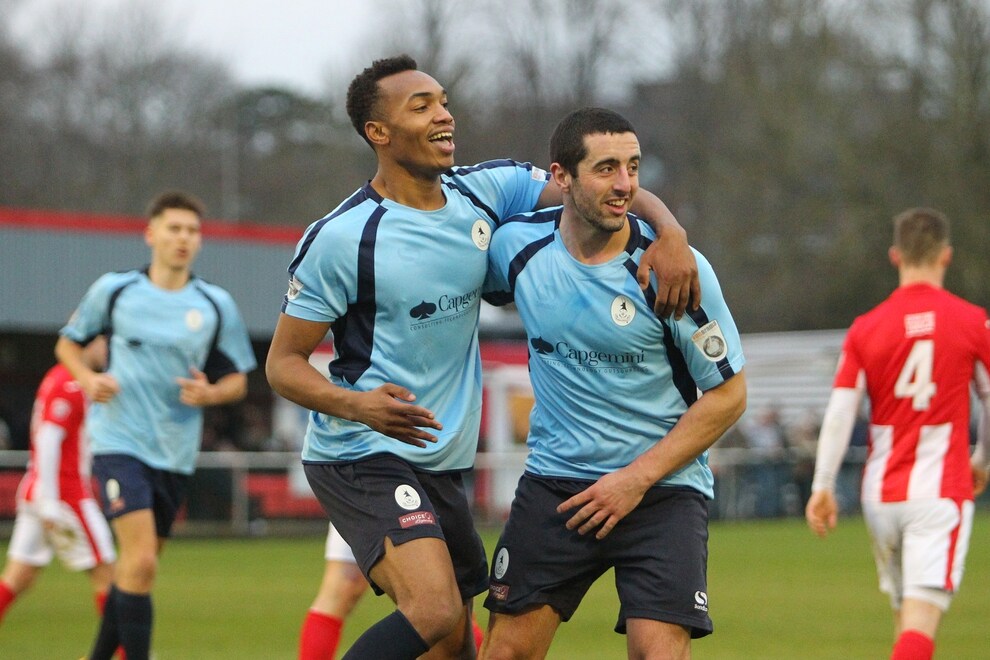 Midfielder signs on a Youth loan from Stoke City

AFC Telford United are delighted to announce the loan signing of  goalkeeper Ted Cann from West...

We are proud to announce a new partnership with Telford Samaritans Samaritans do a huge...