AFC Telford United’s start to the season saw them wrap up the month with a victory against Bradford Park Avenue as the Bucks ended August with three wins on the board, alongside one draw and four losses.

Telford had been through the summer process with new faces coming through the door with Adam Walker, Chris Lait, Aaron Williams, Doug Tharme and Corey Addai (short term deal) all arriving through the door, with last season`s top scorer Daniel Udoh along with Amari Morgan-Smith departing. Telford ended the month in mid table having played eight times, with the Bucks having a mixed first month back in action as they weren’t quite able to recreate their start from last season where they ended the first month near the top of the division. Also the disappointment of knowing that they missed out on the playoffs on the last day by what was one goal in the end may have affected them.

Despite the frustration of some of the results there were promising signs throughout the month; whether it was an all around impressive display against Kidderminster Harriers or the fact that they managed to record back to back away victories right at the backend of the month.

They started the season off with an away trip to Kettering Town as the pitch wasn`t in the best state for this clash which played to the strengths of the newly promoted side as they took a 2-1 victory, Stephen Morley got the Bucks off to a perfect start with him scoring just before the interval before it was 1-1 after the break. However the second half took an interesting turn with Kettering down to ten men and Williams missing a penalty for the Bucks, before they were ultimately caught out and ended up losing it late on. The Bucks managed to get their first victory of the campaign after an impressive showing against local rivals Kidderminster Harriers with Williams scoring his first goal for the Bucks with Darryl Knights the other scorer, as they proved too strong for Kidderminster.  Then came what turned out to be a frustrating game for the Bucks against a plucky Gateshead side as despite creating enough openings to take the game they were unable to do so and were held to a 0-0 home stalemate.

It was then a Tuesday night trip to managerless Hereford as the Bucks came unstuck as Rowan Liburd`s goal was enough to take the three points for the Bulls, with Telford once more struggling to find the back of the net.

It was then back to back losses for the Bucks after losing at home to King`s Lynn Town as James McQuilkin got a consolation for Bucks, on a day what turned out to be an all around disappointing performance and result. It did get better however as they had to grind out a victory away at Southport a week after on the 24th August, after an Andre Brown penalty as the striker was fouled and stepped up to convert the spot kick, as that was all that was needed for the Bucks to record their first away victory of the campaign.

The positive result was then taken away after a clash with Leamington FC on the bank holiday Monday with the score going to the visitors 3-1 as Aaron Williams scored after two minutes which got the Bucks off to a flying start. However a Ravi Shamsi superb second half display to where he scored twice made the telling difference.

Telford then ended the month with back to back away victories after overturning Bradford Park Avenue 3-2, with the winning goal coming from Brendon Daniels as it was his brace and Adam Walker who was also on target who made the difference.

The Bucks ended the month on a positive note as they look to make September count and go on a run that could push them right up to the other end of the table . 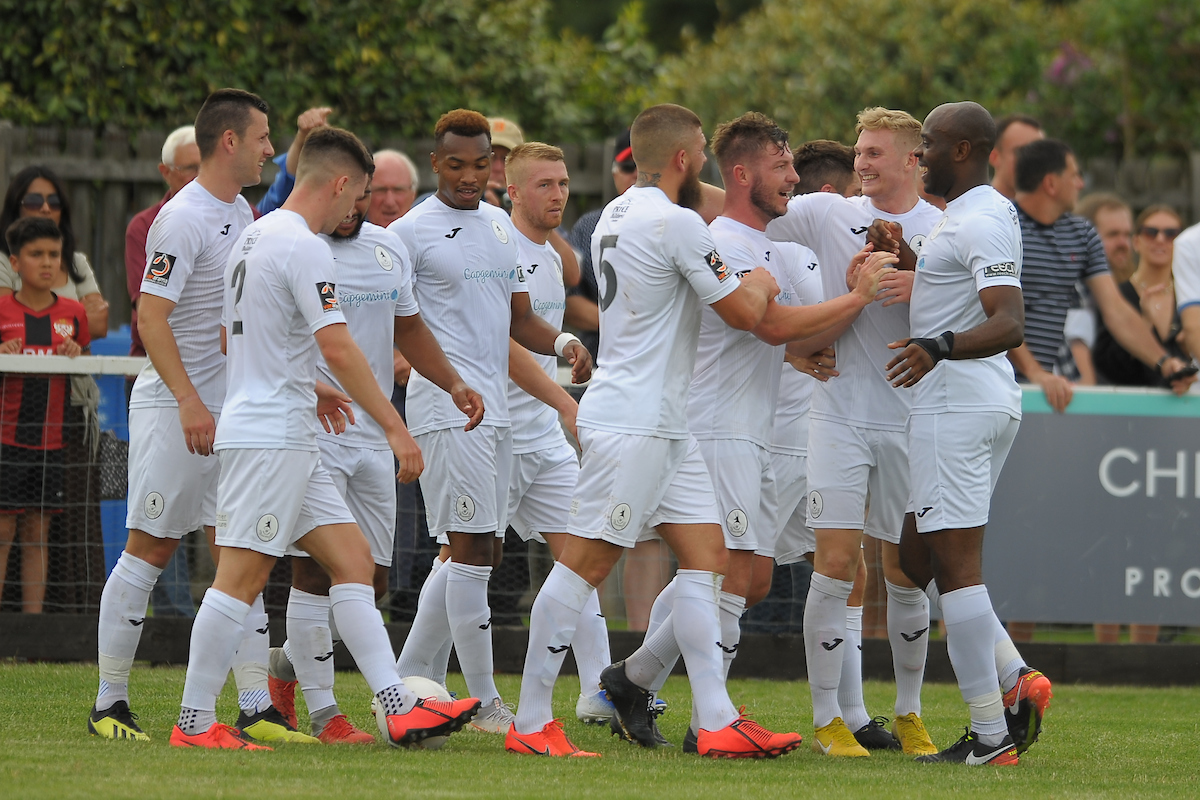 Telford face Bradford Park Avenue at the New Bucks Head this Saturday in a crunch clash at the...