An update from Chairman Andy Pryce

They say 12 months is a long time in football, but I can honestly say the last 12 months have flown by. Over the last 12 months the club has made some positives steps forward on and off the pitch. Finishing the 2018/19 season 8th in the league and reaching the semi final of the FA Trophy was something that we never expected, but relished and enjoyed all the way to the last game of the season.

Gavin, Phil and the rest of the management staff worked tirelessly last year to build both a squad and a team that we as fans have been proud to call AFC Telford United. We watched some brilliant exciting football and as a result of this it was rewarding to see our average attendances improve on the previous season.

A massive thank you to our Supporters, Partners, and Sponsors for your continued support at the New Bucks Head over the past 12 months; this has lifted the whole ethos of the club to create a stronger and more positive mentality. Walking around the ground on a Saturday afternoon and feeling the positivity from the Management Team, Players, Fans, Volunteers has been nothing but brilliant to see. The continued support and increased attendances means that the club can continue to reinvest; this will increase the clubs future potential and prospects in the forthcoming season. As previously mentioned last season, I strive to run this club in a way in which I believe is cautious yet ambitious; resulting in the club maintaining its financial stability yet aspiring to take on new opportunities. We have recently been able to carry out improvements to the New Bucks Head in addition to being able to support Gavin by increasing the playing budget.

‘On the Field’ Gavin and the management staff have worked increasingly hard during the close season to build another strong squad that is ready to compete in a very competitive National League North. From my perspective it has been great that we have seen some excellent continuity in the squad and can welcome some new faces to the New Bucks Head. I have great confidence and belief in the principles and strategies of Gavin; which assures me that he will build a team who will be proud to wear the AFC Telford United shirt. The team will again train at Lilleshall National Sports centre where we have made small additions to help the team prepare for a match day. We will be a part time football club which train on Tuesday and Thursday evening with the option for players to attend extra sessions on a Monday morning for recovery and a Friday morning to prepare. Again small positive improvements that we are trying to make.

‘Off the Field’ we are again making small, but positive steps. A lot of hard work from our full time, part time staff and volunteers who go over and above to make sure the team is ready to walk out on to the pitch at 3pm every Saturday. I will mention again as I did last year it is now more crucial than ever that the club receives local support both in terms of financial support and through an upturn in the numbers of people getting involved to help the club with time and skills. We have a great group of volunteers who give up their time on match and non match days to help the club run as efficiently as we can. We are always looking for more people to join our group of volunteers and be a part of AFC Telford United, please contact the club if you want to help out our club in anyway you think my might be able to.

Before I sign off I would like to make an additional announcement and one I planned to make at the end of season awards back in May but was unable to do so. I would like to present Ian Dosser with the Life Time Members award. Ian has been pivotal to this football club for the past 15 years and I can safely say that the club would not be here if it wasn’t for the time, effort and commitment Ian has shown throughout, all on a volunteer basis. My Dad always spoke very highly of Ian before I was involved in the football club and now having worked with Ian over the past 3 years I can see why. Ian only has Telford United best interests at heart and knows this club inside out and I personally could not have not contributed to this club if it wasn’t for Ian’s knowledge and passion for our football club. Thank you Ian for all your hard work and I hope this continues for years to come.

Finally, I will be holding a Fans Forum tonight alongside Gavin at 8:30Pm at the Learning Centre and invite you all to come down and discuss the club. As ever I will continue to talk about the club in a positive and exciting way; the more people we can get to do that, the more we can get others enthused about the club. This is your club that I am taking care of and I value input into it.

Your continued support has been exceptional. By working together, we can make the future much brighter.

I look forward to seeing you at the New Bucks Head during the 2019/20 season. 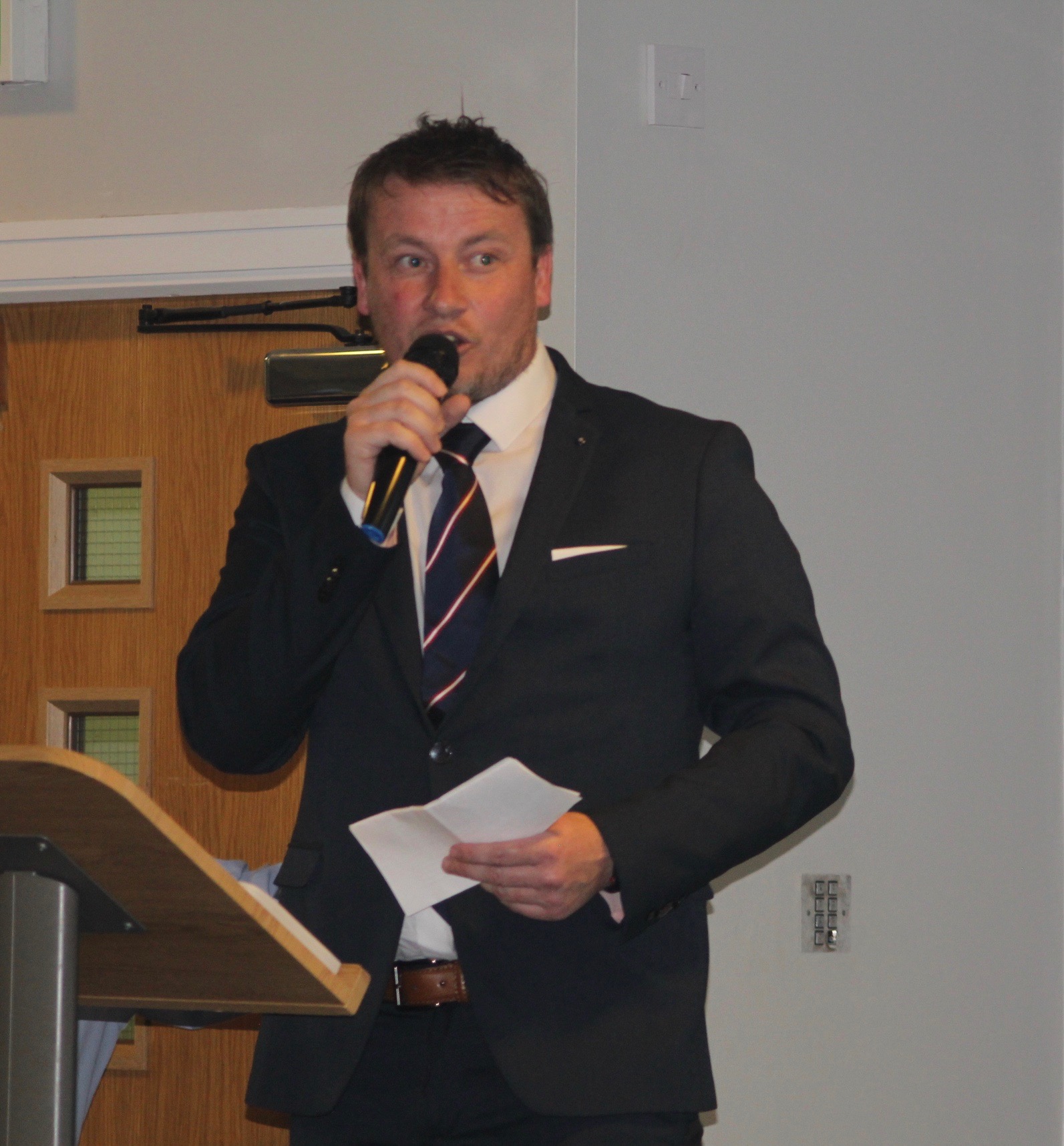 The Club very much welcome today’s announcement from the National League that they have arranged...

The Bucks will kick off their National League North campaign on Saturday when Chorley are the...