A major pitch renovation for AFC Telford United has been awarded funding by the Premier League, through the Football Stadia Improvement Fund (FSIF). As sister organisation of the Football Foundation, the FSIF are the largest funders of non-league football in the country.

The £99,936.00 FSIF grant, which has been topped up by the football club, has enabled AFC Telford United, which plays in the National League North at Step 2, to spend the summer replacing the old pitch and install a brand-new surface at the stadium, including a full professional drainage and irrigation system.

AFC Telford United have been working with the Football Stadia Improvement Fund, Mick Murphy and David Simpson from the Shropshire County FA for over three months to secure the grant.
For several years, the pitch at the New Bucks Head has needed a major renovation with many of the drains over 21 years old.

The works will continue throughout the coming weeks and will have a significant impact on the quality of the surface at the stadium for many years.

The major renovation will enable us to provide opportunities for the local community to use the surface at the end of the season including a lot of the junior teams in Telford who look forward to playing their cup finals at the stadium in May.

Andy Pryce, Chairman of AFC Telford United, said: “Over several year the playing surface has been a constant strain on the football club. Now with help from the Football Stadia Improvement Fund and the Shropshire FA, we have been able to install a new drainage system and playing surface. I now look forward to watching the Bucks take to the new pitch as soon as we are able to do so.” 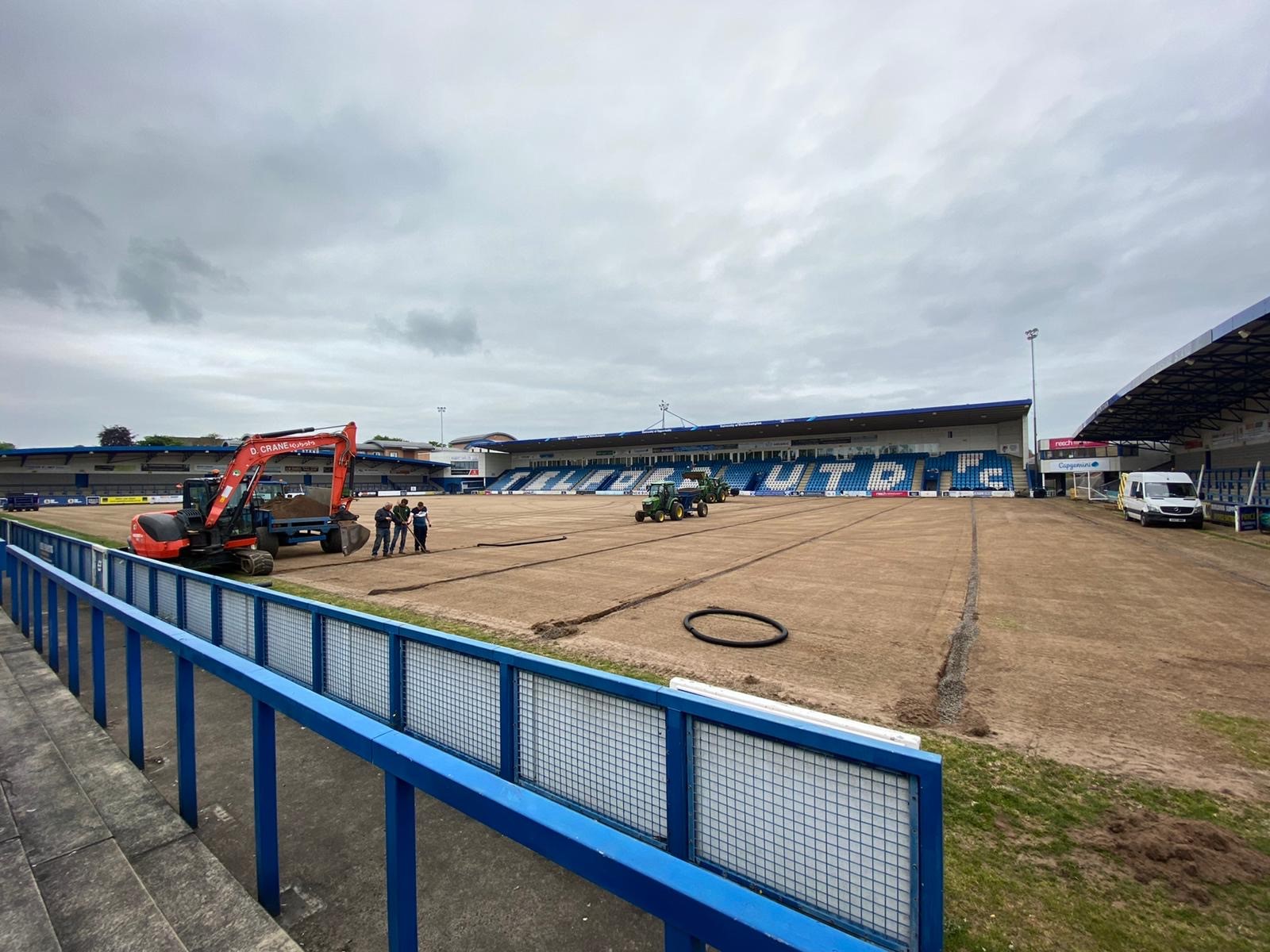 AFC Telford United are delighted to announce the signing of Tyrell Hamilton from Alvechurch...

Less than 7 days to go until the start of the 2022 World Cup we bring you the Telford Supporters...