Aaron Williams claims that team spirit has been key to their recent triumph over Kettering and although he has registered ten goals this season, he still thinks there’s much more goals in him by believing scoring can become something more of a regular occurrence.

The striker who latched onto Ryan Barnett’s cross on Saturday added the Bucks third of the match. The striker is determined to find more of an outlet in the goals department and praises the manager for bringing him in.

He said: “I should’ve scored a lot more, the chances I have had and the chances the boys have created for myself, I should be on a lot more as ten goals near the end of the season is not good enough for myself. I scored twenty one goals last time I was in this league before Christmas.

“I always have high expectations of myself to score goals, when the gaffer bought me in he knew what expectations I had and I knew what he had for myself and the manager deserves credit.”

Team spirit is a significant advantage for the Bucks with the current crop of players seemingly looking to find the key to a winning formula, it looks as if all the foundations are there and the mix up of training drills have seemed to work well recently.

There have been a few incomings and outgoings this season nevertheless having a team who all want to fight for the same cause is showing .
With the current new additions this season coming into the squad and settling down, by been vocal with the team and integrating themselves within the first team structure.

He said: “Training has been sharp for weeks and weeks, it was a disappointing result last week so we have to pick ourselves up, training this week has been very sharp and we have mixed things up, and done different things to freshen things up. Training has always been at a good standard like the technical sessions they put on for us.

“Having a good set of lads is key, when you have a good group of lads who want to do achieve the same thing and want to do the same thing, it all clicks. The gaffer shipped a few out at the start of the season and the boys who he bought in have really gelled well and have been interactive.

“We have training on a Tuesday and Thursday and some the boys are in early for a coffee and that shows good team spirit.”

He also believes that for most of this season the Bucks have performed to high standards where knacks and unwanted habits have affected the final result. With the Bucks not taking their chances at the right time as Williams goes onto explain.

He said: “75% of this season we have been the better team, our performances have been top notch and we haven’t put the ball in the back if the net and they have, that’s what it’s come down to. If you score the goals you’re going to win the game it’s as simple as that.

“There are eight games left, go to each one like it’s a final, we play for twenty seven points including today so we will see what happens and look at the league table at the end of the season then we sit down as a team and discuss next year.” 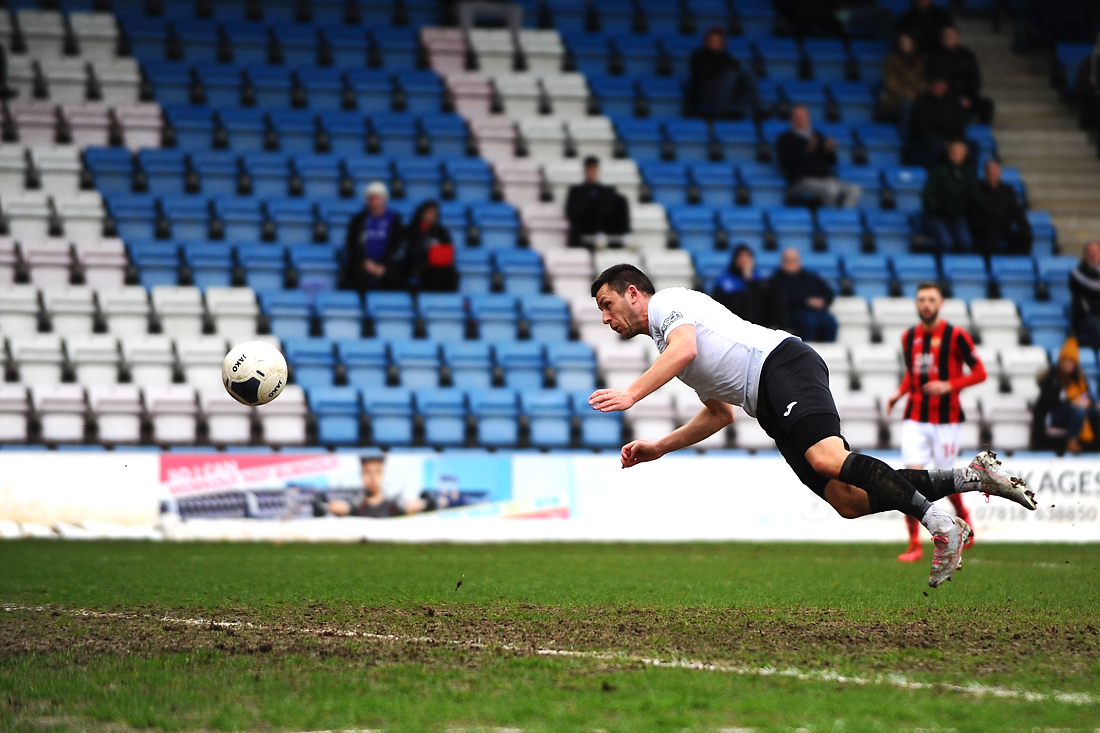 YOUR GUIDE TO A MATCHDAY AT NEW BUCKS HEAD. Wolves Women begin their new era at the New Bucks...

The club’s summer clean-up will begin from Monday 14th June and your help will be greatly...