The Bucks are in FA Trophy action next weekend, when Kevin Wilkin’s men travel to Hertfordshire to face Kings Langley in the Second Round of the FA Trophy.

Following their promotion to step three in 2016, Kings have been moved back and forth between the Southern League’s Premier Division Central and Premier Division South competitions. Last year, Kings were reprieved from relegation from the South division after Walton Casuals folded. But, subsequently transferred to the Central division, Kings are once again struggling at the wrong end of the table – they currently sit in 19th (out of 22), one point above the relegation zone (albeit 20th-place Alvechurch have played four games fewer).

After a bright start to the season that saw Kings pick up seven points from their first three games, Cummins’ side have won just three of their last 14 games. However, two of those victories came in the FA Trophy, thereby setting up next Saturday’s Second Round clash, while their other victory came last weekend. A 93rd minute winner from Jordan Parkes saw off basement boys Hednesford Town.

That 2-1 success on Saturday lifted Kings out of the relegation zone, and it also marked centre back and captain Jorell Johnson’s 250th game with the club. Wilson De Carvalho and Bradley Wadkins provide threat at the other end of the pitch.

The Bucks won 4-0 at Felixstowe and Walton United at this stage of last year’s competition before being knocked out by Stourbridge in the Third Round. That win in Suffolk, which came on 27 November last year, is the Bucks’ last away success in any competition. But while the Bucks’ away record isn’t too hot, nor is Kings Langley’s home record; Cummin’s side have won just two of their nine games on home soil this season. So, Kevin Wilkin’s men will be looking for a confidence-boosting win on their first ever visit to the Orbital Fasteners Stadium.

You can buy tickets in advance via the Kings Langley website. 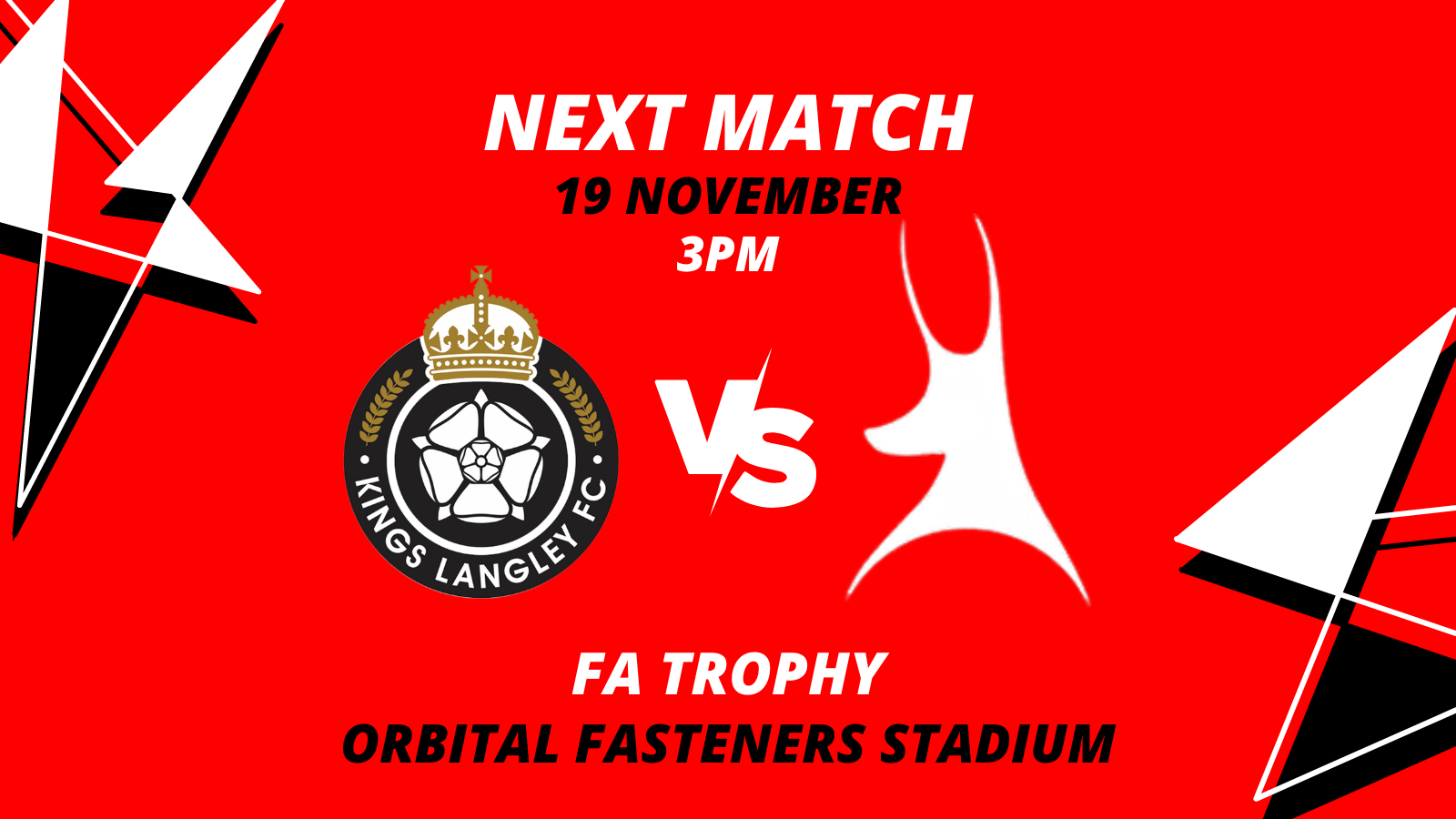 The Bucks face North East opponents for the second weekend in a row. The fixture will not be...