"Bucks aim to bounce back against Harriers"

The Bucks make the short trip to Agborough to face Kidderminster Harriers this Monday.

After finishing 10th and 15th in the previous two seasons (their worst two finishes since the mid-1970s), Harriers are once again challenging at the top end of the table. Kiddy are currently 2nd, seven points behind leaders Gloucester City but with two games in hand.

After opening the league season with a 2-1 defeat at home to Chester, Harriers then won seven of the next ten to cement their place in the early season promotion picture. That said, the Worcestershire club are on a current run of three defeats from four, including exiting the FA Trophy at the hands of Northern Premier League Division One South East side Stamford.

It’s still a considerably better start than Kiddy made to the previous campaign, though. Harriers had won just five of 19 games in all competitions by the end of November, which led to the resignation of then-manager John Pemberton. Jimmy Shan then took interim control before soon departing for Solihull Moors, which saw former former Kiddy midfielder Russ Penn take the reins on a caretaker basis. Penn’s appointment was made permanent in April, as Harriers sought continuity and stability amid the uncertainity of 2020.

Penn has added a solid mix of youth and experience to his squad. Recent arrivals include young full backs Alex Penny (from Boston United) and Caleb Richards (on loan from Norwich City), while former Fylde captain Lewis Montrose adds quality to Harriers’ midfield. Kiddy did lose the dangerous duo of Ashley Chambers and Ed Williams in the summer, but in came former Buck Amari Morgan-Smith, who bagged 15 league goals for Alfreton last season, and Omari Sterling (formerly of Mansfield Town and Solihull Moors). Morgan-Smith and Sterling join top scorer Ash Hemmings in a pacy and powerful front three that is likely to cause most teams headaches – only Kettering Town and Stamford have shut Kiddy out so far this term.

Telford beat Harriers 2-0 when the sides met at the start of the 2019/20 campaign, with the game at Aggborough cancelled due to the curtailment of last season.

The Bucks are without a win in three league outings but have picked up seven points from the last 12 available on the road, and a win on Monday could see Gavin Cowan’s men climb as high as 4th.

You can watch a live stream of the game provided by our hosts this Monday. 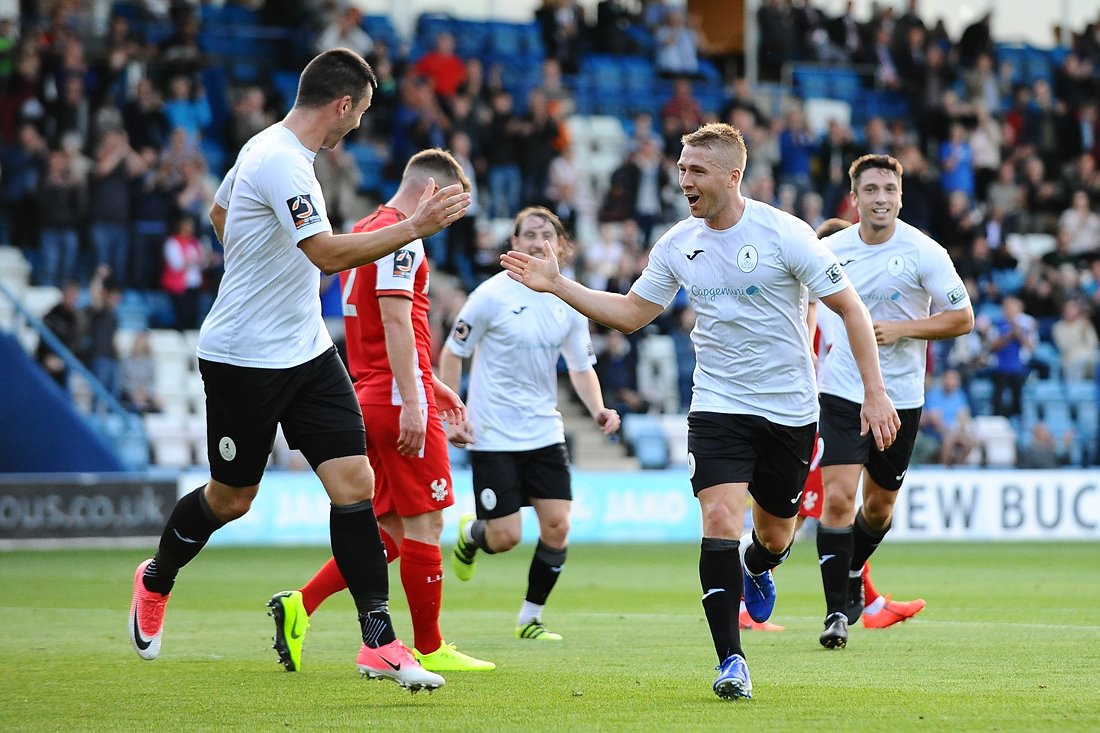