"Bucks aim to rediscover solid foundations ahead of Quakers clash"

The Bucks will be looking to get back on track this weekend at Darlington.

The Quakers have only managed to complete three league games so far this season. But while other teams with a lower games played tally will point to coronavirus, in Darlo’s case it is largely due to their impressive run in the FA Cup.

The County Durham club are still in the competition, in fact, and will face Bristol Rovers in the second round later this month. To get there, the Quakers have beaten four teams including League One Swindon Town, who Darlo saw off 2-1 away in the last round.

Back in the league, Darlington currently sit in 19th spot having picked up three points from their three league games so far. Defeats to AFC Fylde and Kidderminster Harriers were followed up with a comfortable 3-0 win over Curzon Ashton. Meanwhile, Tuesday night’s clash with Boston United was abandoned in the 87th minute after a severe head injury to defender Nicky Hunt – Hunt has since been given the all clear.

Hunt was one of a few notable additions that Alun Armstrong made to his squad this summer. Veteran defender Hunt made 25 appearances for Crewe Alexandra last season as they won promotion to League One. Another experienced defender, Tony McMahon, also arrived having previously spent his whole career in the football league. Meanwhile, up front, the Quakers landed Luke Charman and Dan Maguire. Former Blyth Spartans man Maguire has yet to make a real mark at Blackwell Meadows but Charman, prolific during his time in the Newcastle United academy, has already notched four goals this campaign – making him Darlo’s top scorer.

The Quakers finished 10th last term and won 2-1 at the New Bucks Head just before the season was cut short, but the Bucks won 3-2 when the sides met at Blackwell Meadows.

After three clean sheets from the opening five games, the Bucks have gone four without a shut out or a win. And with injuries hitting Gavin Cowan’s small squad, the Bucks boss could be forced to add reinforcements ahead of Saturday’s long journey north. In any case, Cowan will no doubt be hoping for a repeat of last season’s result, as the Bucks look to halt a four-game winless run.

Supporters are not currently allowed to attend National League North fixtures, but you can watch a live stream of the game provided by Darlington. Coverage starts approximately 15 minutes before kick off. 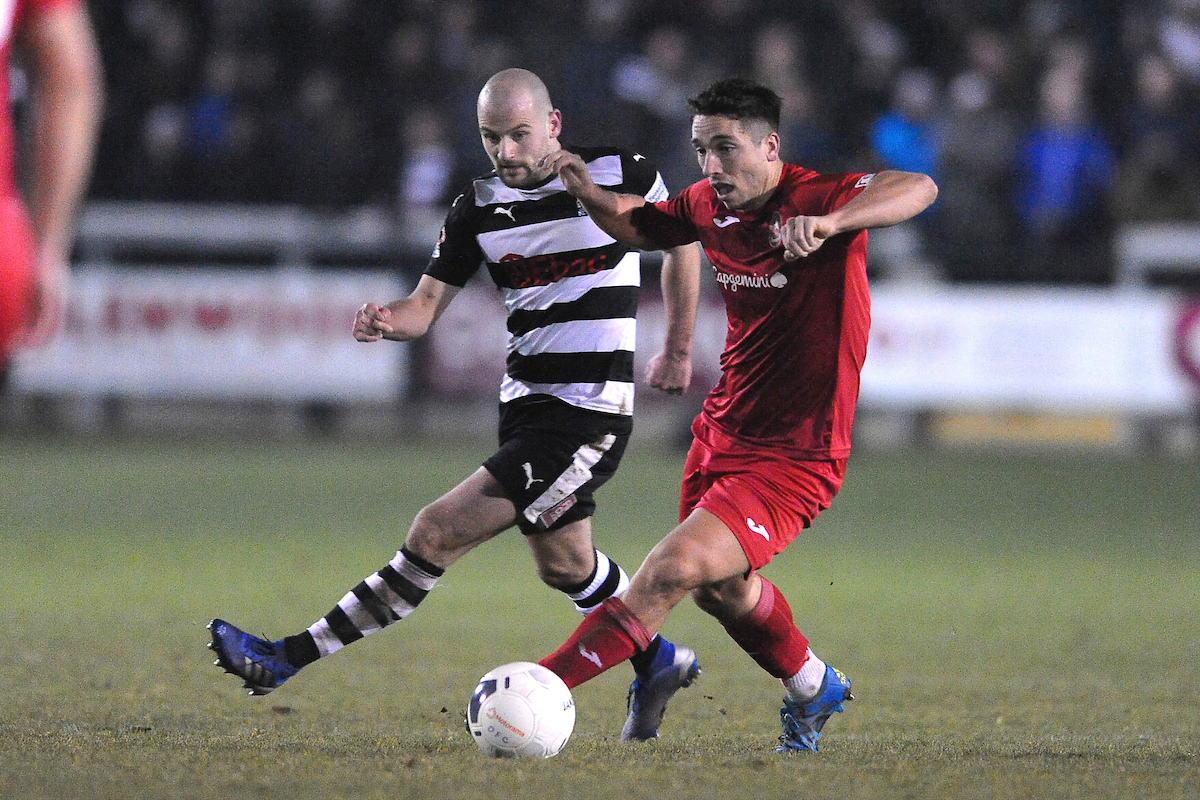 Regarding the West Stand and the associated areas and following the press release from Telford...

League sponsors Vanarama have been busy assessing the season so far - and what’s to...

Greenhous Vauxhall renew their sponsorship at AFC Telford United. There has been a long term...