"Bucks after more success on the road at Avenue"

The Bucks head to the Horsfall Stadium this Saturday to take on Bradford (Park Avenue).

After reaching the playoffs in 2018 and 2019, Avenue had a torrid time of it last season. The West Yorkshire club won only six games in all competitions during the 2019/20 campaign and were a long way from safety at the bottom of the league when the campaign ended early, having picked up just 20 points from 33 games.

Avenue’s slump last season had a lot to do with the departure of boss Mark Bower, which triggered a summer exodus that saw the West Yorkshire club’s fortunes take a dramatic dip in just a few short months. Bower’s replacement, Garry Thompson, was sacked after just two games – back-to-back 5-0 defeats – with former Kettering Town boss Marcus Law then taking the reins. By October 2019, though, Bower and his assistant Danny Boshell were back in the Horsfall hotseat. But with a much-changed squad, the pair struggled to turn results around. In March there were glimpses of better times ahead for Avenue when they picked up successive wins against Chester and eventual champions King’s Lynn Town. But despite those victories, Bradford remained in the drop zone all season.

Granted a reprieve from likely relegation, Bradford have made a better, if not inconsistent, start to the new season. After three straight defeats in league and cup to start the campaign, Avenue went four unbeaten, including holding leaders Gloucester City in an exciting 4-4. Defeat to Southport on Tuesday night means that Bradford currently sit 12th with eight points from seven games.

Bower has lured some of his previous squad back to the Horsfall Stadium, including former Telford captain Luca Havern, dependable full back Ryan Toulson and experienced winger Nicky Clee. Another ex-Buck Jake Hibbs arrived from Spennymoor Town in the summer, while up front Oli Johnson continues to be Bradford’s main source of goals.

The Bucks picked up a first away win of the season last Saturday at Darlington, and Gavin Cowan’s men have won on both of their previous visits to Bradford – including a 3-2 victory last season. Avenue have had a new 3G pitch laid since that encounter. But while the playing surface might be different, the Bucks will be looking to keep the away day success coming this weekend.

Supporters are not currently allowed to attend National League North fixtures, but you can watch a live stream of the game provided by Bradford. Coverage starts at 2.50pm. 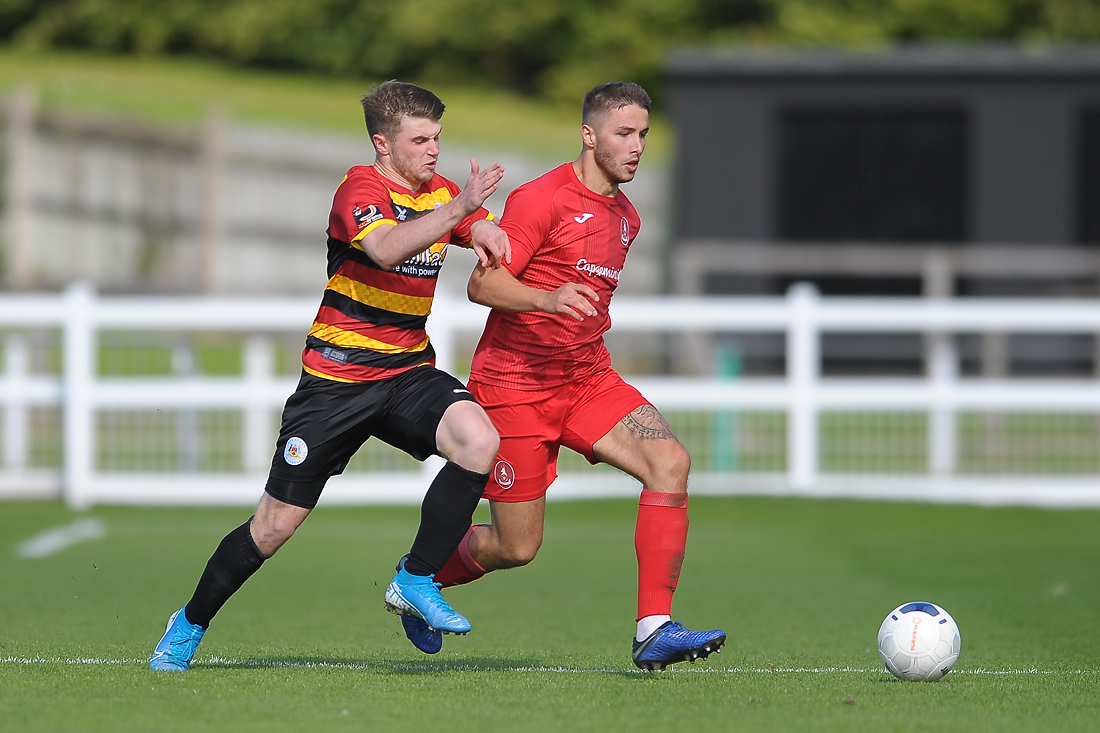 Walker looks ahead to the trip to Curzon Ashton

Adam Walker insists that the Bucks need to put right their wrongdoings and says "it's up to us to...

The Bucks face North East opponents for the second weekend in a row. The fixture will not be...