"Bucks looking to march on against the Saints"

The Bucks have another tricky tie this weekend when Gavin Cowan’s men visit promotion-chasing Brackley Town.

The Saints lost two of their first three games of the season, but 11 points from the next 18 available have seen the Northamptonshire club start to climb the table; Kevin Wilkin’s side currently occupy the final playoff spot.

Wilkin’s squad remains largely the same as last season. And after back to back 3rd place finishes, Brackley will again be aiming for promotion. To help them in that quest, Wilkin has brought in experienced defenders Thierry Audel and Kelvin Langmead, while the dangerous Dan Holman – who scored 15 goals in 25 games for Kettering Town last season – also arrived at St James Park this summer.

It’s Lee Ndlovu and James Armson who continue to carry much of the Saints’ threat though, with Armson leading the way so far this season with five goals to his name.

St James Park hasn’t been a happy hunting ground for the Bucks, having failed to win on any of the last five visits to Brackley – a run stretching back to 2013. The Saints won 3-1 when the sides met in Northamptonshire in February, but Telford triumphed 2-1 at the New Bucks Head at the start of the last campaign.

Tuesday’s 4-3 victory against Gloucester City saw the Bucks chalk up their first back-to-back league wins since the turn of the year, though, and Gavin Cowan’s men will be hoping to make it three in a row this Saturday. 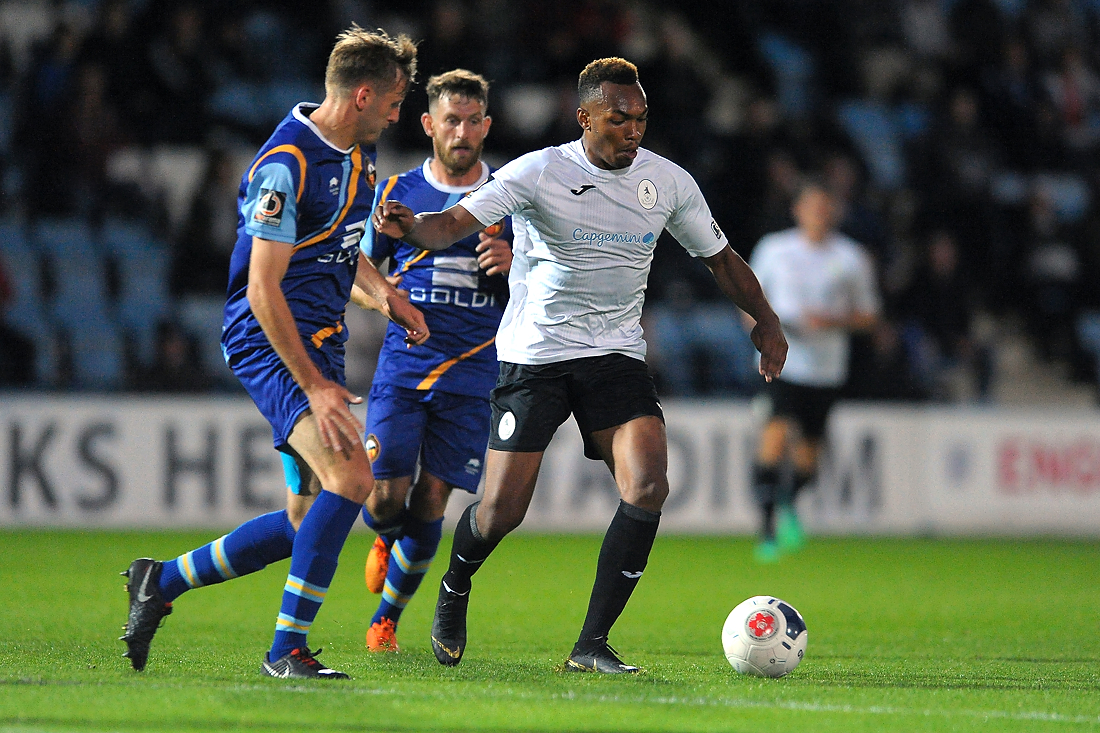 Gavin Cowan has called on his players to show “courage and character to turn the tide” as the...