The Bucks face another contender for promotion this weekend, as we travel to Lincolnshire to take on Boston United this Saturday.

Gavin Cowan’s men have already beaten Brackley Town and Gateshead this season, shutting both teams out in the process, and face another of the promotion favourites again this weekend.

The Pilgrims have made steady progress under boss Craig Elliott since his appointment in November 2017. The Yorkshireman previously led Shaw Lane to three promotions in four seasons, and after finishing 9th and 11th in the previous two campaigns, Boston secured a 3rd-place finish last year before falling to a narrow 1-0 defeat against Altrincham in the playoff final.

That loss to Alty was one of only three suffered by Boston in 16 outings during this calendar year. The Pilgrims began the current campaign with a bang too – beating AFC Mansfield 4-2 and Leamington 4-0 – before the squad had to self-isolate after some players contracted COVID-19. That led to the Pilgrims reluctantly pulling out of this year’s FA Cup, while league matches with Guiseley and Bradford (Park Avenue) have been postponed as a result.

Boston had the league’s 4th-best defence last season but scored a comparatively low number of goals – their tally of 46 was the lowest of sides finishing in the top seven and five fewer than the Bucks.

Jordan Thewlis and Dominic Knowles were responsible for many of those strikes, but the latter has since departed for Curzon Ashton. It’s perhaps unsurprising then that Elliott moved to improve his side’s cutting edge with the arrivals of Jordan Archer, Conor Dimaio and experienced trio Paul Green, Terry Hawkridge and Jordan Burrow.

Boston beat the Bucks twice last season, winning 1-0 at York Street and 3-1 at the New Bucks Head. In fact, Telford have not won at Boston since February 2011, losing four of the last five visits. But the Bucks’ luck could be in this time around, as the game will be played at The Northolme, home of Gainsborough Trinity, while building work on Boston’s new ground is completed.

Cowan’s men have conceded just twice in five games so far and remain unbeaten in the league. But the Bucks are yet to win in regulation time on the road this campaign, with all three of this season’s away games finishing level after 90 minutes. The Bucks will of course be looking to change that this weekend, as we look to continue our fine start to the league campaign. 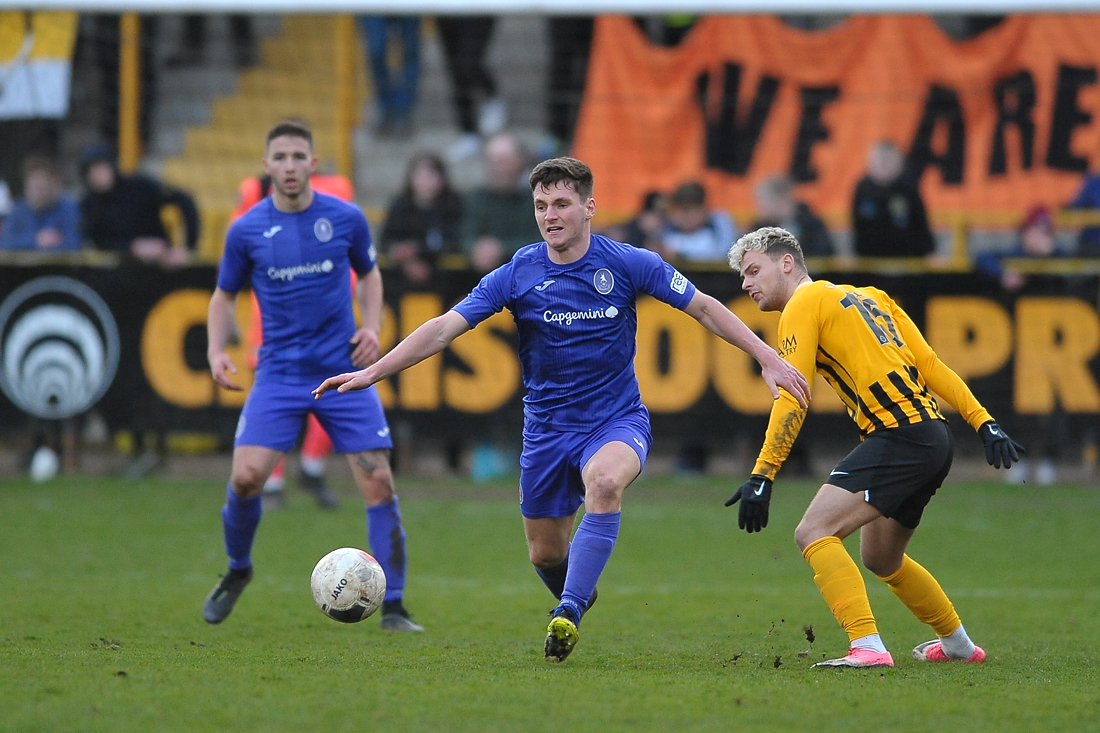 A new date for our National League North fixture away at Kidderminster Harriers has now been...

Telford are in FA Trophy action again this weekend, when Gavin Cowan takes his men to Guiseley for...

Tickets for the Junior Bucks Christmas Party are now sale. The event begins at 6pm on Thursday...