The Bucks are in FA Trophy action this weekend when we will make the short trip to Stourbridge for a Third Round clash.

Led by joint managers Leon Broadhurst and Stuart Pierpoint, the Glassboys have a number of familiar faces in their squad. Former Bucks currently turning out for the West Midlands club include Lee Vaughan, James McQuilkin, Darryl Knights, Greg Mills and Ben O’Hanlon. Meanwhile, up front, Stourbridge can turn to two notable non-league names in Reece Styche and Jason Cowley – the latter was also previously with the Bucks on dual-registration but didn’t play a competitive a game. The Bucks will have to keep a close eye on 14-goal top scorer Montel Gibson as well.

Despite an impressive squad on paper, Stourbridge got off to a very slow start this season. The Glassboys didn’t win any of their opening ten games in league and cup across August and September. Ten wins from their last 15 in all competitions, however, have revived their fortunes somewhat.

Stourbridge currently sit 13th in the Southern League Premier Central and have won three times on the road (at Redditch United, Carlton Town and Hemel Hempstead Town) to reach this stage of the Trophy.

It’s only the fourth that the Glassboys have made it as far as the Third Round of the FA Trophy. Their best performance came in the 1970-71 season when they reached the quarter finals where they were knocked out by Yeovil Town – the Bucks won the competition that season, overcoming Stourbridge’s conquers, Yeovil, in the semi final before beating Hillingdon Borough 3-2 in the final.

In more recent times, though, the Bucks have been knocked out of the Trophy before Christmas in each of the previous two campaigns, last year losing out to Darlington on penalties in this round. But Paul Carden’s tenure with the Bucks got off to the perfect start with a 4-0 win at Felixstowe and Walton United, and the Bucks will be looking for a similar performance at the War Memorial Athletic Ground this Saturday.

You can buy tickets in advance via the Stourbridge website, and read our match day guide for more information. 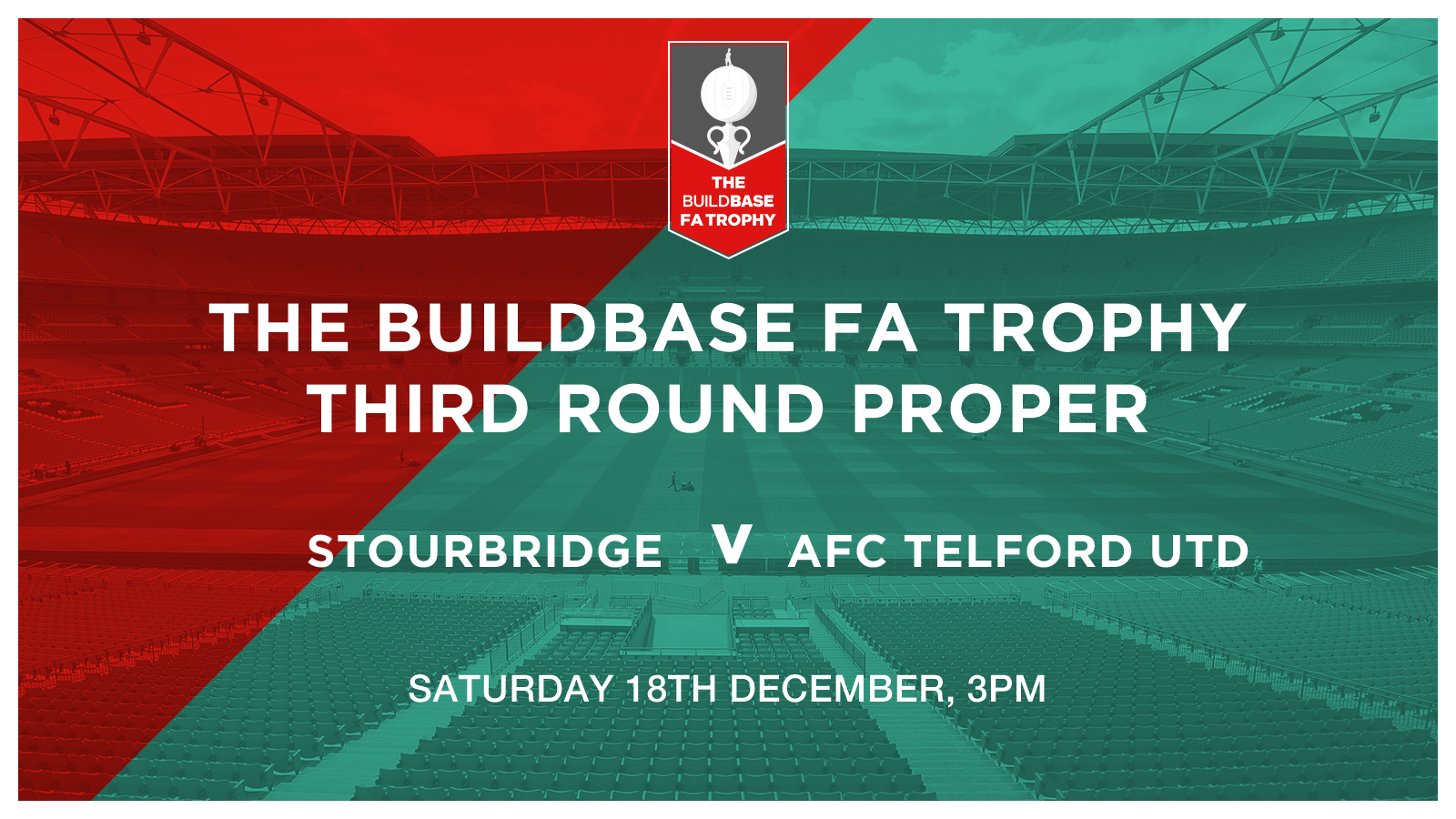 AFC Telford United can confirm that the National League have given us the all clear to return back...