The Bucks head to Kettering Town on Tuesday hoping to build on a positive start to the season.

After narrowly missing out on the playoffs last season, the Northamptonshire club, who play at Burton Park Wanderer’s Latimer Park, decided to rip things up and start again over the summer.

The Poppies finished 8th, just two points behind 7th-placed Boston United, but fundamental differences between manager and club led to the departure of boss Ian Culverhouse in May – Culverhouse had himself only taken the reins in January following Paul Cox’s departure to Boston.

The new man in charge is former Corby and Grantham boss Lee Glover, who arrives with the stated aim of building a young and dynamic team. And Glover has certainly been busy this summer, overseeing an almost complete overhaul of the Kettering squad.

Keeper Rhys Davies, left back Alex Brown and attacker Jordon Crawford have all left to link up with former boss Cox at Boston. Two other key players in centre half and former Buck Connor Johnson and tenacious midfielder Connor Kennedy joined for Peterborough Sports, with other departures including Connor Barrett (AFC Fylde) and Callum Stead (Brackley Town).

Understandably, then, a raft of new faces have been brought in, including Andre Wright and Keaton Ward who both turned out for Paul Carden’s Bucks last season.

Elsewhere, young stopper Cameron Gregory is the new number one following his release from Shrewsbury Town, while striker Jordan Graham joins from Rushden & Diamonds. Glover, a former Peterborough United assistant, has also used his connections at London Road to loan in youngsters János Bodnár and Andrew Oluwabori, with the latter particularly impressing on the wing so far.

The Poppies have taken the lead in both of their games so far this campaign, but they weren’t able to hold on to all three points in either; a 2-1 opening day defeat at Fylde was followed with a 1-1 draw with Bradford Park Avenue on Saturday.

Telford haven’t won at Kettering since 2009 but are unbeaten in four against the Poppies. The last three of those match ups have all been draws, including both of last year’s encounters that each ended in 2-2 draws – the home sides recovering from 2-0 down on both occasions.

The Bucks have four points from the two games so far, and Paul Carden’s men will look to build on that positive start on Tuesday night.

This fixture will be an all ticket game. You can buy tickets in advance via the Kettering online shop. 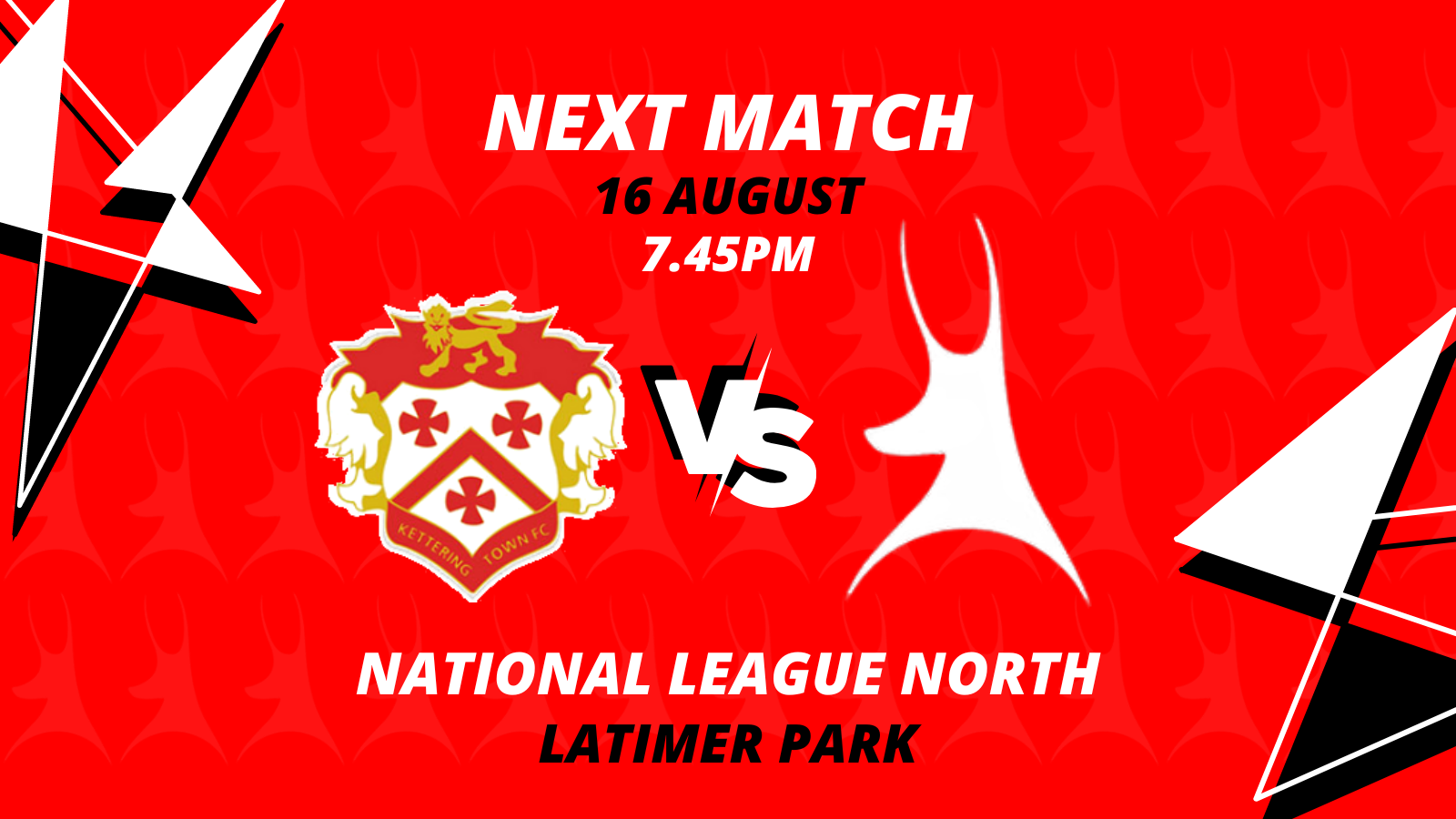