"Bucks hope to beat the freeze on Tuesday"

A pitch inspection will be taking place on Tuesday afternoon.

The Bucks are hoping to beat the freeze to welcome Kettering Town to the New Bucks Head this Tuesday.

After narrowly missing out on the playoffs last season, the Northamptonshire club decided to rip things up and start again over the summer. The Poppies finished 8th, just two points behind 7th-placed Boston United, but fundamental differences between manager and club led to the departure of boss Ian Culverhouse in May – Culverhouse had himself only taken the reins in January following Paul Cox’s departure to Boston.

The new man in charge is former Corby and Grantham boss Lee Glover, who arrives with the stated aim of building a young and dynamic team. And Glover was certainly busy over summer, overseeing an almost complete overhaul of the Kettering squad.

Keeper Rhys Davies, left back Alex Brown and attacker Jordon Crawford have all left to link up with former boss Cox at Boston. Two other key players in centre half and former Buck Connor Johnson and tenacious midfielder Connor Kennedy joined for Peterborough Sports, with other departures include Connor Barrett (AFC Fylde) and Callum Stead (Brackley Town),

Understandably, then, a raft of new faces have been brought in, including former Buck Keaton Ward and full back Ellis Myles, who Kevin Wilkin knows well from his time at Brackley Town. However, the Poppies’ early season star, Peterborough United loanee Andrew Oluwabori, has now linked up with Yeovil Town.

Kettering have won just one of their five fixtures since Oluwabori departed and are winless in four, but they did beat the Bucks 2-0 when the sides met earlier in the season. AFC Telford tend to do well against the Poppies on home soil though, winning two and drawing one of the last three encounters at the New Bucks Head. Kevin Wilkin will hope that his men can continue that run on Tuesday night. 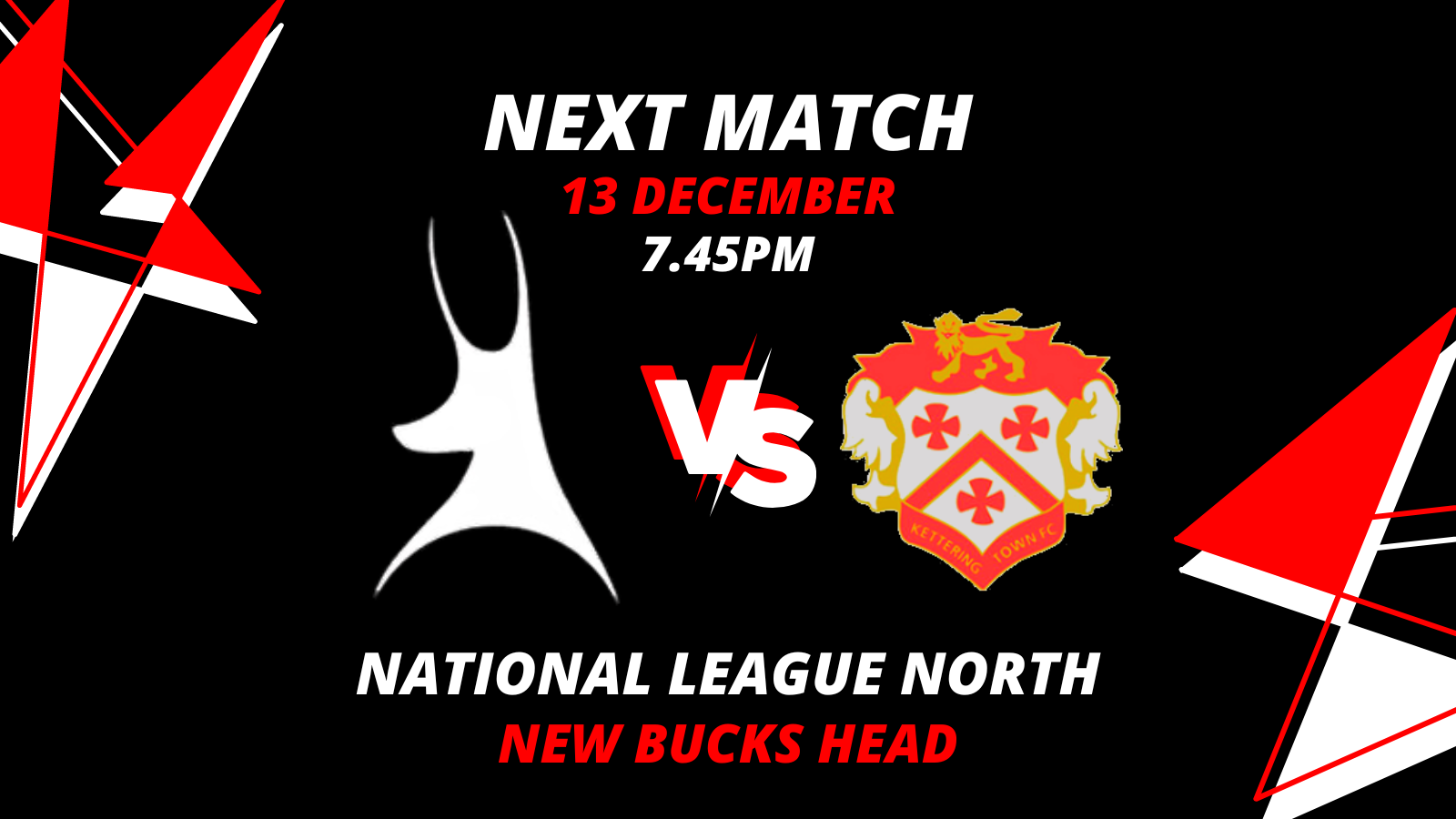 AFC Telford United can confirm we have terminated the contract of Sam McLintock with immediate...

Tickets are now available for The Dugout Bar on Boxing Day

AFC Telford United can confirm we will be opening the Dugout Bar on Boxing Day for those supporters...