"Carden hoping for a day to remember against the Poppies"

After two weeks without a game, the Bucks are finally back in action this Saturday, when Kettering Town the visitors to the New Bucks Head.

Paul Carden’s tenure with the Bucks got off to the perfect start with a 4-0 win at Felixstowe and Walton United in the FA Trophy a fortnight ago. And the new Bucks boss will no doubt be hoping for a similar performance this weekend as he takes charge of his first league game in the Telford dugout.

The clash with the Poppies is, of course, also the first time that Carden will take charge of the Bucks in front of the Telford faithful. And Carden will have his men fired up to face a Kettering side that has lost seven of their last ten games in all competitions.

Still led by Paul Cox, the Northamptonshire side made a decent start to the season, losing just two of their opening 12 games. But their form has fallen off in recent weeks, and they’ve slipped to 16th in the table.

The Poppies come into this weekend’s game on the back of three straight defeats, in each which they’ve concede three goals – including back-to-back 3-0 defeats at struggling Gloucester City and Hereford.

But despite recent defensive struggles, Kettering still have the 10th best defensive record in the league. Meanwhile, in Callum Powell they boast one of the league’s deadliest marksmen – the Poppies poacher has nine goals to his name so far this season.

While Telford haven’t won at Kettering since 2009, the Bucks have run out 3-1 winners on each of the two previous meeting between the sides at the New Bucks Head. If Carden and his men can keep that record going, the Bucks will take their first steps to climbing up the table. 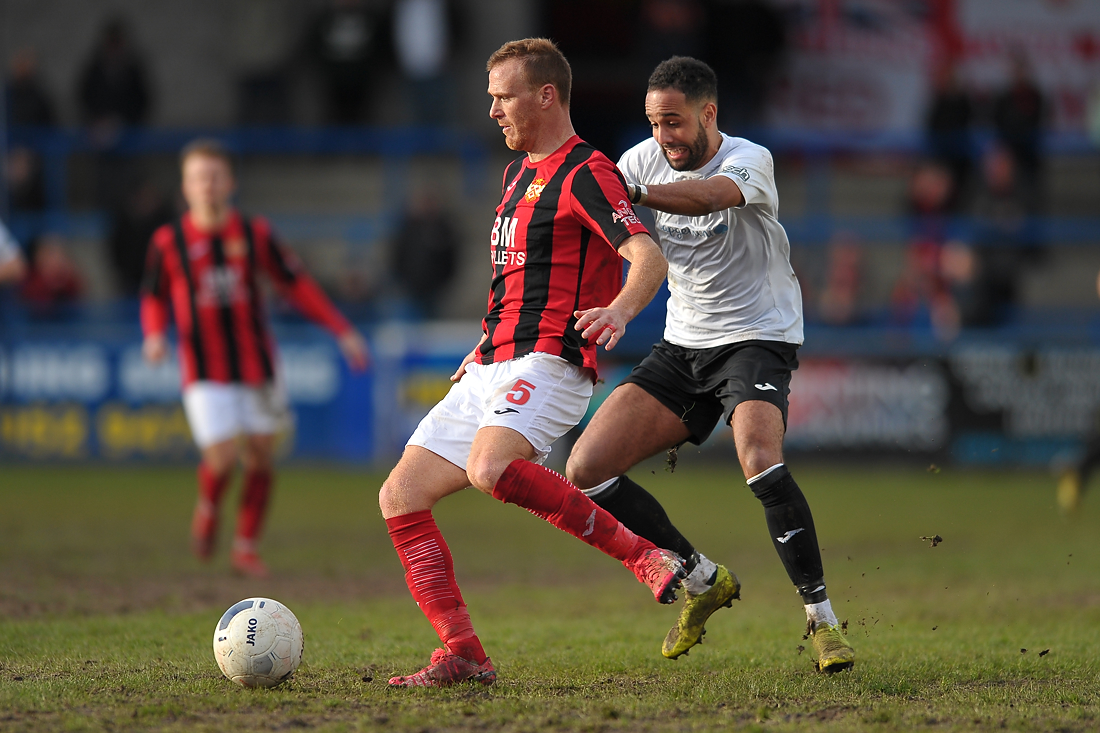 The Bucks make their final away trip of the season this Monday, and Paul Carden will hope it brings...

The Bucks are back on the road on Saturday afternoon when they travel to Curzon Ashton's Tameside...