"Bucks take on Tigers in search of back-to-back wins"

Telford travel to New Meadow Park this weekend to take on Gloucester City.

The Tigers sat top of the table when the 2020/21 season ended early, but have picked up just five points from nine games so far this campaign and were dumped out of the Cup by Folkstone Invicta.

Gloucester’s change in fortunes is strongly linked to the departure of manager James Rowe to Chesterfield last November. Rowe’s Tigers went undefeated during their opening nine league games last term, picking up 23 points from 27. But after Rowe left, taking four key players with him, City lost the next two and earned a comparatively lowly total of 12 points from the next 27 on offer.

And that decline in form has continued into this season. While City picked up four points from their opening two games, their next five fixtures yielded five defeats, 18 conceded and only two goals for – a run that led to the end of Paul Groves time in the Tigers’ dugout. Former Torquay United stalwart Lee Mansell currently holds the reins on an interim basis. While City have improved defensively under Mansell, conceded only twice in three games, they are yet to score during his time in charge.

Having previously added experienced centre half Ben Nugent to his squad, Mansell has this week brought in 18-year-old striker Ollie Hulbert on loan from Bristol Rovers to try and change the Tigers’ fortunes in front of goal. Hulbert scored 13 goals for Cardiff Met in the Welsh Premier League last year. Meanwhile, last season’s National League North top scorer, Matt McClure, remains with the Tigers and is returning to full fitness after a brief spell out. McClure bagged 12 league goals during last term and has registered another two so far this campaign.

Telford’s away record at Gloucester is perfectly poised on three wins, three defeats and a draw, although the Tigers hammered the Bucks 4-1 in last season’s corresponding fixture. A lot has changed since then of course. And the Bucks, buoyed by last Saturday’s first win in eight games, will be hopeful of picking up their first points on the road this season.

You can buy tickets in advance via the Gloucester Sport website. For more information, read our away day match guide. 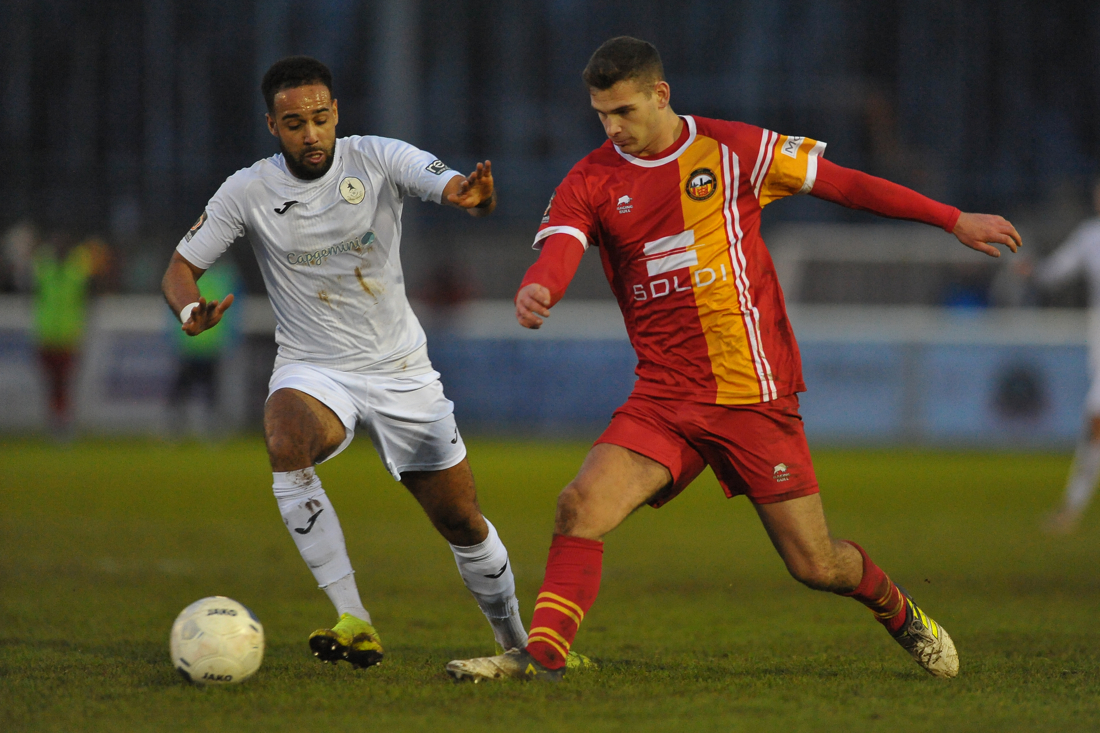 AFC Telford United can confirm the departure of Brayden Shaw and Lamine Sherif. Both players...