Telford will be looking to get their campaign back on track this weekend when Farsley Celtic visit the New Bucks Head.

Saturday’s fixture marks the start of a run of games for the Bucks against sides just above them in the table. During the next five matches the Bucks will face the sides currently occupying 17th, 18th and 20th spots, as well as this weekend’s visitors, Farsley, who are 16th.

Celtic began the season unbeaten in four, winning their opener before drawing three in a row. But four straight defeats in all competitions then followed, including a 6-0 thumping at Spennymoor and a 3-0 FA Cup upset at City of Liverpool. The West Yorkshire side stopped the slide last weekend, though, with a good 2-0 win over high-flying Curzon Ashton.

Adam Lakeland has been in charge at the Citadel since 2017 and, having led Celtic into the National League North, has steered his side to comfortable back-to-back mid-table finishes during the two Covid-affected campaigns.

Lakeland has retained the core of his squad, although a smattering of ins and outs took place during the offseason. Dependable keeper Steven Drench retired in the summer leaving a battle for the number one shirt, while tough-tackling centre half and captain, Danny Ellis, departed for Darlington at the end of September. Notable arrivals include experienced campaigners Sam Walker, in midfield, and former Bradford City dangerman James Hanson, with promising centre half Ben Blythe arriving on loan from Doncaster to fill the gap left by Ellis.

Farsley just shade the head-to-head record between the clubs, having won three to the Bucks’ two, as well as the draw that was played out at the Citadel in January 2020. However, Telford have won two of the three meetings at the New Bucks Head, although Celtic won 2-0 on their last visit in December 2019. Last season’s home fixture was a victim of the shortened season; Farsley ran out 2-0 winners in Yorkshire when the sides last met last December.

Telford have kept clean sheets in two of their three league games at the New Bucks Head so far, and Dennis Greene’s men will be hoping for another shutout as they look to put an end to a sequence of eight games without a win. And the Bucks may well fancy their chances at the other end against the league’s second worst defence. 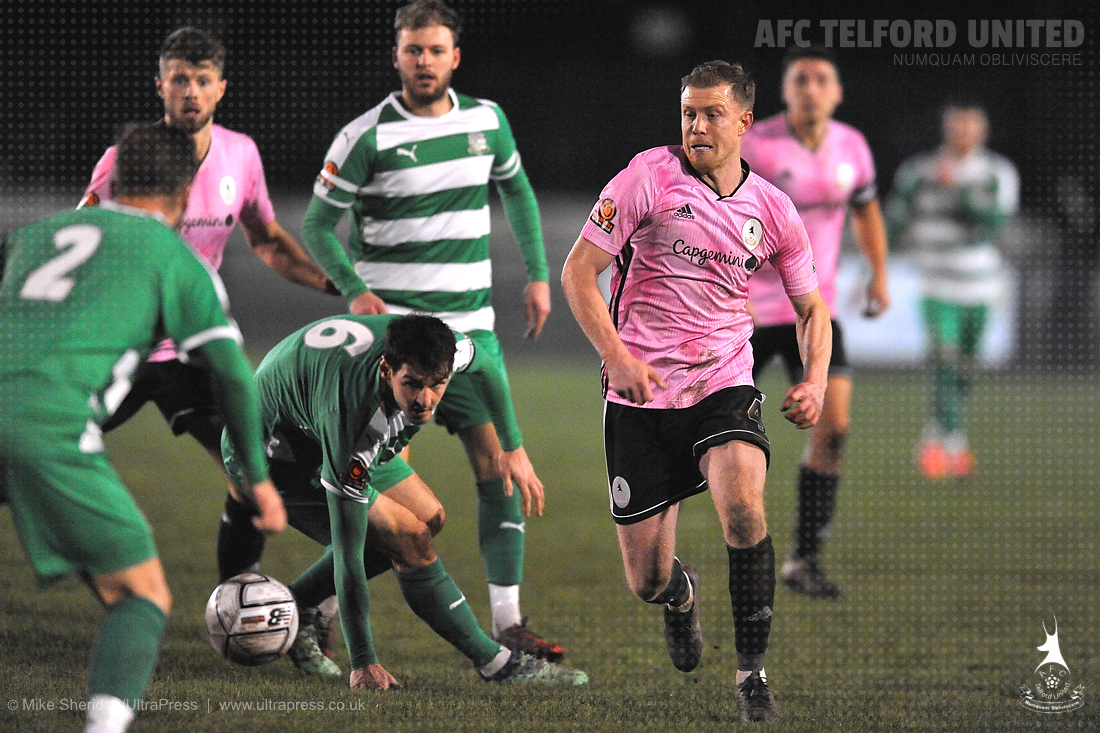