The Bucks are preparing for another crunch clash this Tuesday, when Kevin Wilkin’s men host Farsley Celtic.

The two sides finished level on 37 points last season, both narrowly avoiding relegation on the last day of the season. It’s perhaps of little surprise, then, that both clubs find themselves at the wrong end of the table again – albeit 20th-place Celtic lifted themselves out of the drop zone with a 3-1 win over Banbury on Saturday.

Like the Bucks, Farsley went through three managers last season. After Adam Lakeland left for Curzon Ashton in October, Neil Ross held the reins for a brief and unsuccessful spell before Russ Wilcox took charge at the start of February. In his first role as manager, Wilcox led Scunthorpe United to a 2nd place finish in League Two during the 2013/14, going unbeaten in his first 28 games – an unofficial world record at the time. But after a poor start to life in League One, Wilcox left Scunthorpe and moved on to York City. He left Bootham Crescent in October 2015 after just one year with the Minstermen.

Farsley have won three and lost three of their last six games, while this season they’ve claimed notable away wins at Kidderminster and Brackley. However, Celtic tend not to fare so well at the New Bucks Head. The Bucks have won three of the last four meetings between the sides in Shropshire, including a much needed 2-0 win last October that ended a run of six straight defeats. With the Bucks coming into the game on a similar run of form, Kevin Wilkin will be hoping for a repeat of that result, as the Bucks look to kick start their season. 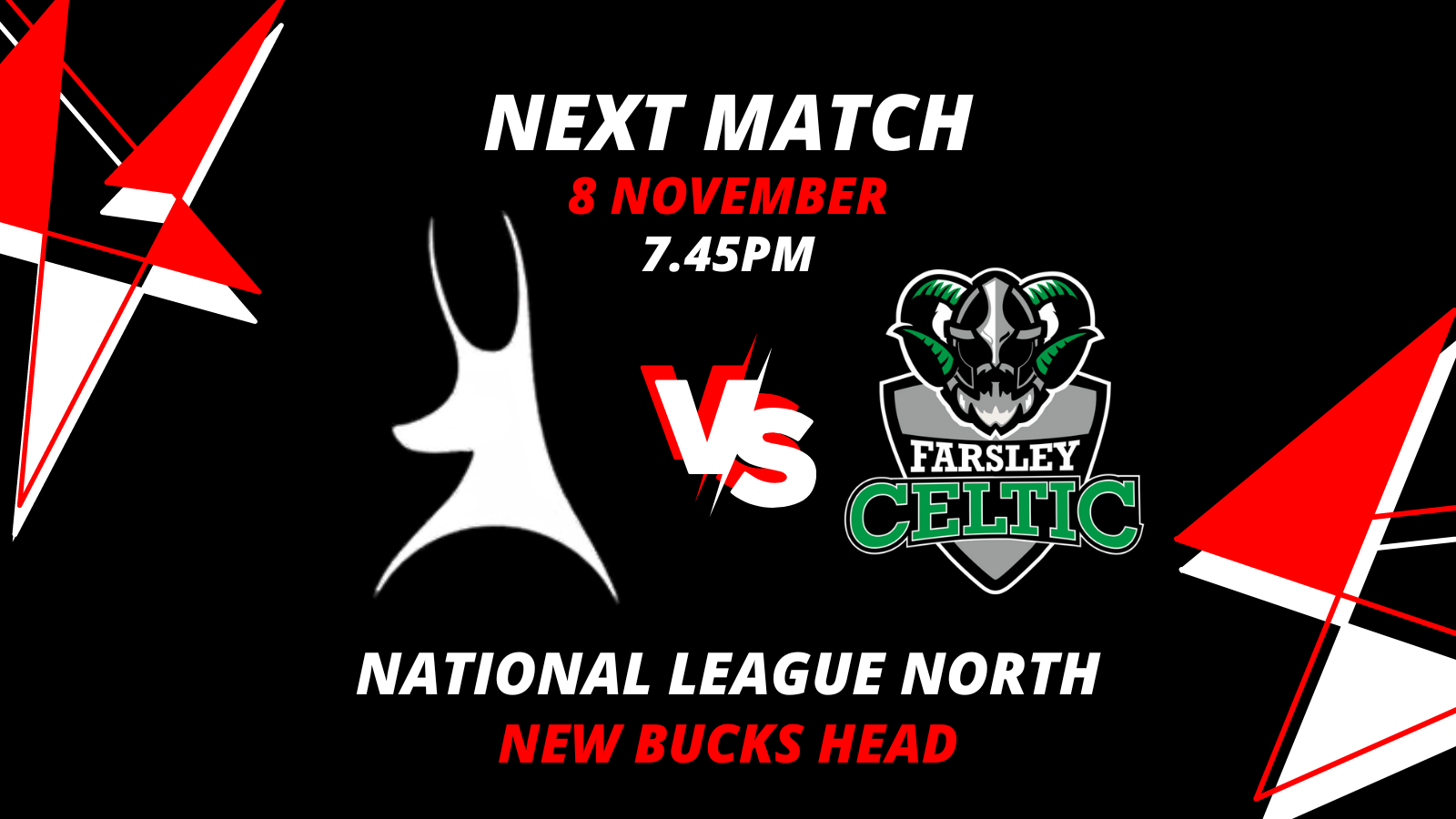 AFC Telford United remain a point clear at the top of the West Midlands Regional League North after...

We would love to see your ideas for a Limited Edition AFC Telford United blackout shirt. This will...