"Telford travel to Tameside to take on the Nash"

The Bucks travel to Tameside this Saturday to take on Curzon Ashton.

The Nash started the season in fine form, winning seven of their first nine games in league and cup. However, manager Steve Cunningham was surprisingly sacked in mid-October, and the Tamesiders haven’t been able to keep up their blistering early-season form.

The new man in charge at the Tameside Stadium is Adam Lakeland, who arrived from Farsley Celtic at the end of October. After a difficult settling in period during which Curzon won just two of 12 games, Lakeland seems to have got his new charges firing; three wins from the last five have kept the Nash very much still in the playoff pack in 9th.

Plenty of new faces arrived on Tameside in the Summer. Former Hednesford winger Adam Thomas, who joined the Nash after a spell at Stockport County, has impressed with seven goals, while another new man, midfielder Alex Curran, is Curzon’s top scorer with nine goals, including five in his last five appearances.

The Bucks haven’t won on any of their five visits to Tameside, picking up just a single point from the 15 on offer. And while Paul Carden’s men have shone at the home in recent weeks, the Bucks are yet to record an away league win this season. But Carden will be buoyed by back-to-back wins during which the Bucks have scored eight and conceded none – the Bucks’ first consecutive clean sheets since December 2019. And having already beaten a side managed by Adam Lakeland this season, the Bucks will be eager to break both their away day and Tameside ducks this weekend.

You can buy tickets in advance via the Ticket Source website, or read our match day guide for more information. 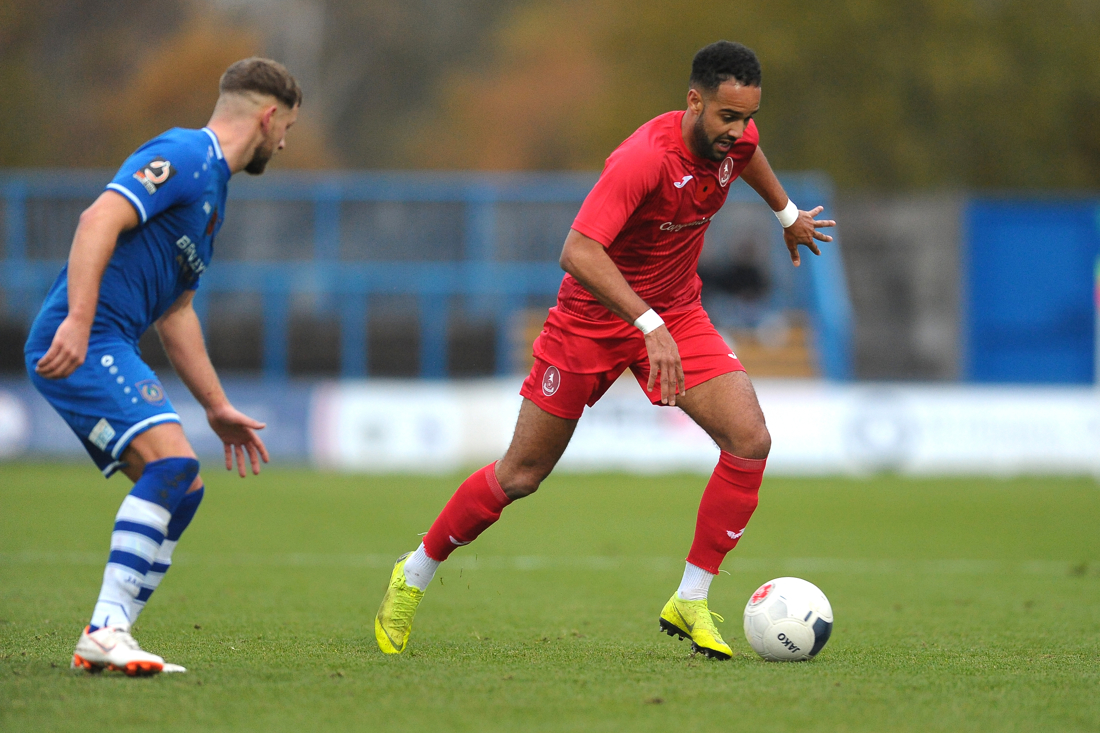 AFC Telford United would like to remind our GoalZone customers that the facilities will remain open...