Telford travel to Bradford Park Avenue on Monday night for a crunch clash at the wrong end of the National League North.

Bradford were lucky to escape relegation during the 2019/20 campaign having been 13 points adrift of safety before Covid cut the season short. Mark Bower has since returned to the Horsfall hotseat, but Avenue have still found themselves struggling for form. Avenue were never too far from danger last season, ultimately ending up two places above the Bucks in 18th.

And, like the Bucks, Bradford appear to be shaping up for another season of struggle. Avenue had only three points from their first ten games, in fact, before four wins from five gave them renewed grounds for optimism. Three defeats in four followed that run, but two goals in stoppage time on Saturday gave Bradford a 3-2 win over Buxton that lifted the West Yorkshire club out of the relegation zone.

Avenue’s squad includes former Telford captain Luca Havern, while dangerous winger Brad Dockerty made a swift return to the Horsfall Stadium in September having left to join Alfreton Town in July. Summer signing Jacob Blyth, who arrived after a spell at Chorley, is Avenue’s top scorer with five goals to his name.

The Bucks, of course, picked up a big win on Saturday too, having previously been without a league win since the opening day of the season. And Kevin Wilkin will hope his men can use that momentum as the Bucks go in search of a first away in the National League North win since November 2020. That last win came at Bradford and, in addition to Saturday’s success, Kevin Wilkin’s men should be optimistic heading into Tuesday’s clash.

Despite a 3-2 defeat at the Horsfall Stadium last season, the Bucks have an excellent recent record against Bradford having won four of the last five games against Avenue, including a 3-0 success at the New Bucks Head in January. If Wilkin’s men can find another win against the side West Yorkshire, the Bucks will take an important step in the battle to beat the drop. 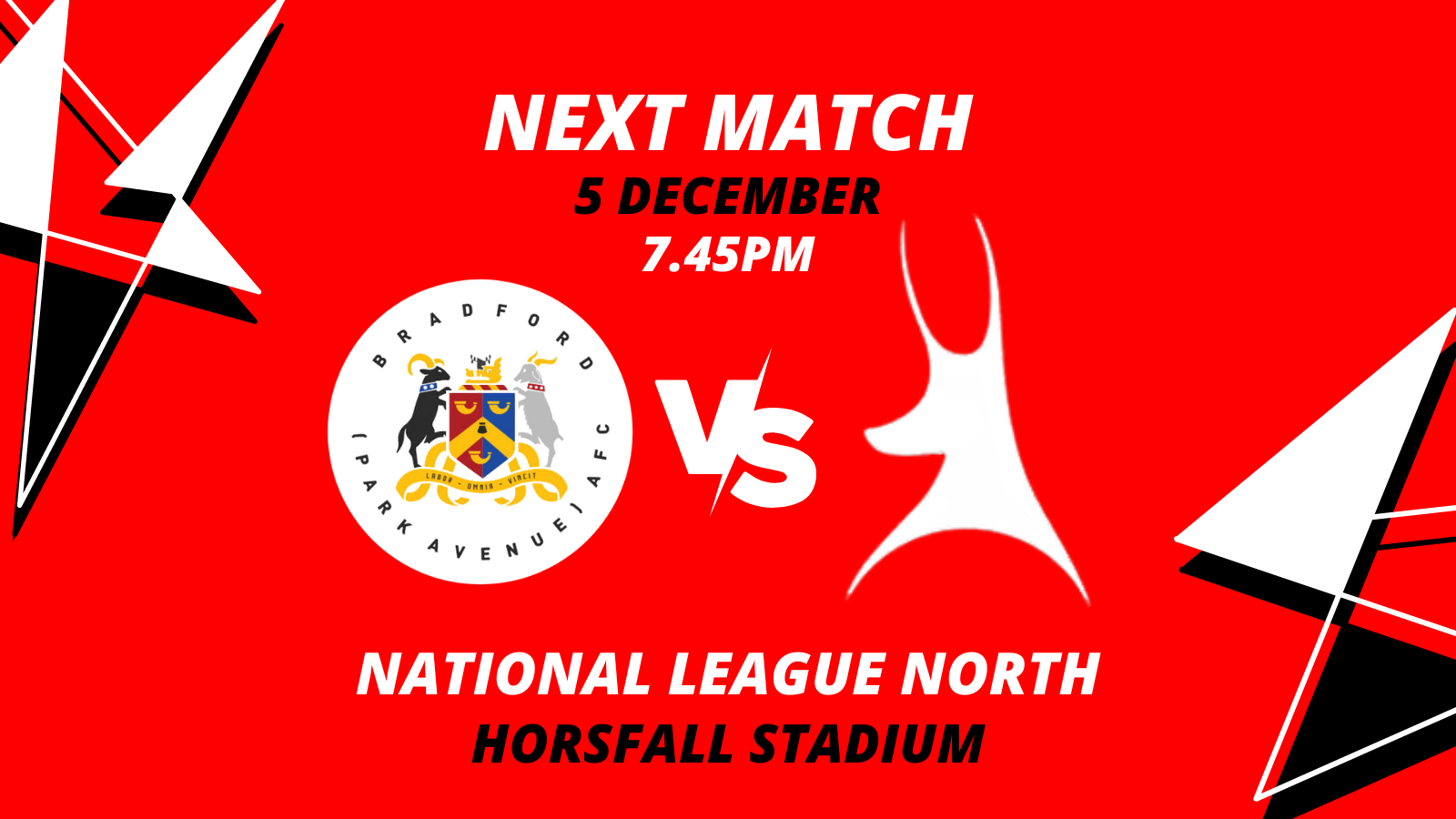 AFC Telford United have revealed a new sponsor for the 2019-2020 season. A new partnership has...

Wolves Women return to the New Bucks Head on Sunday 8th January when AFC Fylde Women are the...

AFC Telford United are delighted to announce that Byron Moore has signed a new deal at the club...