AFC Telford are back in action at the New Buck Head again this Tuesday, when Brackley Town will be the visitors.

Usually slow starters, the Saints got off to a great last season, which subsequently set them up for a tilt at the title. In fact, Kevin Wilkin’s men were one point clear with six games to go, but then won just one of those final half dozen games, allowing Gateshead to sweep to the title. Brackley then lost out to York City in the playoffs.

This term, Brackley have once again not got off to the sharpest start; an opening day victory over Scarborough was followed by three straight defeats. However, the Saints did then go four unbeaten in the league, picking up three wins and three clean sheets in that time, before registering another lose this weekend – a 1-0 defeat at Alfreton. Wilkin’s side are currently 11th.

The Saints have won six of the last ten meetings between the two sides, including both games last season – Brackley won 2-0 at the New Bucks Head and 2-1 at St James Park. But the Bucks did push the then-title-chasing Saints all the way in March’s match in Northamptonshire, so Paul Carden’s men may well fancy their chances on Tuesday. 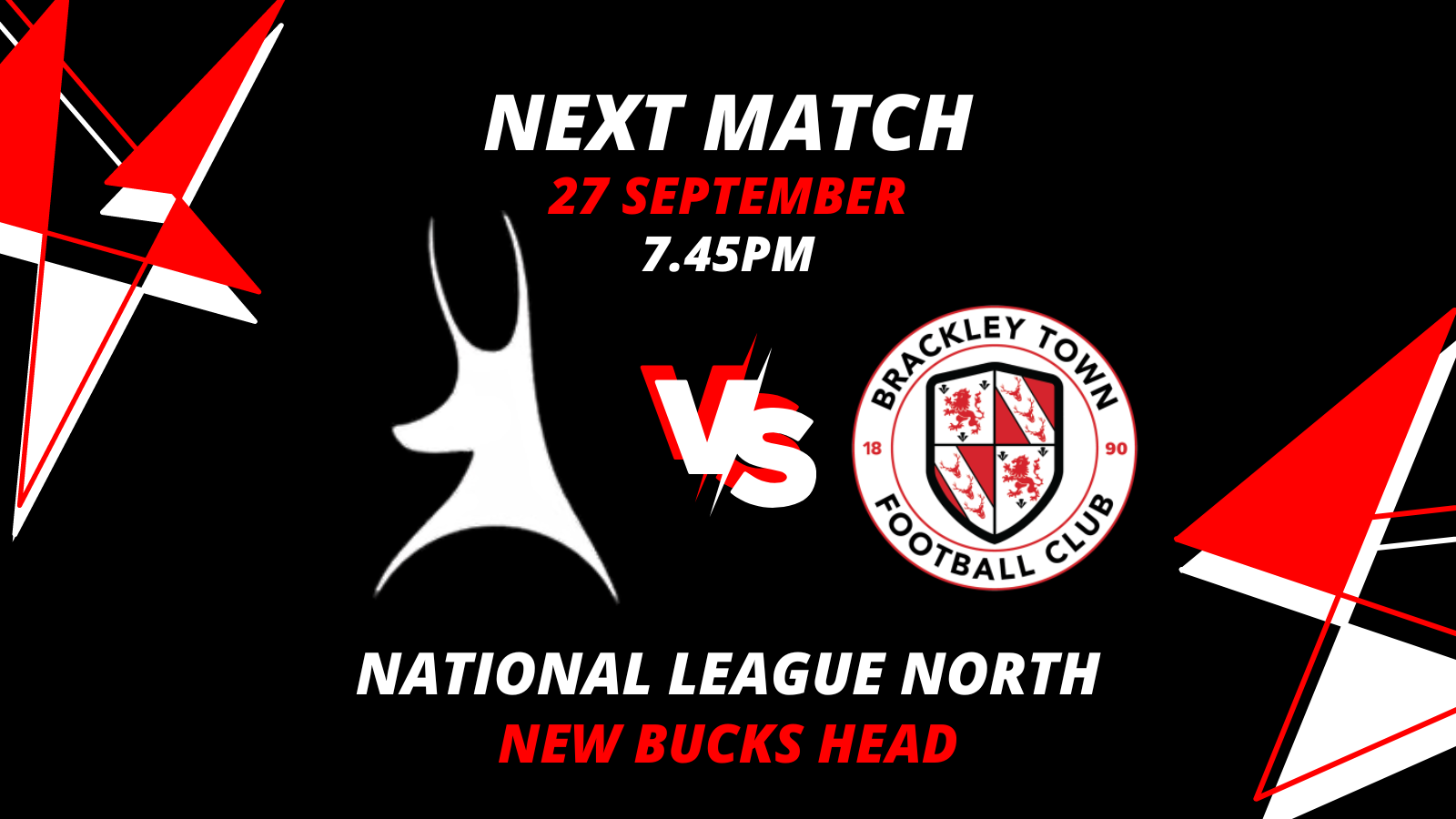 The National League wishes to place on record its gratitude to the Premier League for an advance in...

AFC Telford United’s bid to welcome supporters back to the New Bucks Head for Saturday’s...

Your guide to a matchday at New Bucks Head. AFC Telford United will kick off their National...