After three home games on the bounce, the Bucks are on the road this weekend with a trip to title-chasing Brackley Town.

Regular playoff participants, Kevin Wilkin’s side have finished either 3rd or 4th in each of the past three seasons, but this year they look primed for a tilt at the title.

While the Saints usually feature towards the top of the table, their recent campaigns have been blighted by slow starts that have left them with too much to do, despite regularly finishing very strongly. This time around, however, Brackley picked up 16 points from the first 18 on offer and now sit in 2nd place, four points behind leaders Gateshead but with two games in hand.

And the Northamptonshire club seem to be building up a head of steam. Having only lost three times in the league all season (the fewest in the division), the Saints are unbeaten since 2 January and have kept eight clean sheets in their 11 outings in 2022 – in fact, Town haven’t conceded since 2 February.

Wilkin’s squad remains largely the same as last season. This summer’s additions at St James Park were all young faces, with former Norwich City academy centre back Louis Lomas perhaps the most prominent new arrival. Wilkin has also made recent moves to bring in defender Max Dyche, son of Sean, on loan from Northampton Town and forward Jennai Gordon from Hereford. It’s the ever-dangerous Lee Ndlovu who continues to lead the line for Saints, though. Town’s target man has notched 15 goals in all competitions this season.

The Bucks have never won at St James Park, although four of the six visits have ended in draws, including our last visit all the way back in September 2019. Brackley won 2-0 at the New Bucks Head earlier in the season, but Paul Carden’s men are a different proposition to the side that faced the Saints last September.

You can buy tickets in advance via the Brackley website. This game will be segregated; more information about the matchday details is available here. 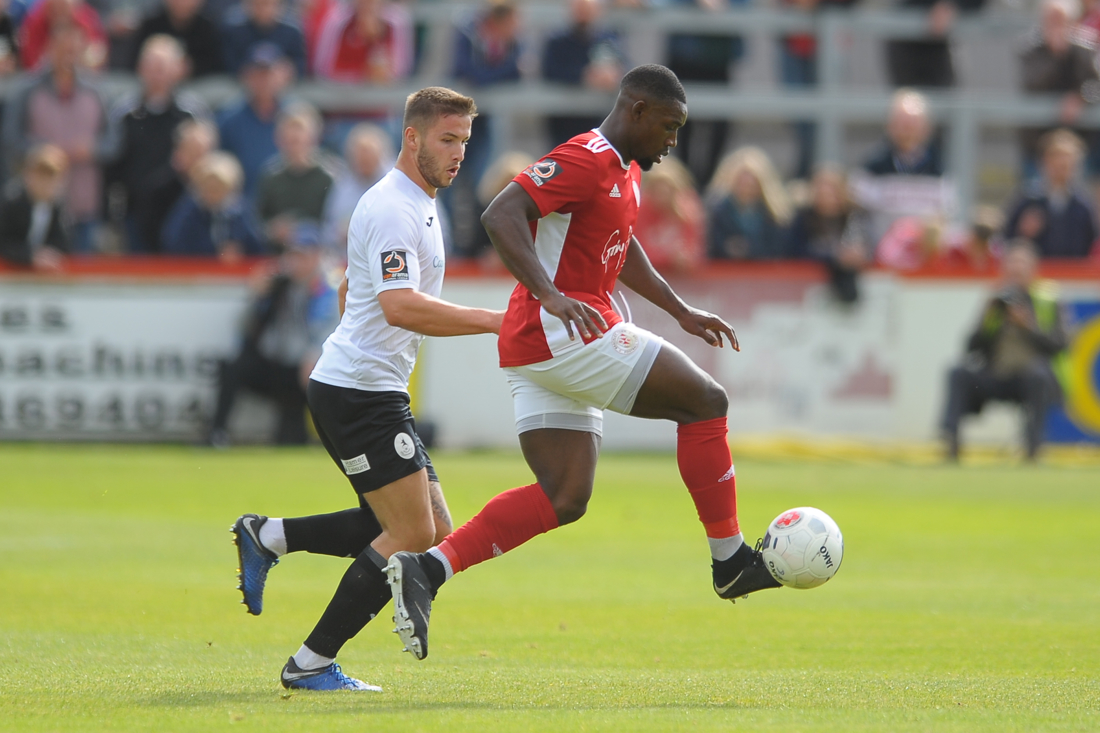 National League North and South Statement Following a meeting between clubs in the National...

The Chairman of the National League, Brian Barwick, has today written to The Rt Hon Oliver Dowden...