AFC Telford will be aiming to halt the Pilgrims’ progress this Saturday, as playoff-chasing Boston United come to the New Bucks Head.

Boston currently occupy the final playoff spot, but they sit just one point above a resurgent Alfreton Town.

The Pilgrims dispensed of the services of long-serving manager Craig Elliott at the beginning of January, replacing him with Paul Cox. But Cox hasn’t necessarily improved Boston. United have won eight, lost eight and drawn six since the former Kettering boss took charge, with the inconsistent Pilgrims picking up 14 points from the last 30 on offer.

Much of the Boston squad remains similar to that of recent seasons, but two summer arrivals have had a big impact this year. Former Brackley man Shane Byrne has provided a consistent presence in midfield, while one time Chester forward Danny Elliott has bagged 25 in 47 appearances. Cox has also raided Guiseley for tireless full back Brad Nicholson and scooped up experienced target man James Hanson from Farsley Celtic.

Boston ran out 4-1 winners over Dennis Greene’s AFC Telford in October, meaning that the Pilgrims have now won the last four match ups between the two sides.

After back-to-back defeats, the Bucks find themselves in a precarious position just two points above the drop. Paul Carden’s men took a point from Cox’s Kettering side back at the New Bucks Head in December, and if they can go one better with weekend and bag all three points, the Bucks will take a big step towards safety.

Tickets for Saturday’s fixture will remain on sale up until kick-off and are available for purchase online here. For more information, read our match day guide. 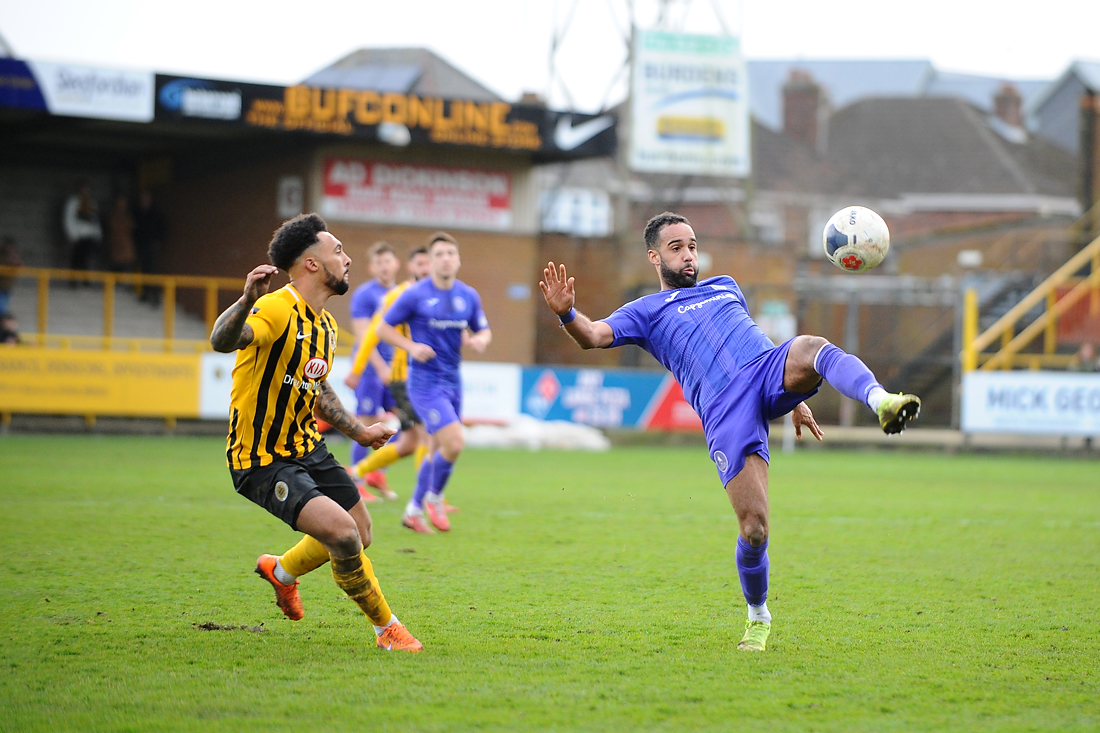 Telford take on Buxton in a battle of the Bucks on bank holiday Monday. Northern Premier League...