"Bucks aiming to show signs of progess against the Pilgrims"

The Bucks face Boston United this weekend, with both sides in need of all three points.

The Pilgrims finished 7th last season, going on to overcome Kidderminster and Fylde in the playoffs before losing out in the final to York. But after those highs, Boston have started this season with something of hangover.

The Lincolnshire side started the season seven without a win, which led to the sacking of boss Paul Cox. And there was a strong sense of déjà vu when it was announced that Ian Culverhouse would be the man coming into to pick up the pieces – a scenario that had played out at Kettering earlier in the year.

Culverhouse was the man who masterminded King’s Lynn Town’s rise up the ranks. And in Culverhouse’s first two matches in charge of the Pilgrims, his new side won both games, scored seven and conceded none. A 3-0 win over Buxton in the league lifted Boston above the Bucks, but both sides are locked together on six points from eight games.

The Pilgrims lost 19-goal top scorer Danny Elliott in the summer but have added a number of experienced signings. Right back Zak Mills arrives from Walsall, midfield Will Atkinson comes in from Southend, while former Barrow forward Byron Harrison joins after a spell at Connah’s Quay. But the Bucks will have to be most wary of Jordon Crawford and Scott Pollock; between them, the two attacking midfielders have bagged ten goals since arriving in the summer from Kettering and Northampton respectively.

The Bucks are without a win since opening day and are winless in six against the Pilgrims. Boston have won four of the last six meetings between the teams, but Paul Carden’s men did earn a good point when the playoff-bound Pilgrims came to the New Bucks Head in April. 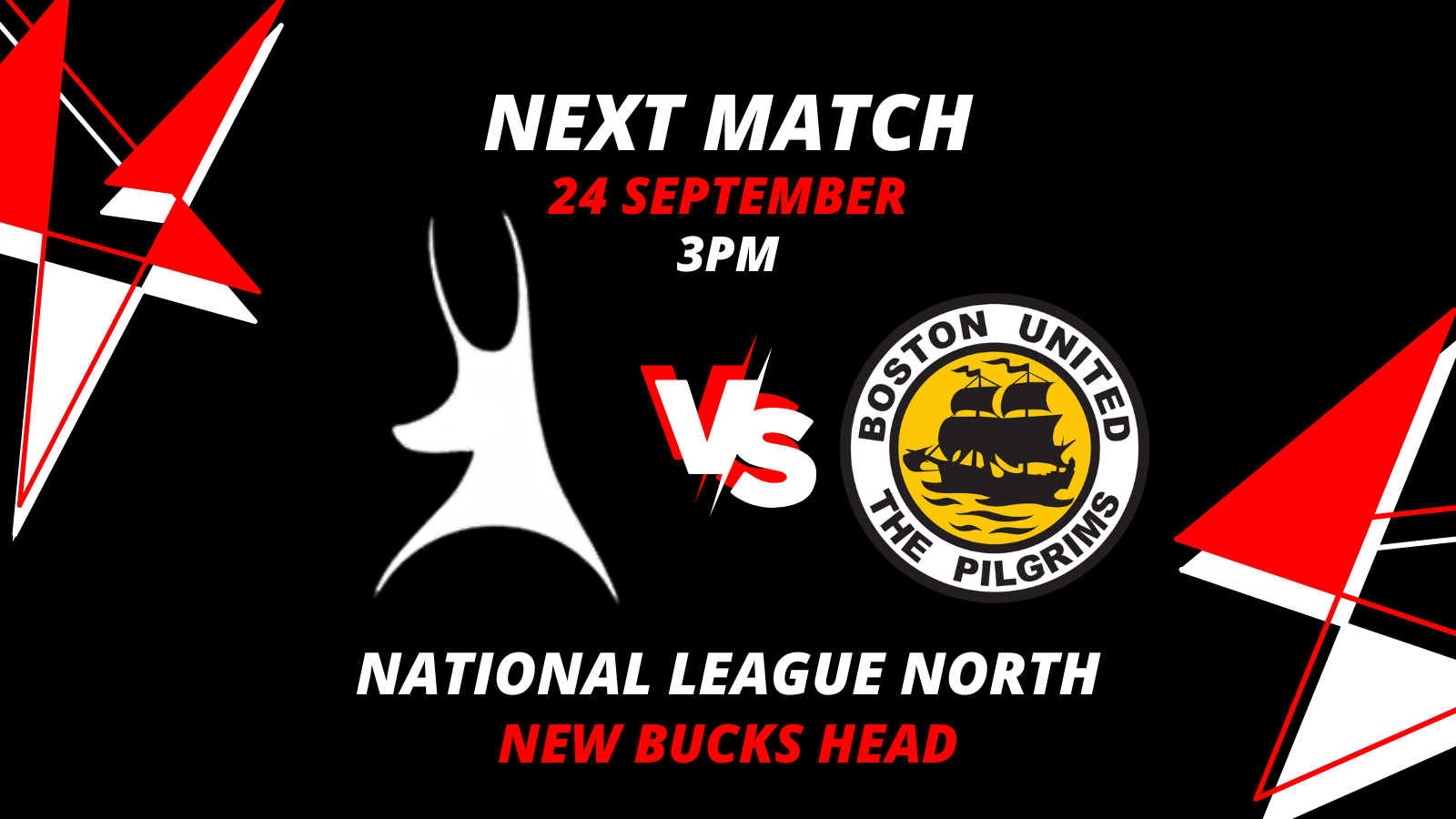 All at AFC Telford United are saddened to hear of the death of Paul Ferguson, one of our loyal...