The Bucks make the long trip to Northumberland to face Blyth Spartans this Saturday.

Since reaching the playoffs in 2018-19, Blyth have struggled at the wrong end of the table. The Northumbrians were 11 points off safety when the 2019-20 campaign was curtailed in March, and they were well adrift at the bottom of the table with just six points from their 14 games of the abandoned 2020-21 season. And while last year saw Spartans improve, they still only finished 19th – although that was six points and a place above the Bucks.

The Northumbrians have been through a number of managers since current Darlington boss, Alun Armstrong, led them to that 6th-place finish four years ago. The man currently in charge at Croft Park is former South Shields boss Graham Fenton. After a successful spell at the Tyneside club, Fenton was sacked in January before being appointed Blyth boss in August having previously taken caretaker charge of Spartans in 2004.

Among Fenton’s summer additions were a number of player who he worked with at South Shields, including Michael Richardson, Cedric Main and Jack Bodenham. Another new face is Doncaster loanee Liam Ravenhill, who had a short spell with the Bucks last term. Last season’s top scorer, 14-goal JJ O’Donnell, now skippers Spartans.

Croft Park tends not to be a happy hunting ground for Telford. The Bucks have won just twice in twelve visits since 2004, losing four of the last six trips to Blyth. The sides drew 2-2 when they met most recently at the New Bucks Head in April, while Spartans won 2-0 at Croft Park in August 2021. But, like the Bucks, Spartans are struggling for form. Blyth, who are one place above the Bucks in 23rd, are without a league win since 29 August, drawing four and losing six in that time.

Both sides will be targeting the three point on Saturday, then, and Kevin Wilkin no doubt be looking to bring an end to the Bucks’ away day hoodoo as soon as possible.

You can buy tickets in advance via the Blyth website. 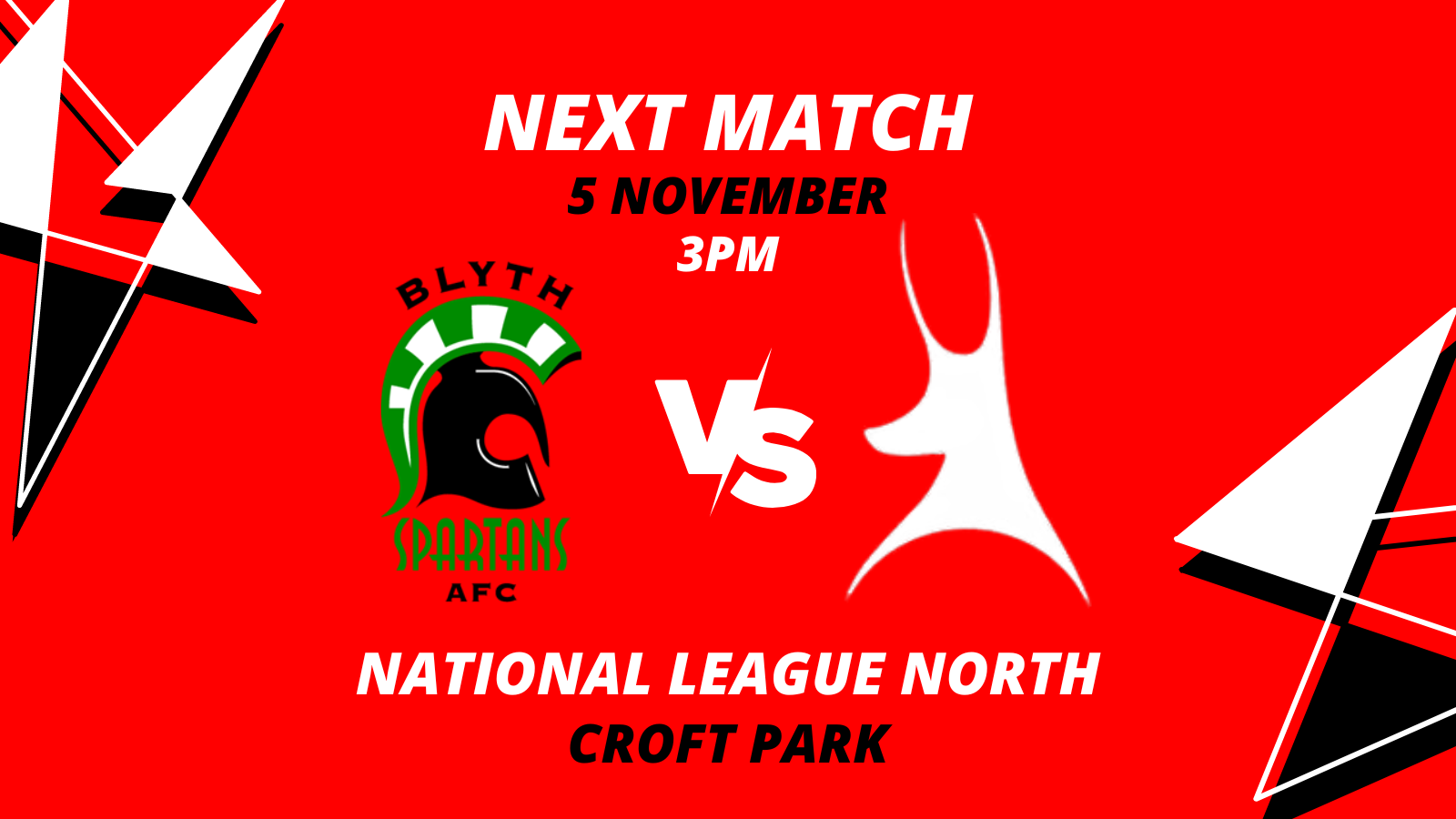 AFC Telford United are delighted to announce a double signing ahead of this afternoon’s game...

Everyone at AFC Telford United are deeply saddened to hear that lifelong supporter Eric Davies...

Assistant Football Coach We are looking for a dynamic individual to assist our teaching and...