"Wilkin takes charge of first home game for the Bucks"

The Bucks begin a run of five home games in six with Saturday’s matchup against Alfreton Town.

Since returning to the National League North alongside the Bucks for the 2015/16 season, the Reds had struggled to leave their mark on the league, but they started changing that last year. After placing 10th in that first season back at step two of non-league, Alfreton then finished in the bottom half of the table for five campaigns in a row before ending just two point shy of the playoffs in 9th place last season.

And Billy Heath’s side have continued that good form into the current campaign. The Reds sit in 7th place, and only leaders King’s Lynn have lost fewer games. Alfreton only have one defeat in their last six and beat Scarborough 2-0 on Tuesday night.

The Reds’ squad remains relatively settled. Target man Tom Denton returned to the Impact Arena after four years at Chesterfield. Denton joins other experienced forwards Matt Rhead and Dayle Southwell in attack, but it’s youngster Bailey Hobson who leads the way with six goals so far. In defence, former Buck Dom Smith has become a mainstay of the Alfreton defence.

The head-to-head record betwen the two sides had been been evenly poised, but Alfreton have won the last three encounters, including a 3-2 at the New Bucks Head in February – the Reds coming from 2-0 down to win that day. Meanwhile, new Bucks boss Kevin Wilkin saw his Brackley side lose 1-0 at Alfreton earlier this season; further incentive then, if any were needed, to go all out for three points this weekend.

After three games on the road, this is the Bucks first home since hosting Brackley back in September. Wilkin has since switched dugouts and Saturday will be the new boss’s first home game in the Telford hotseat. The Bucks are without a win since opening day but will be hoping to climb the table buy picking up all three points this weekend. 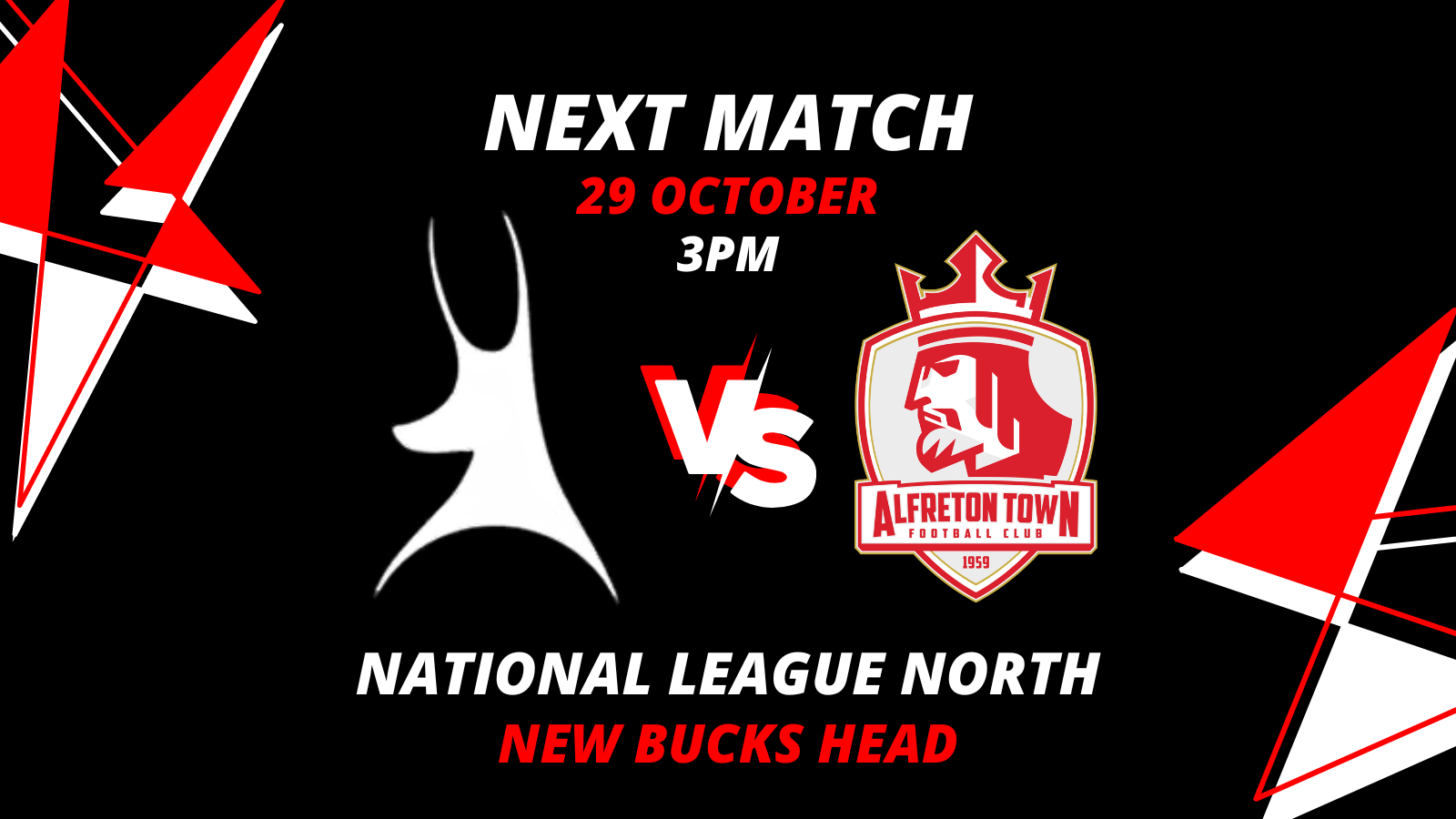