Telford ladies boss Darel Poole paid tribute to the character and “measured approach” of her players after they grabbed a late equaliser to maintain their unbeaten start in the West Midlands Regional League North against Wyrley on Sunday, October 4.

The Bucks seemed on track for all three points when a 25 yard thunderbolt from Jem Smith gave them a deserved lead in the 53rd minute, but had to rely on a last gasp equaliser from Jaime Duggan to rescue a draw after Wyrley had got their noses in front in the second half.

“We dropped points today but it’s very pleasing that we didn’t throw the game away,” she said.

“You have to credit the opposition, they’ve scored a decent goal from a set piece that we shouldn’t have given away, and they’ve taken a chance and it paid off for them. However I think we’d be lying if we didn’t feel like we’d dropped two points there rather than gained one. I’ve said before that we set really high standards for ourselves and when we don’t meet those standards we’re obviously disappointed.”

At the end of an attritional first half Telford looked set to be heading into the half-time break with the advantage after Charlotte Budd was clattered with a late tackle inside the penalty area in the 43rd minute.

But the visitors were given a reprieve as Smith’s penalty was off-target, and the Bucks were almost made to pay instantly as Wyrley crashed a speculative effort off the cross bar from range from the resulting break.

However the Bucks grabbed a deserved lead in the 53rd minute, when Smith was tee’d up by Abby Sheriff on the edge of the penalty area before unleashing a fine strike into the top corner.

The momentum of the game swung on the hour mark when stand-out performer Budd looked to have doubled the Bucks lead.

The Telford striker seemed to time her run perfectly to get on the end of Sheriff’s neat through-ball before rounding the ‘keeper and slotting in, but her strike was ruled out for offside.

And moments later Wyrley had turned the game on its head, equalising from a corner before a long-range strike looped over Phoebe Carter to raise the visitor’s hopes of denting Telford’s unbeaten start.

But with the clock ticking over the 90 minute mark, a measured cross from Katy Cameron found Duggan on the edge of the six yard box, who swept home to rescue a point.

“Ultimately if we dwell on decisions that don’t go our way we’ll have a very disappointing season,” added Poole.

“The pleasing thing is that we created an opportunity and finished an opportunity in the way we want to play football. I think we have to be better at dealing with adversity if it doesn’t go our way but I’m not going to stand here and say we should have been given a decision otherwise it’s going to be a very long season.

“We knew where their threats were and they didn’t score through those threats – our back four dealt with who we think their key players are and we stopped them from playing which is really pleasing, and also the character shown to come back and equalise at that point in the game – and not through a smash and grab, hit and hope type of thing, through a very measured approach and a very good finish ,which is what we’re asking for, so that’s very pleasing as well.” 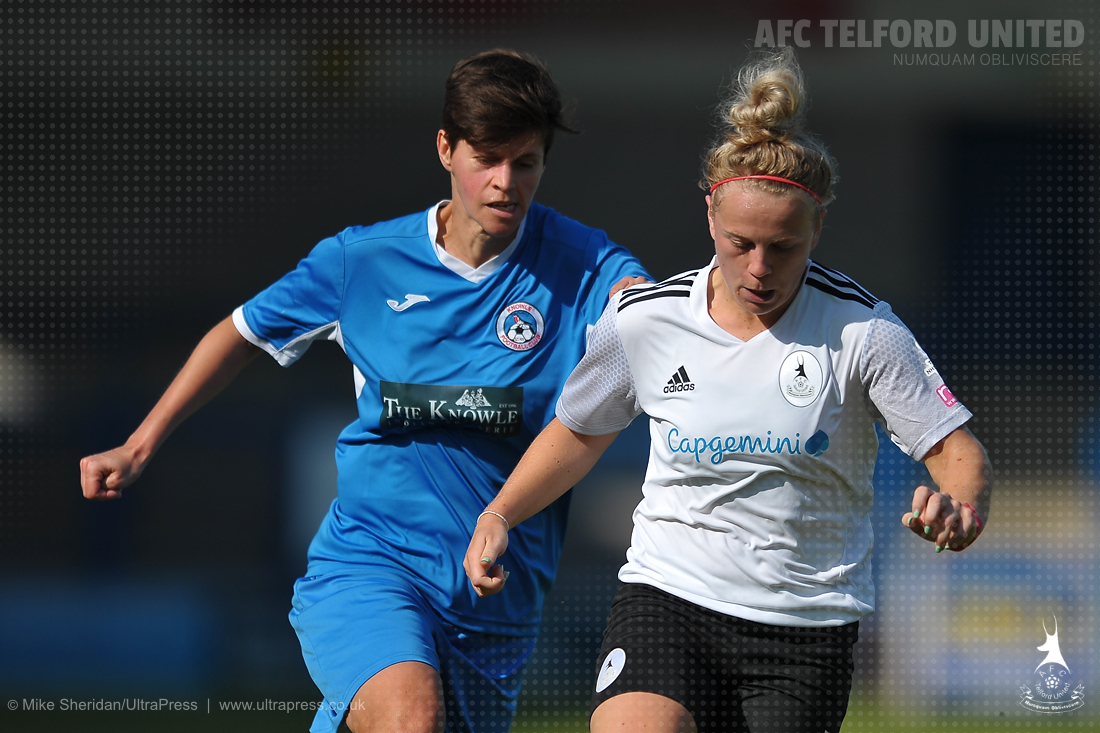 The Kevin Wilkin era kicks off this weekend when the Bucks make the long trip to the North...

AFC Telford United Foundation are appealing for supporters to help spread some festive cheer by...