McQuilkin insists the Bucks must now kick on

James McQuilkin says “now we can kick on”, following the Buck`s recent turnaround in fortunes as the Bucks midfielder is once again available for selection following a suspension from last week’s game against Guiseley.

The midfielder, who scored in his last appearance for the Bucks against league leaders York City thinks that the squad has got the resources to continue to act upon their recent improvements. He believes the core foundations start from training with the principle of working hard been a key attribute.

McQuilkin has scored twice this season, however has only just recently started to be drafted back into the side. He will now be eyeing up a chance to cement his place in the team in the forthcoming games.

He said: “First of all you work hard in training and then show what you can do there, when you get your chance you work hard. It`s the minimum really; you give your all in the game and bring to the table to exactly what you have got.

“There`s been a few changes, we have bought a few players in and they have helped us massively. It was the case of believing in what we’re doing and continue to do what we`ve been doing and continue to do the right things. We haven`t let ourselves get too down. You want a feel good factor and as soon as that happened against York you could feel the lift within the squad. ”

McQuilkin also claims that the future is bright with the results looking a lot more encouraging following more impressive displays by the Bucks recently. He also is desperate to regain a place in the starting eleven and will be hoping to have a similar impact to what he did against York when moving forward.

“I think it`s massive to be fair, we started last week with a good draw against York, that started us off, now we can kick on. The only way is up, we want to kick on again.

“You’re always chomping at the bits to play, as footballers you want to play every game you can so as soon as you`re out of the team you want to be back in straight again because that`s the nature of a footballer. I was desperate to get back in and I managed to take my chance when I came back in.”

McQuilkin feels as if the new signings have all made a positive impact and have made a worthy contribution so far.

He says the new players are fully committed to the ongoing process at the Bucks and even the rest of the squad are feeding off their positive start. He is also ready to get to work once more and will be fully equipped to when the manager next calls upon him.

“They are all good lads, they `re all invested in what we want to do here and we all want to be successful and they`re very much alike a breath of fresh air. The lads have welcomed them with open arms and were reaping the rewards from them now.

“I was out Saturday`s match through suspension however the manager knows I will be ready to go for when he next calls upon me.” 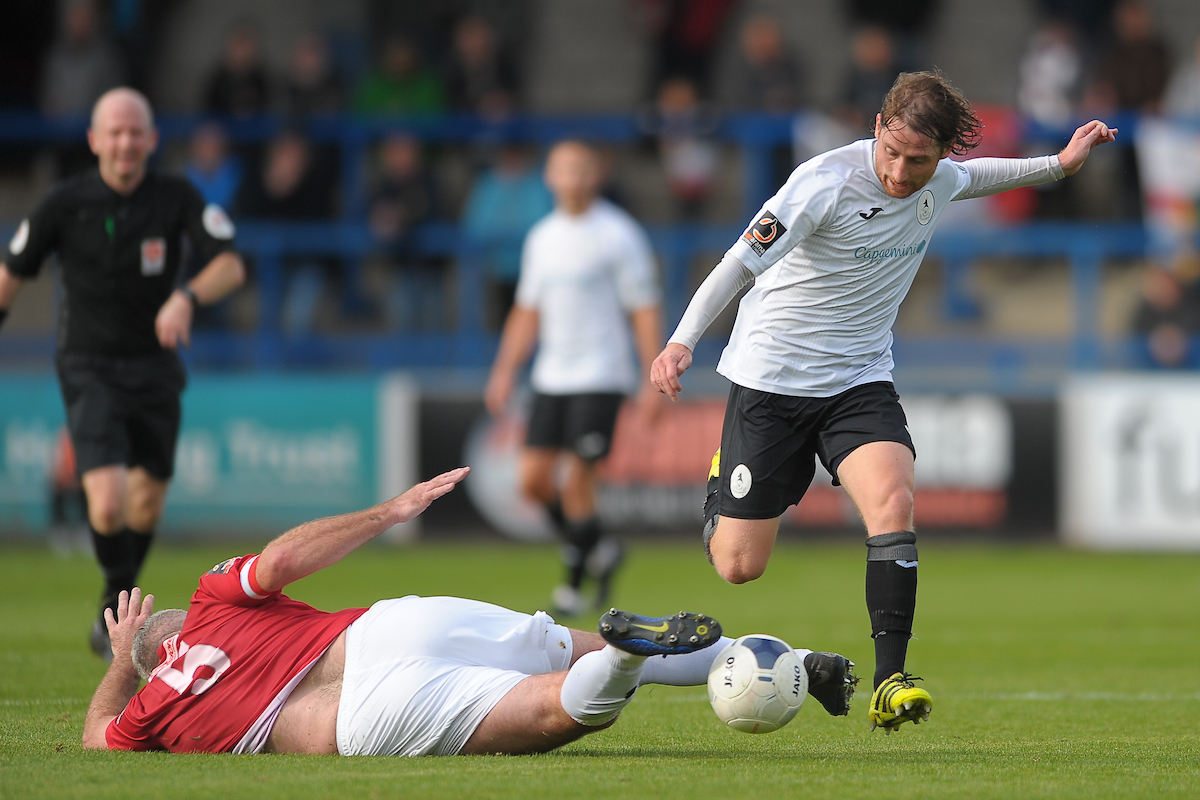 The Bucks will travel to West Yorkshire this weekend to take on Bradford Park Avenue. Bradford were...