Whilst the Bucks August fixtures have yielded fewer cheers and points than expected, Gavin Cowan’s side were toasting three points courtesy of a double shot of Daniels and a single of Walker’s on their trip to Bradford.

This fixture had the potential to be a banana skin; the Bucks arrived at Horsfall Stadium to face a youthful Avenue side inexperienced at this level, but one who had registered a first win of the season the previous Monday. The hosts had been conceding goals at an alarming rate in their opening fixtures, but held firm for the first half-hour of a game which yielded few chances for either side.

Cowan had taken the opportunity heading into the game to reassert to his team the values that made them successful last season, and he was seeking a response. He also tried a different formation, opting to play a more regular defensive back four, which crucially freed Brendon Daniels from some of his defensive responsibilities.

On 35 minutes the Bucks took a lead their early play had warranted. Aaron Williams crossed the ball in low from the left-hand side and picked out Daniels, who scored from six yards out despite keeper Rhys Taylor getting something onto his shot, but not enough.

There was little to suggest that the Bucks would do anything other than progress serenely; however, on 44 minutes that all changed. Goalkeeper Andy Wycherley, recalled from a loan spell at Barwell, misjudged the bounce on a long ball forward; Lewis Knight, one of few players still at Avenue since a summer clear-out, took the ball around him and slotted home confidently from the right side of the penalty area.

Having conceded just before half-time in their 3-1 home defeat to Leamington, the portents weren’t good, but Adam Walker, recruited from Brackley Town, had other ideas. With six minutes added on for stoppages, Walker drove through from midfield and when he connected from around 25 yards out, Taylor was left grasping at air as the ball whistled past him to restore the lead and give Walker his first goal as a Buck.

With a half-time lead, order looked to have been restored. Early in the second half, Williams saw a shot deflected wide when he might have backed himself to score, and then on 63 minutes he pulled a shot across the face of goal and wide from Darryl Knights clever pass when most fans expected the net to ripple.

It looked a potentially costly miss when, just 3 minutes later, home left-back Riccardo Calder pushed forwards to the edge of the area. Shown onto his favoured left foot by the Bucks, he duly obliged by ripping a rising shot from 20 yards past Wycherley’s despairing dive.

Ahead twice, pegged back twice – how would the Bucks respond to that setback? Avenue, buoyed by drawing level, looked to fancy their chances of at least securing a point, but when Marcus Dinanga crossed from the right-hand side on 78 minutes, Daniels glanced a header wide of Taylor’s right hand and in off the post, beating the struggling keeper.

Avenue almost found an answer for a third time when Knight controlled well on his chest and turned Shane Sutton in the penalty area to shoot low; however, Wycherley blocked his shot with his legs at his near post. The hosts weren’t able to muster any more real chances and the Bucks saw the game out with relative comfort. They hadn’t dominated the game, were workmanlike at times and still had an annoying tendency to create some of their own troubles through lapses in concentration, but the three points deservedly travelled home with them. 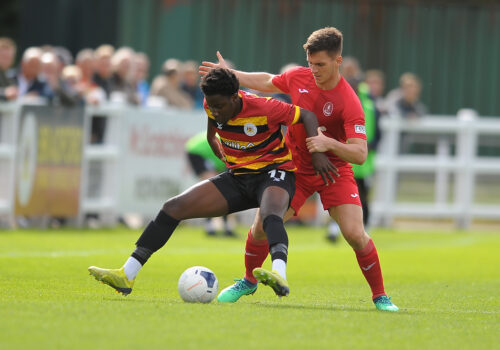 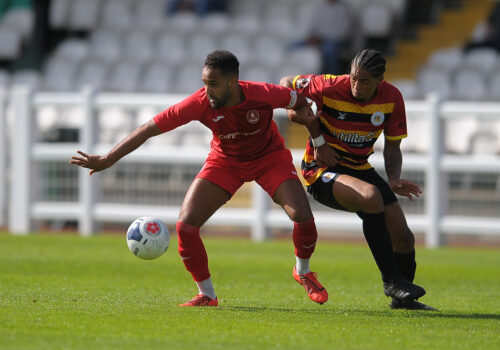 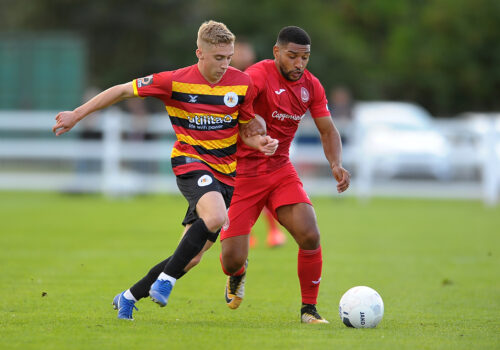 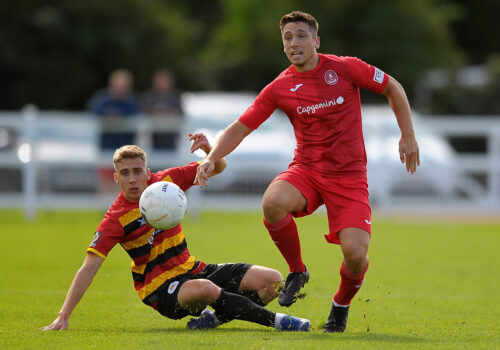 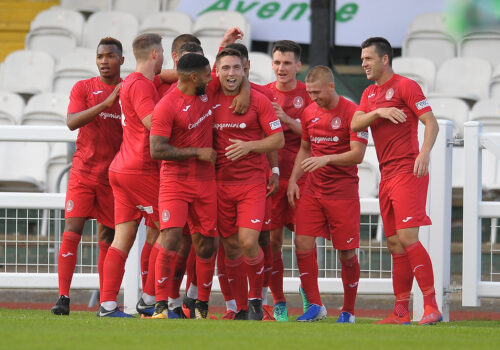 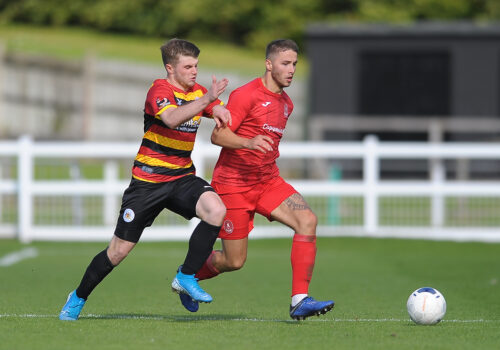 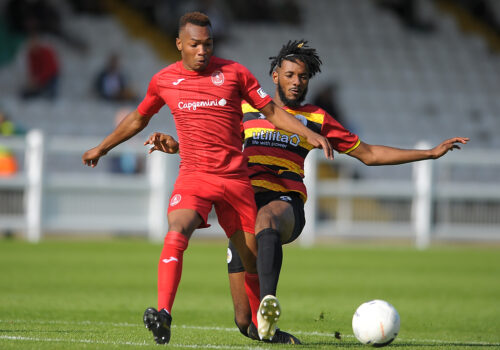 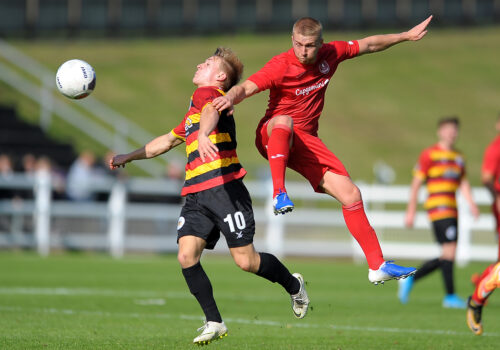 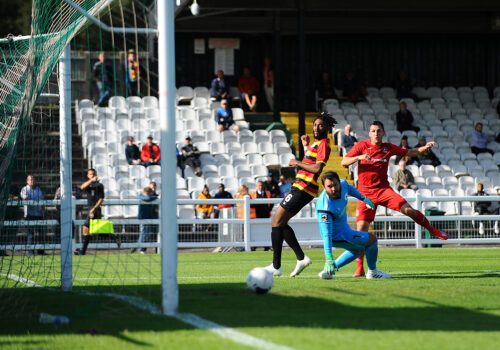 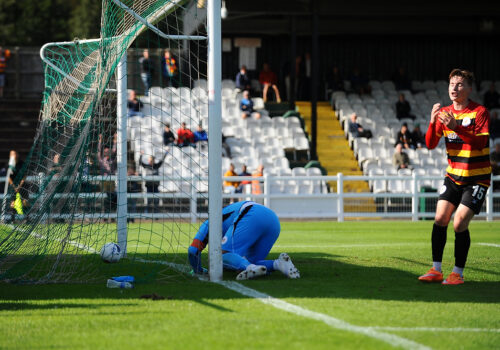 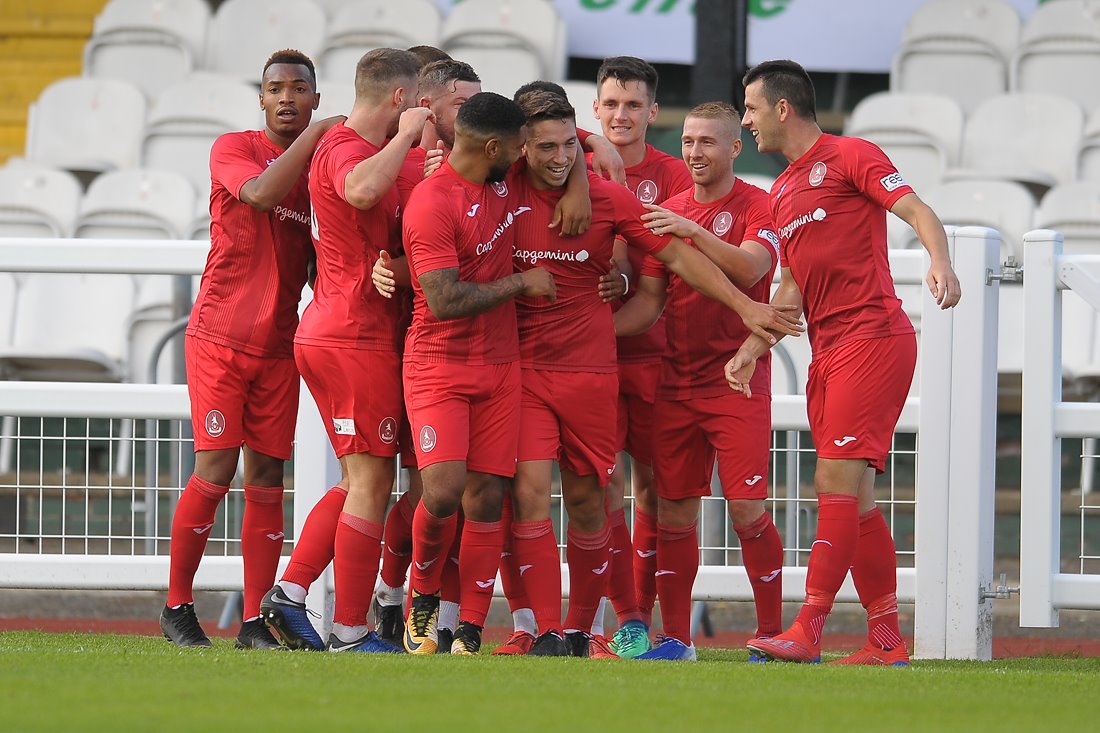