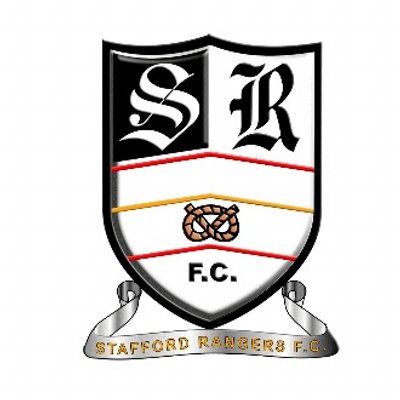 AFC Telford United’s 100% pre-season record came to an end after a 2-2 draw with Northern Premier League side Stafford Rangers at Marston Road.

An entertaining friendly in blazing sunshine saw the Bucks ahead early into the second half following strikes from in-form Aaron Williams and trialist Dom McHale, but were pegged back by Stafford’s Joe Cuff and a second half scorcher from Jamie Sleigh.

The Bucks, sporting their new pink coloured away kit for the first time, enjoyed the better of the opening exchanges, but found themselves behind in the 37th minute when Cuff made some space for himself in the six yard box before turning home under Ashley Rawlins to open the scoring.

But Telford were back on level terms just moments later when Brendon Daniels latched on to Jason Oswell’s flick on before lashing in a shot from the edge of the box which was well saved by the home keeper, but Williams was first to the rebound and made no mistake with a cool finish from 12 yards.

And United got their noses in front just after the break when trialist McHale beat his marker to Harry Bower’s long pass down the right hand side, before jinking his way inside the penalty area and firing in at the near-post to make it 2-1.

A gritty Rangers outfit got themselves back in the game on the hour mark when Sleigh latched on to a loose clearance inside the penalty area and curled the ball into the bottom corner from around 10 yards out, and there was still time for both sides to hit the woodwork, James Hardy crashing an effort against the post for the Bucks in the final ten minutes. 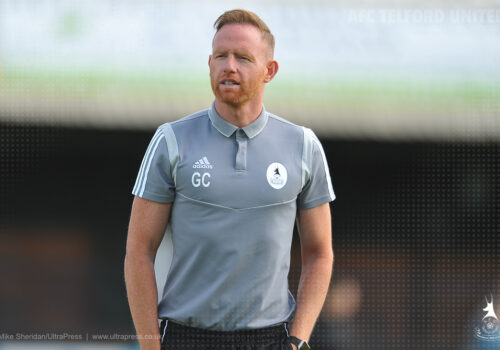 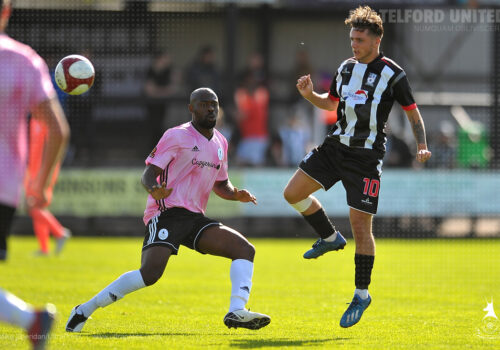 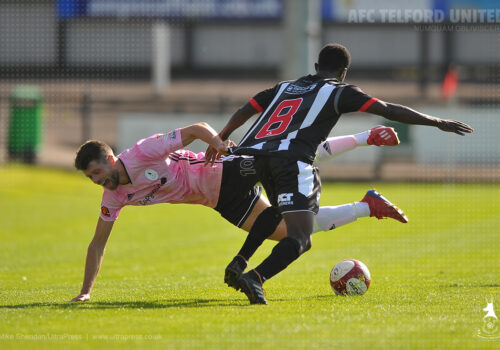 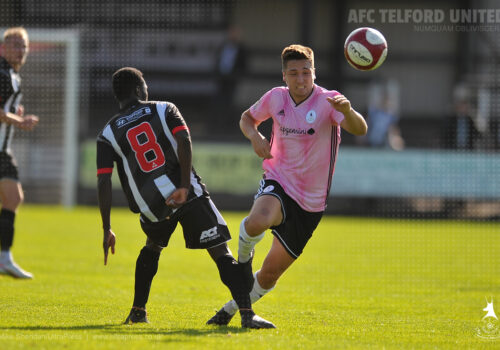 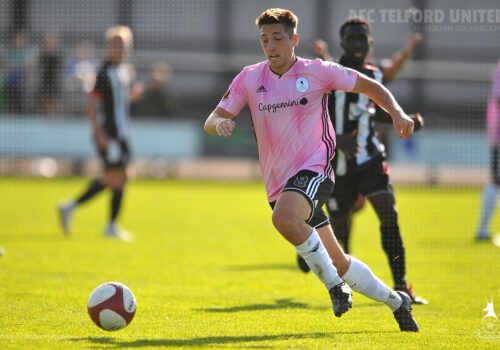 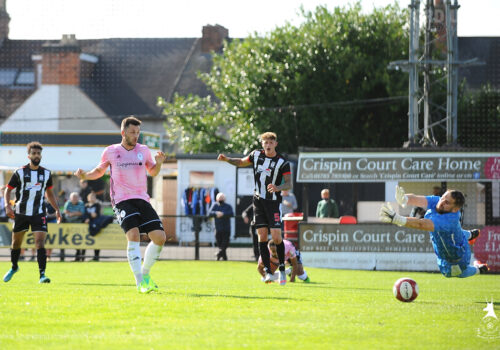 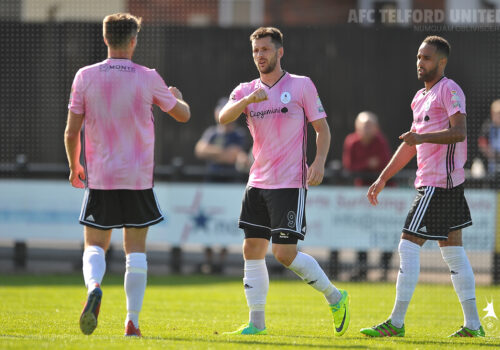 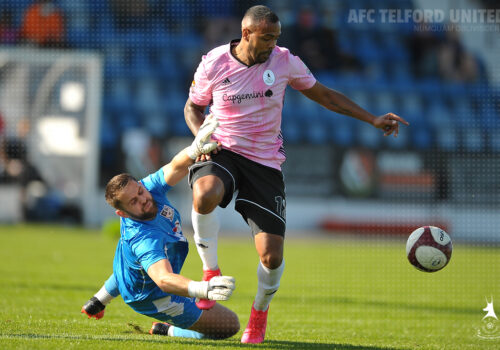 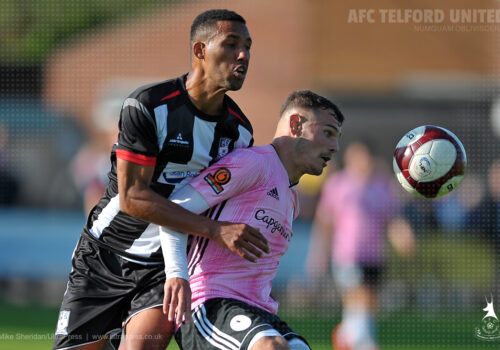 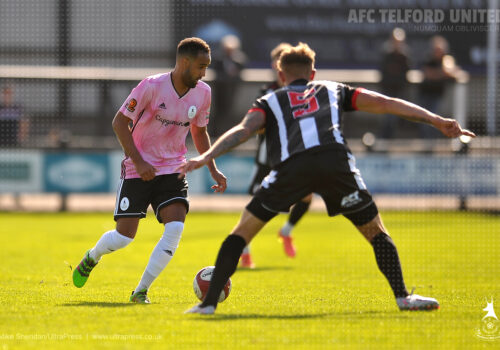 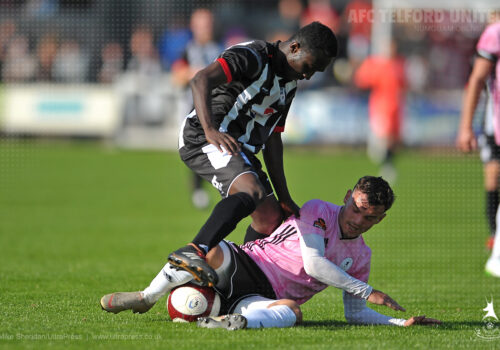 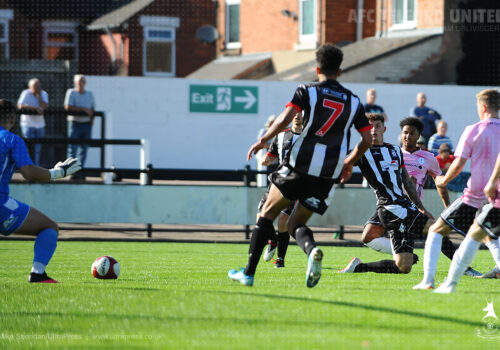 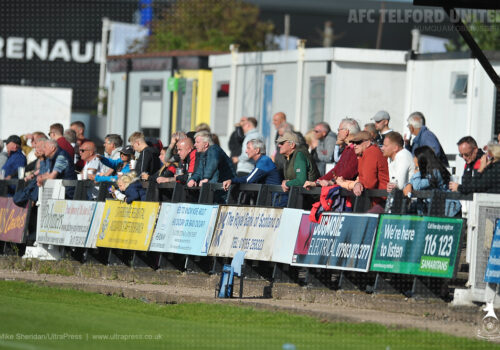 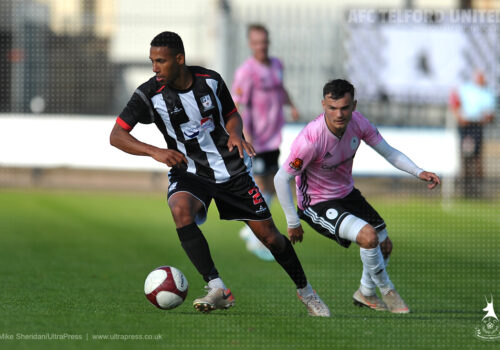 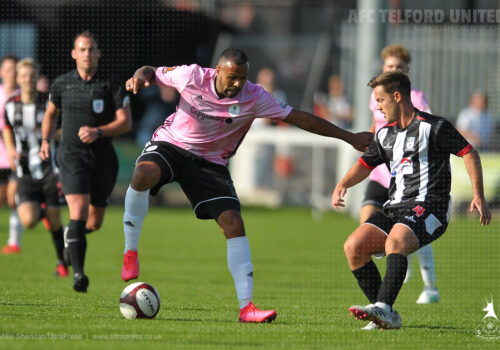 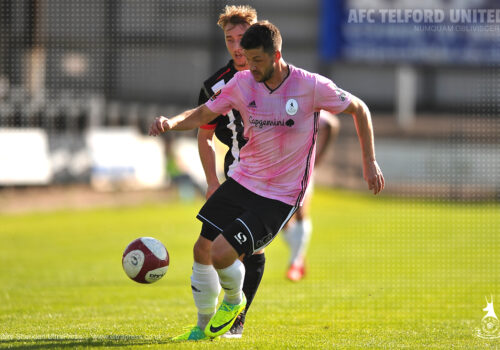 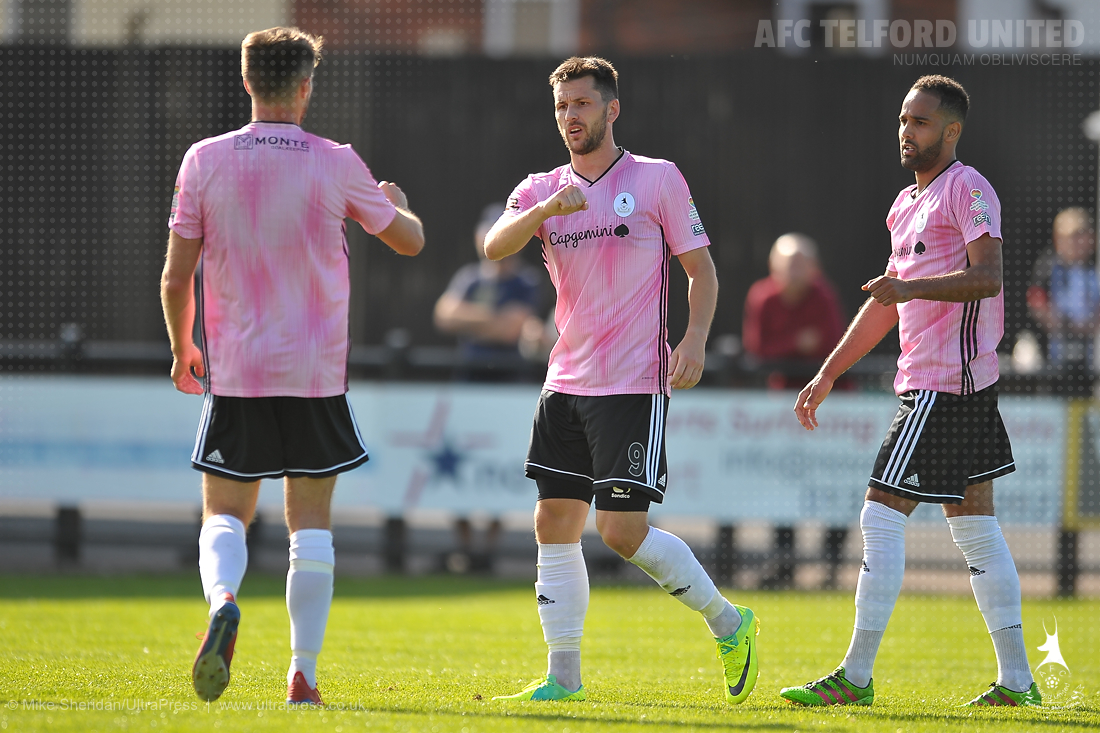 AFC Telford were made to share the spoils in an entertaining two all draw with Altrincham, as...

The Bucks were on the wrong end of a 2-1 defeat to Darlington despite Marcus Dinanga scoring his...

Bucks boss Gavin Cowan paid tribute to his patched up AFC Telford United side, as they made it two...