Andre Brown`s penalty was enough to seal a first away victory on the road for Gavin Cowan`s men this season with the Bucks leaving Southport with a 1-0 victory to pick up their first win in three games.

Brown`s goal came in the 56th minute where he was fouled by a defender after been tripped inside the box with the referee pointing to the spot. To where Brown stepped up and converted the penalty to the right hand side although the  keeper got a strong hand to it, as the power in the shot was enough to see the ball go into the goal.

Corey Addai made an inspirational stop early on after the Bucks were caught out in possession. Before Devarn Green put in a low sweeping cross, where Jack Sampson tried to direct his shot goalwards with Addai then making himself big and managing to deflect the ball onto the post before the Bucks managed to clear the ball.

The Port`s best chance to equalize came late on when David Morgan found himself free inside the box with him been picked out as the ball fell kindly towards his feet. With his attempt going just wide of Addai`s goal as the Port skipper knew he should`ve made the chance count.

Brendan Daniels put in an pleasing display with him moving into full back for this game and he saw a free kick late on parried by Dan Hanford before the Port cleared their lines. With the free kick been taken from the left hand side as Daniels tried to bend a dipping strike into the left side of the goal.

The first real opportunity for the Bucks came at the midpoint of the first half when skipper Shane Sutton rose highest, before seeing his looping header in the end having to tipped over by Hanford. With the ball going back down towards the goal.

Brad Bauress had an effort from range for the Port during the first half which almost found the top corner, he saw his attempt go very close to finding the net after the Bucks failed to close him down and allowed him to line up the strike.

Manager Gavin  Cowan`s was pleased with the second half response and is delighted with how the players are doing what`s asked of them when it comes to work ethic, with the half time team talk working well for the Bucks in the end. Which saw them play with more confidence on the ball and that played a key part in them taking a 1-0 victory.

“I was really pleased with our endeavour, our hard work and desire, doing a job and a half and I thought we matched them in that area, they just made it very difficult for us during the first half, I thought we were the masters of our own downfall.

“Not that there was a particular downfall but we were causing our own problems.  The conversation at half time was to enjoy the ball and get the detail right, make sure your reliable and efficient in possession. Once we did that and matched it with the hard work, desire and doing that job and a half then I thought we just edged them in the second half.”

He also went into detail about why having a good week`s preparation ahead of the game was key and that seemed to do them good with the players been in a positive frame of mind before the clash against Southport.

“Concentrating, the lads know the patterns, we`ve stripped it back, gone back to basics and we`ve really responded to that well, there`s been a lot of analysis work and things. I know they felt very confident coming into this today, it`s that process, the patterns and numbers all over the pitch and we stuck to that today.

“We`ve still got our new players trying to adjust to what`s happening out there on the pitch and what`s good is that every game that has gone by there`s new information been taken on board, the players are clicking and getting into it.”

He then revealed that the result is a good one for the fans and they should be proud of how the team battled it out for the victory. However that it`s a long season and that they must keep moving forward and keep the standards up.

“It`s a long long season, we don`t want to get carried away by today`s result  or the King`s Lynn result, today the supporters can be proud about the performance the lads put in because today wasn`t just about going out there and playing the lovely football. Because last year we did that and ultimately didn`t get what we deserved all the time, but today we grafted, worked hard and showed loads of endeavour.” 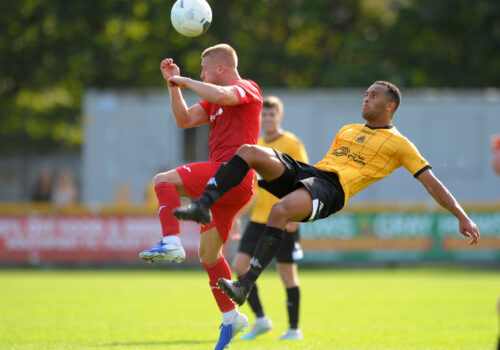 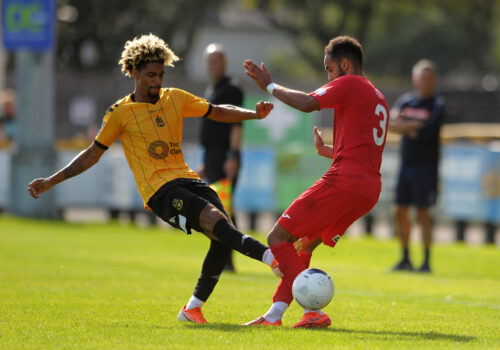 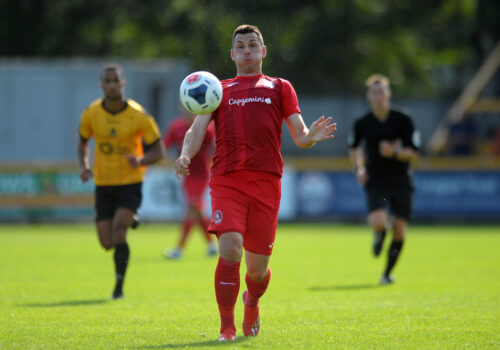 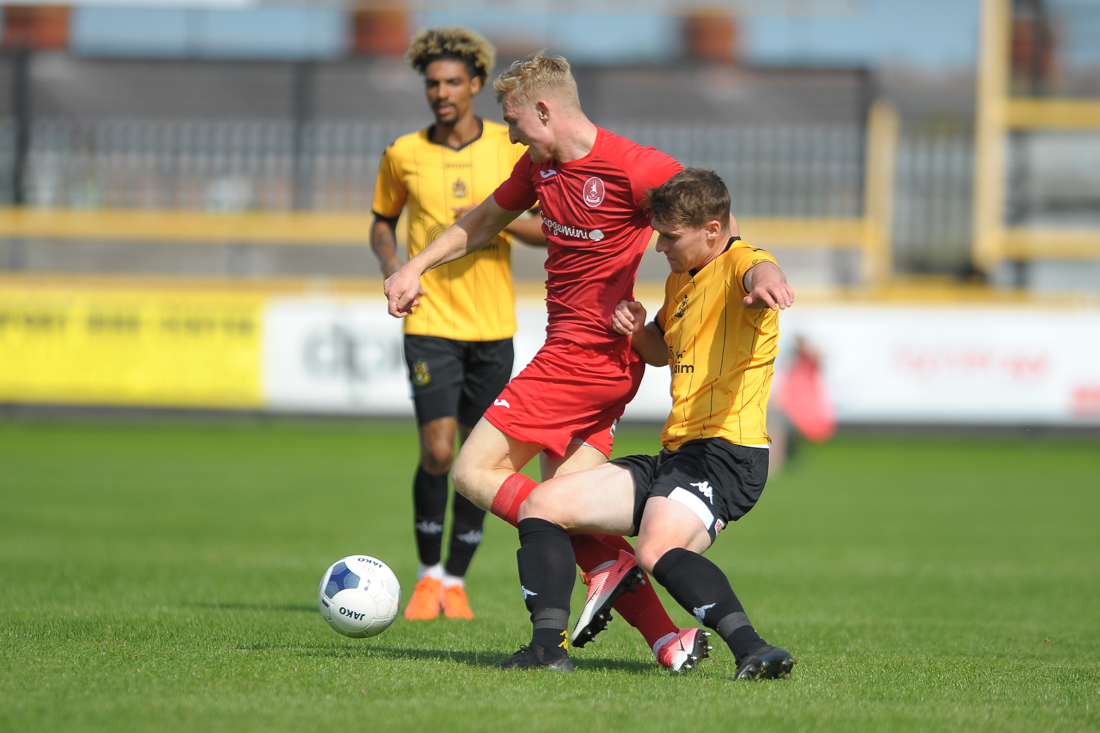 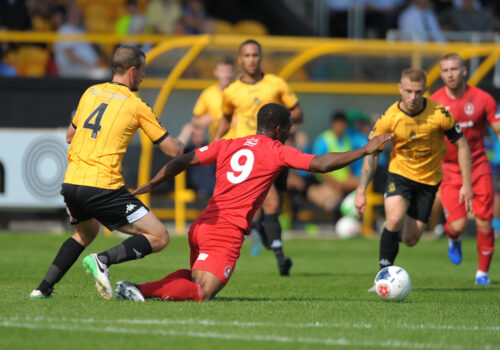 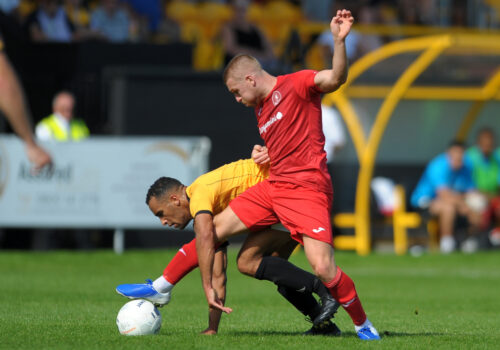 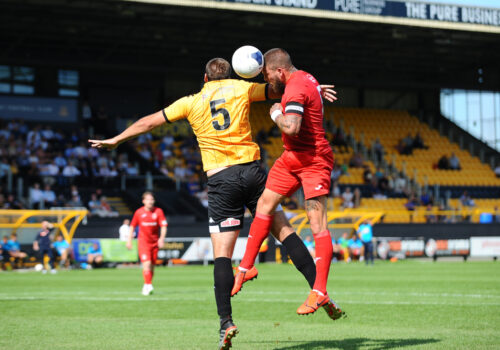 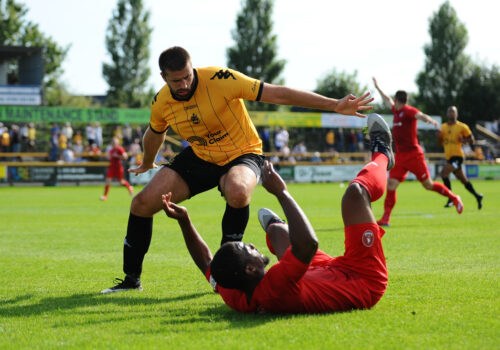 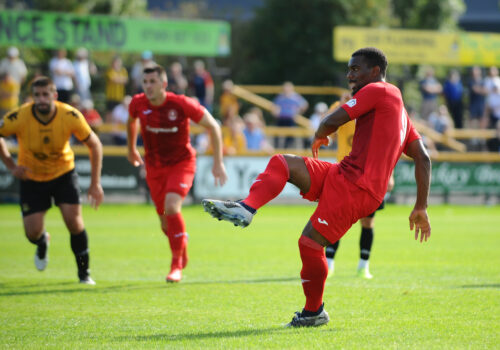 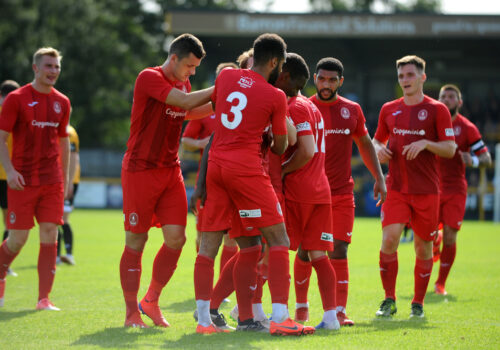 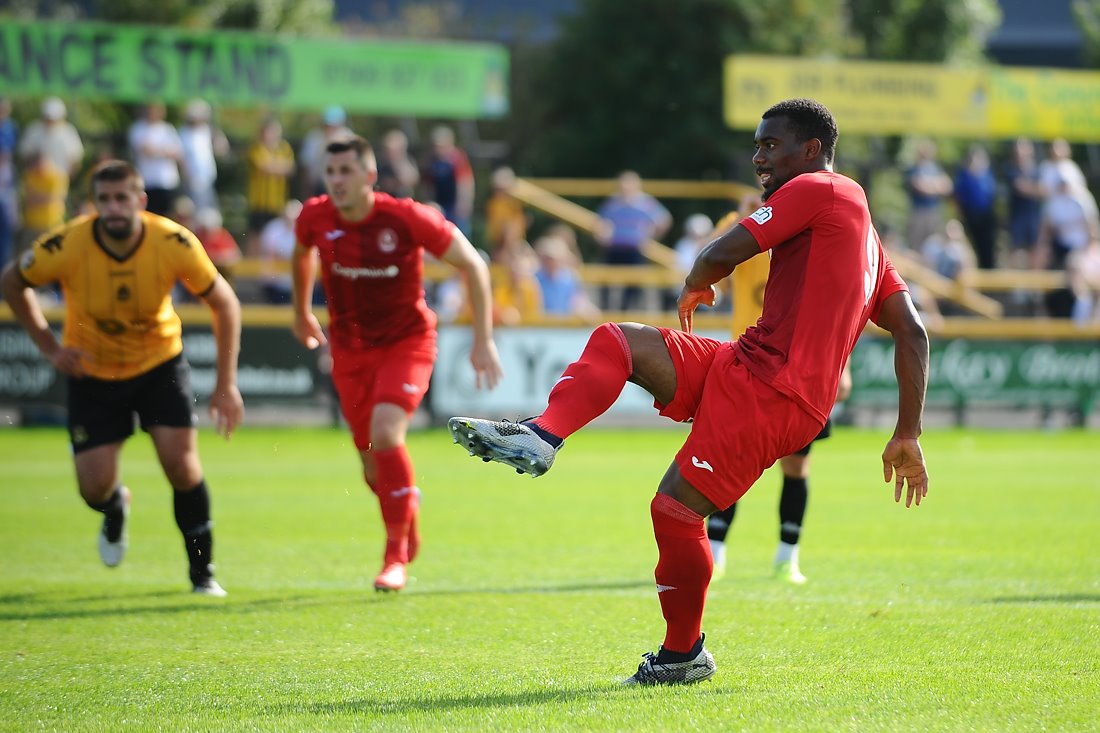