Bucks boss Gavin Cowan says he doesn’t want the season to “slip by”, after watching his side crash to a 4-1 defeat at league leaders Gloucester City last night.

The Bucks started brightly, taking the lead in the first ten minutes after Dom McHale capitalised on a shanked clearance from City ‘keeper Louis Moulden to open the scoring.

But after equalising from the penalty spot through Akwasi Asante following Brendon Daniels’ handball in the first half, the high flying tigers delivered a second half mauling as strikes from Bernard Mensah, Matt McClure and a second for Asante eased them to victory.

“It’s really disappointing. We went in at half time feeling very in control of the game, and very much in a position where we felt we can go on and win it,” said Cowan.

“We’re having a problem at the moment being consistently excellent and you can’t put in performances for half a game particularly against a team like Gloucester.

“If we’re not careful the season’s going to slip by us and we can’t allow that to happen. When the fans come back I want them to be able to cheer about something.

“Talk is cheap but I want them to show it.”

The Bucks also lost Daniels to a recurrence of the ankle injury which has affected the start of his season just before the break, forcing Cowan into a reshuffle where he admitted his game plan had gone by the wayside.

“We couldn’t really bring our ‘A game’ in the second half, we had to change shape a bit and change personnel so the game plan went out the window somewhat but no excuses, it’s still 11 vs 11 and we were still matching them up,” he added.

“There’s a reason why [Gloucester] are up there and it’s because they do things consistently excellently, whether it’s a 5 yard pass or making the right decisions and we did that brilliantly [as well], better than them for the first half but for the second half we’ve had a bit of a mad ten minutes.

“We feel a bit aggrieved in certain areas but we have to take responsibility for the fact that we have to put a whole performance together.

“It’s a real mixed bag in there – there are some players who are performing at a crazy high level and some who are watching the world go by and we’ve got to address that.” 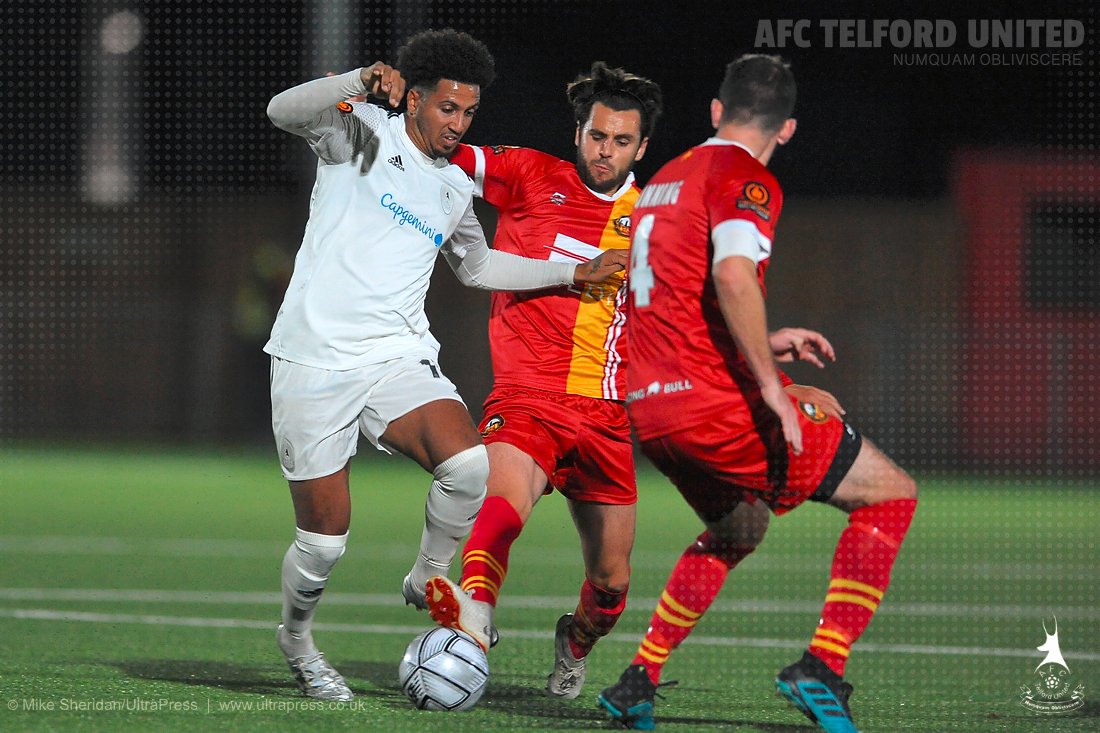 Telford boss Gavin Cowan called on his side to be more ruthless after a lasp-gasp equaliser from...