AFC Telford picked up a 1-0 victory down south with a hard fought victory against Gloucester City with Matt Stenson’s goal separating the two sides.

The goal came when Ricardo Calder saw space inside the box as he played a well timed pass towards Adam Walker who then put a low cross by the face of goal, where Stenson was waiting alone to simply tap the ball home.

Brendan Daniels had the best chance for the Bucks to add a second, as he was able to set his feet up before he eventually skied his effort way over the bar from inside the box.

Joe Hank’s had an effort for Matt Yates to deal with as although the keeper didn’t make a particular standout save. He did do a good job when he was called upon with him tipping the ball over following a shot from a central position.

Marlon Jackson had an eventful day against the Bucks of whom he used to play for and almost was rewarded with good fortune late on, after a deflection hit of the striker before it bounced just wide.

Jackson had an effort in the first half which saw him break free in the box as he was unable to keep his strike down and left Yates unharmed in the Telford goal.

8-Not too much happening as of so far with the home side with the ball mostly, yet The Bucks are looking to push when they can up the pitch with a few crosses going into the box.

12-Hanks with the shot as he attempts to lob the ball from an acute angle however he can’t direct it on target as it goes away to the right of the goal.

20- Telford on the back foot as the hosts continue to play with the ball and attempt to break down the Bucks back line. The Bucks are looking solid enough to deal with everything so far though.

24- Sutton wins a header from a corner from the left as he rises well and can only guide the ball into the side netting.

29- Jackson with the shot from outside of the box as he lets go of an accurate effort as Yates has to tip it over to make sure of removing the danger.

42- Goal!- Calder is active down the left before he slides the ball into the moving Walker who then squares the ball towards Stenson who taps the ball in from close range.

58- Hanks with the shot as Yates is quick to come out and block it, he sees the breakaway of the attack before Telford bodies work together to eventually clear the ball.

64- Daniels finds himself free inside the box with plenty of room to set himself up for an effort and does that, he was in the end let down by the strike as it flies over the bar.

75- The Bucks looking firm at the back still and attempting to push for a second however the hosts are trying to find some momentum again following an even second half contest so far.

78-Jackson gets the ball to bounce of him after Yates pushes the ball into him with the balk going narrowly wide. 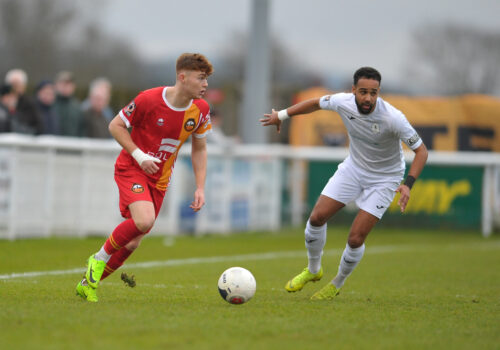 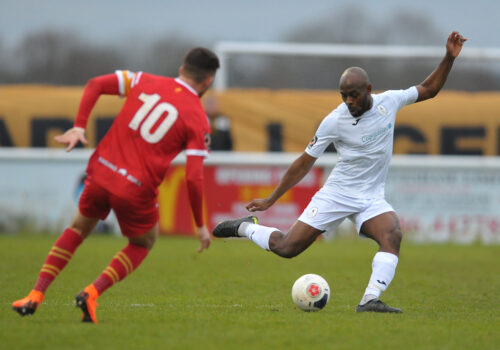 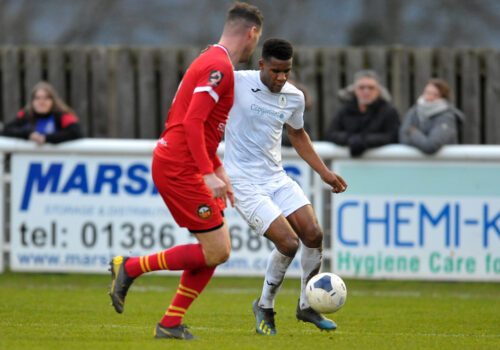 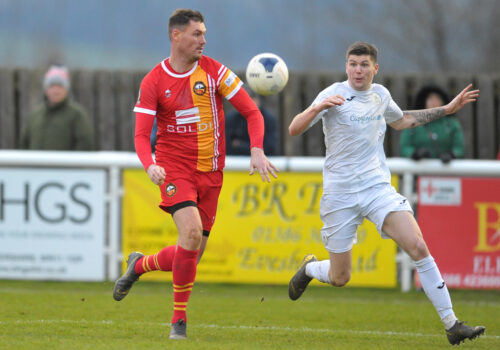 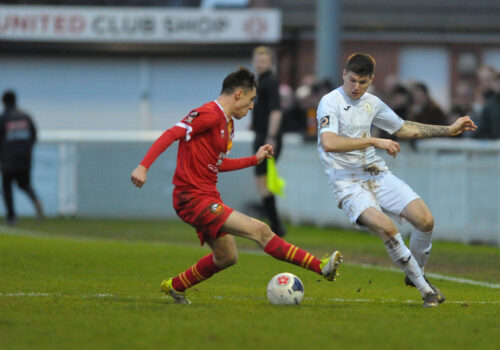 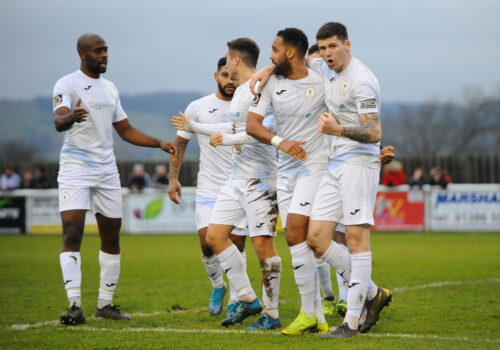 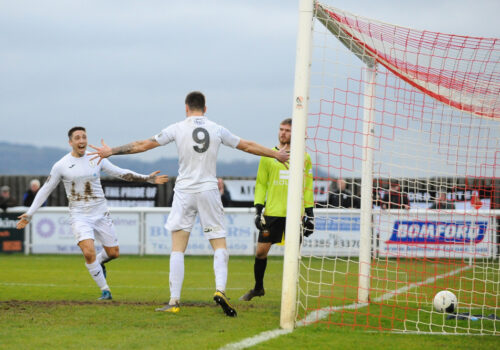 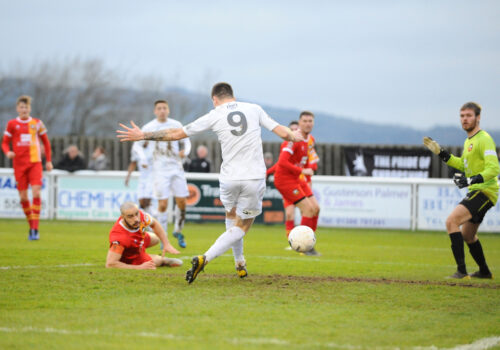 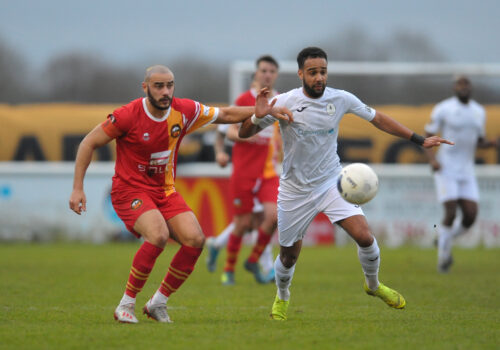 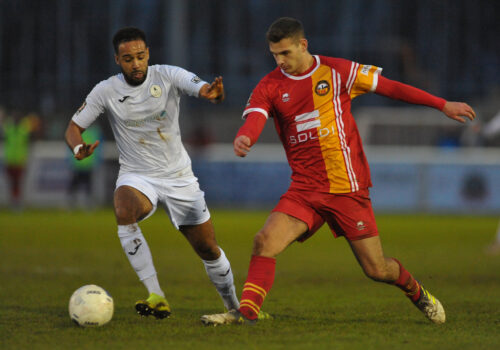 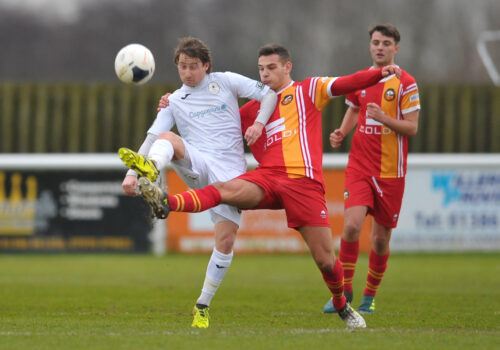 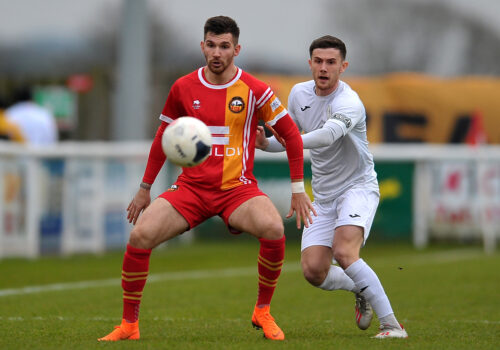 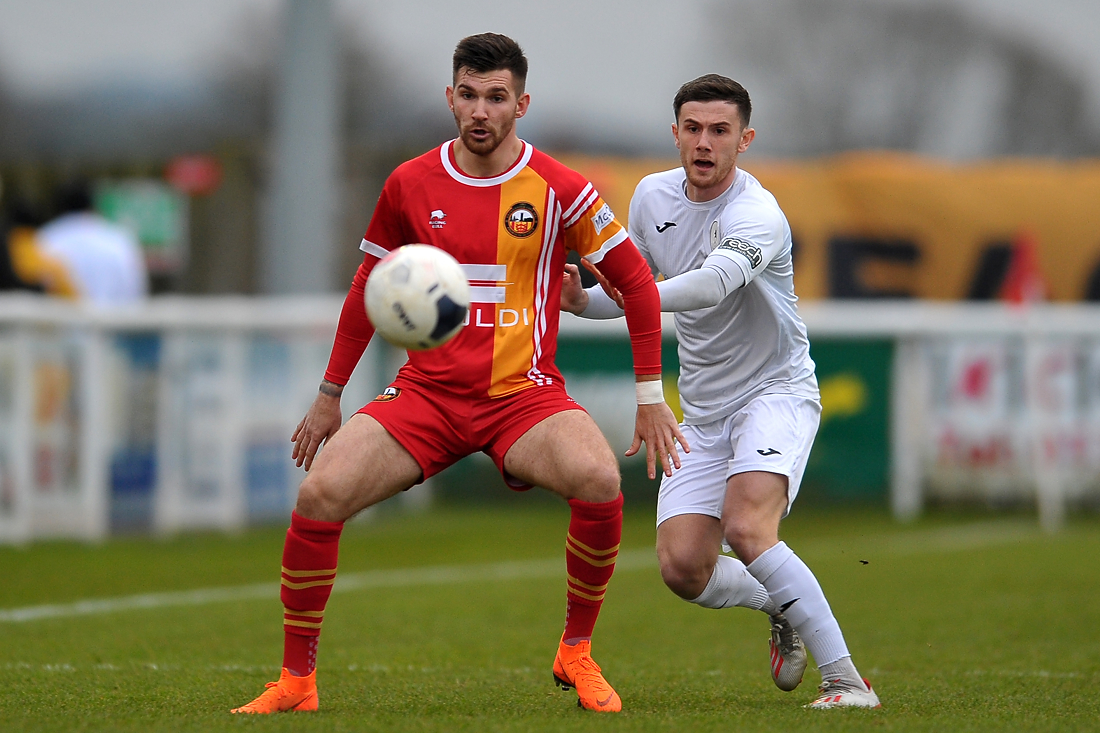