The Bucks came on the wrong end of a 2-1 scoreline with a late winner  from Andrew Halls meaning the Bucks left Manchester empty handed.

The winner came from a corner deep in added time where the Bucks at first failed to deal with a error in failing to win the header, Where Halls was waiting at the back post after he prodded at the chance that came his way by firing the ball home.

The Bucks did take the lead through an own goal by Ali Mohamud who was the culprit of his own teams demise where he couldn’t sort his feet out as he helped the ball on its way into the net. This came following a flick on from Darryl Knights who managed to meet Brendan Daniels cross.

The Nash equalised when a goalmouth scramble ending catastrophically with a Bucks player bringing down an opponent; before they then made it 1-1 from the spot with Sean Miller dispatching the ball away from the goalkeeper.

It should have been one nil to the Bucks as Daniels was once again a threat down the left before his in swinging cross was met by Stenson who’s poor contact with the ball ultimately showed as it was a chance that went begging from close range.

Aaron Williams had an opportunity when the game was level as a floated in delivery from the right was guided over the bar with Williams not really been able to get the contact on the ball he desired.

The Nash attempted to take the lead before they eventually did as Nicholas Rowe had an almost spectacular overhead kick come agonisingly close to the goalposts with another corner that the Bucks were caught out from. His effort from inside the box went wide in the end.

James Baillie had a free kick from just outside the box saved with Yates been called into action where he managed to get down to his left to steer it wayward from the goal.

Manager Gavin Cowan said following the game that they needed to focus on the game at hand and the performance aspect from that side was something he was pleased about.

“We have got to come to places like this and get it right, don’t get on the refs case and focus on the job at hand.

“We should have got ourselves ahead and stepped up the foot on the gas really.”

The problem he pointed out was that they could have defended a lot better when in their own box for the goals however they had many efforts at goal but were simply not ruthless enough.

“There was some real problems caused and we needed to be more ruthless in the box really, they got back into it but I don’t think they gained any momentum from that.

“I asked the lads for desire, do the job and a half and they did that, however around both boxes we were not good enough so they have to take responsibility for that.”

20- No chances as of so far but the Bucks are more than up for the battle here with the midfield attempting to create something, as both teams are still working their way into the game.

22- Corner for home side with Shaw rising highest but heading over.

24- Stenson squanders a shot from close range as he somehow hits an effort following a cross from the left anywhere but into the goal.

27-Goal!- Own goal from Mohamud as he steers the ball past his own goalkeeper following a cross from the left again. Knights did have a touch at first after the delivery.

38- Goal!-Miller puts the ball into the net from 12 yards as he sends the keeper the wrong way. The referee gives the penalty following a misdealt defensive altercation where a trip on a home side player occurred.

52- Corner from the left which is headed by Barnett who flicks the ball goalwards as he headed the ball just wide to the right.

68- Both sides scrapping it out to find a breakthrough however are lacking the quality to break each other down, plenty of tackles going in alongside an urgency to take each other on nevertheless.

82-Overhead kick from Rowe who almost scored a bicycle kick with the opportunity that laid itself in front of him as his shot goes wide to the left.

90+3-Goal!- The home side take the lead following a Yates dropped cross where a player eventually taps in. 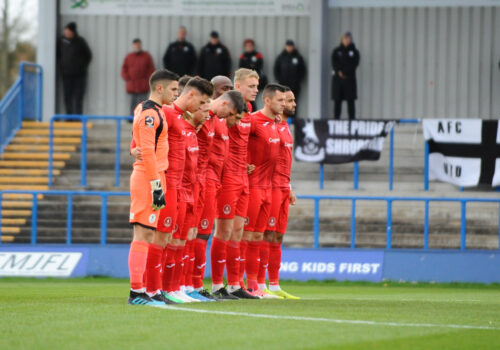 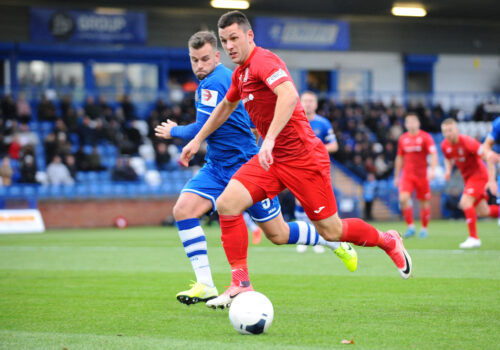 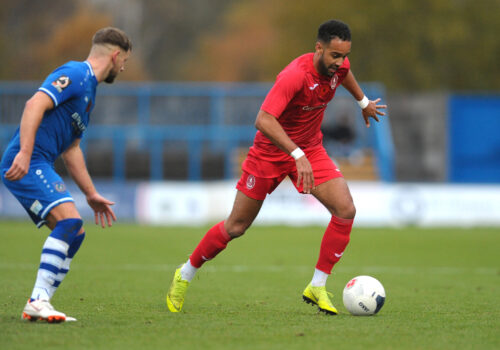 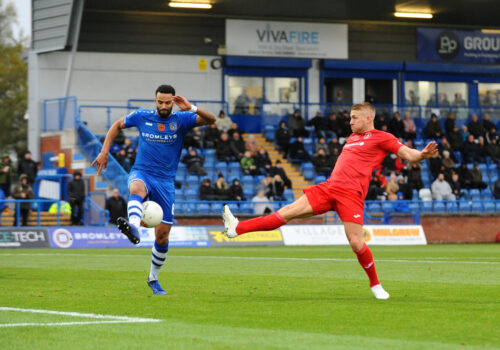 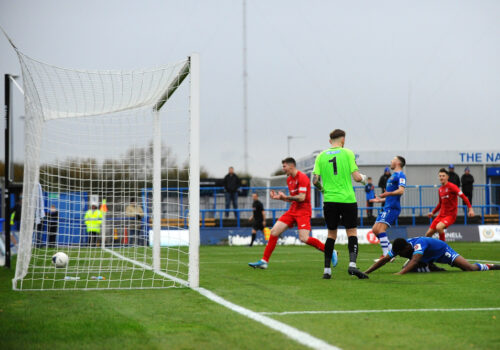 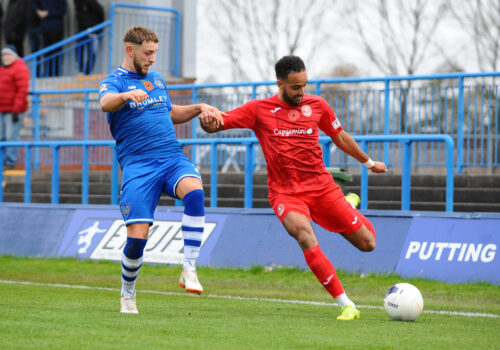 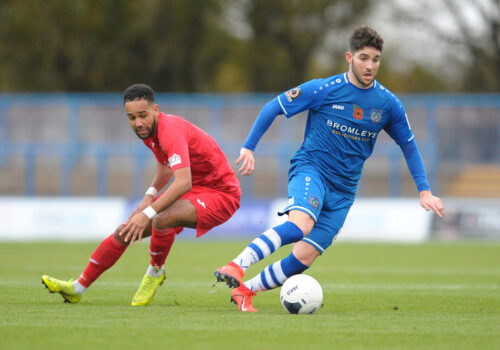 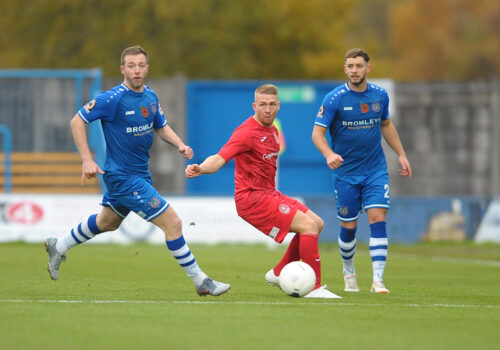 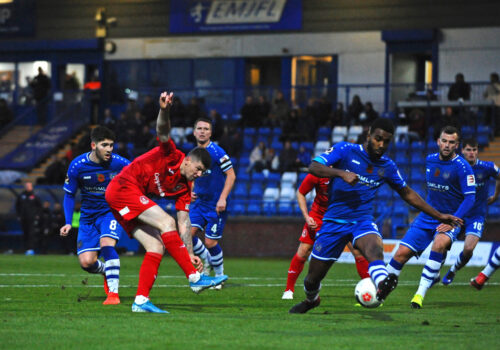 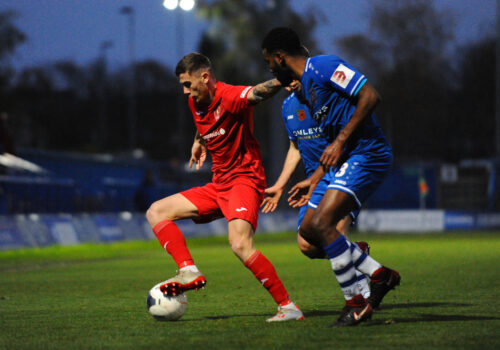 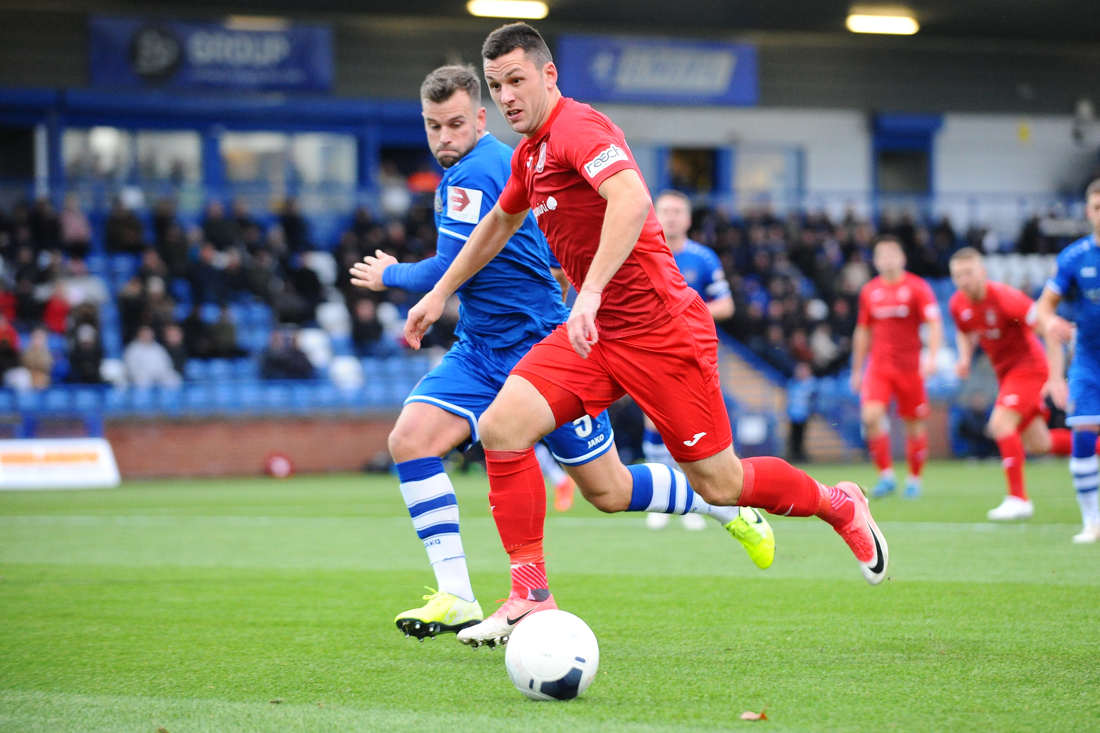