AFC Telford had to survive a penalty shootout to progress to the third qualifying round of the FA Cup after a closely fought battle with Northern Premier League Chasetown.

AFC Telford had to survive a penalty shootout to progress to the third qualifying round of the FA Cup after a closely fought battle with Northern Premier League Chasetown.

Amid torrential rain at the Scholars Ground Joey Butlin had given the home side the lead in the first half, but James Hardy struck back for the Bucks with a late equaliser before Jordan Davies stepped up to score the winning penalty in the shootout, leaving manager Gavin Cowan relieved his side had avoided an obvious bananaskin.

“Credit to chasetown, they really brought home to us what the FA Cup offers up,” he said.

“It was a really difficult afternoon, a very competitive afternoon in very difficult conditions and thankfully we’ve managed to get through by the skin of our teeth.

“They’ve been playing competitively for a few weeks now and we seemed in a bit of a ‘shock’ if I’m honest. You can play pre-season as much as you wnat but once you start feeling the tackles, the shoulder to shoulders and that competitive edge, we seemed a little bit shocked.

“Once their guy got sent off it was ten men behind the ball and that made it very difficult for us. But credit to our lads, they kept on believing and they kept on doing the right things.

“My message to them at half time was to play. Once we started to play we took control of the second half which was good, we had numerous chances where we should have scored, but we didn’t take those chances so we’ve got to be a bit more clinical.”

The hosts had taken control of the early exchanges, and just before half time their persistence was rewarded when Lee Vaughan was adjudged to have handled just outside the Bucks penalty area, and Chasetown fans favourite Butlin curled a free kick over the wall, past the dive of Russ Griffin and into the top corner to make it 1-0 on the stroke of half time.

But United battled back in the second half after Chasetown’s Luke Wynter was sent off for a second yellow card on the hour mark, the centre-half bringing down Jason Oswell after the Telford striker had got the wrong side of him from a through ball, leaving the referee with little choice – despite lengthy protests from the home side.

After the sending off Telford took control, boosted by the introductions of Dominic McHale and the lively Jordan Davies, but as the clock ran down it was Hardy who provided the game’s defining moment of quality, the diminutuve Bucks midfielder collecting the ball on the edge of the penalty area before rasping his effort into the top corner to level the tie in the 83rd minute.

And the Bucks could have won it moments later when Aaron Williams worked a yard of space for himself in the Chasetown penalty area before seeing his effort crash off the bar and over, meaning the game headed straight for penalties.

Both sides buried all four of their opening spot-kicks, but when Oliver Hayward blazed Chasetown’s fifth over the bar, Jordan Davies showed nerves of steel to smash his effort home, sending Telford through.

“We were very professional in that moment which I was very happy with. There’s a lot I’m not happy with today of course, things that I would have preferred to have gone our way, but that’s credit to chasetown, they made it very difficult for us,” added Cowan.

The result ensured Telford book-ended a 203 day period since etheir last competitive fixture, a 3-1 home victory against Kettering, with victory, and progression into Monday’s draw. 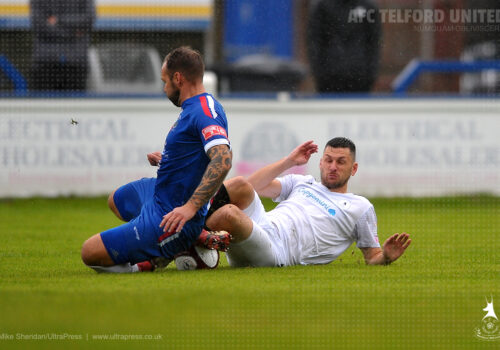 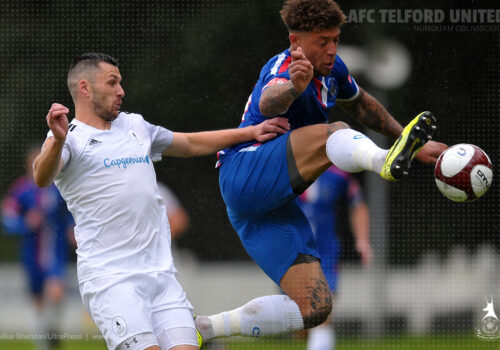 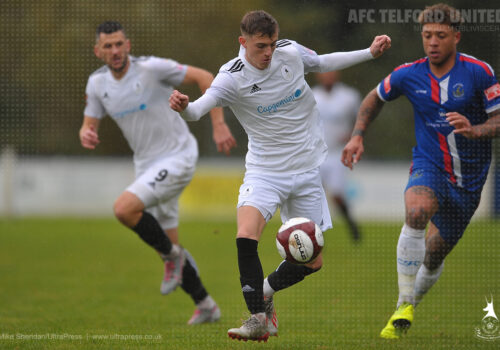 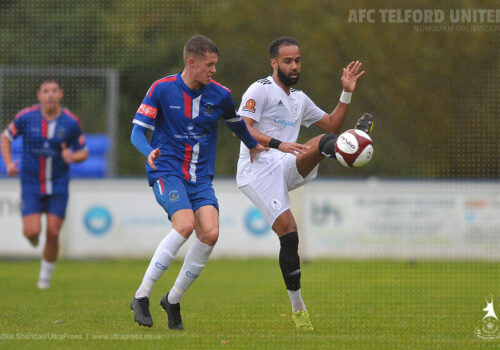 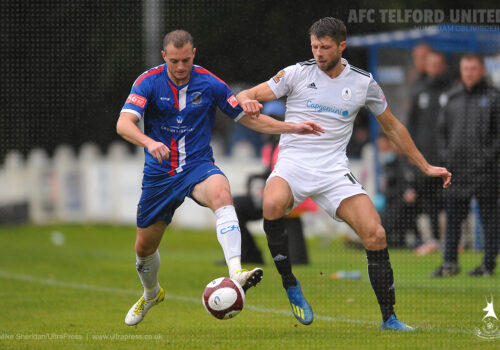 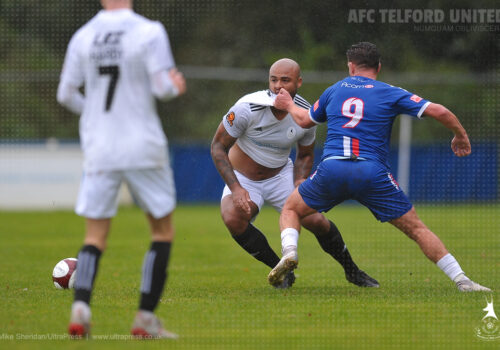 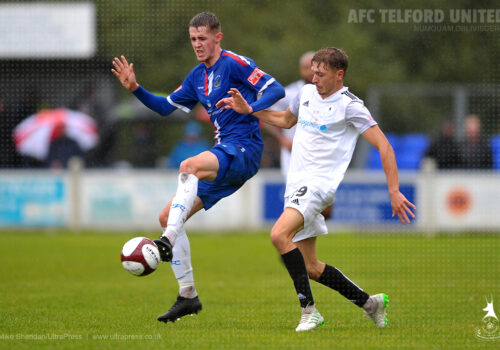 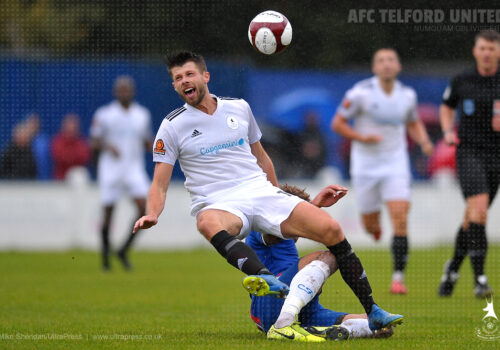 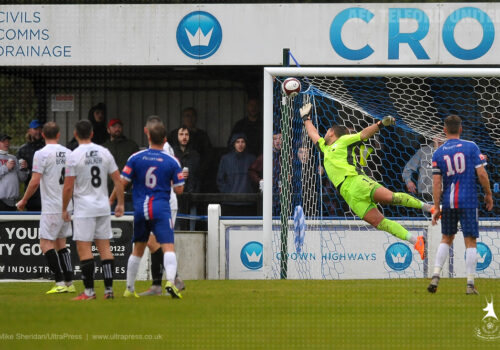 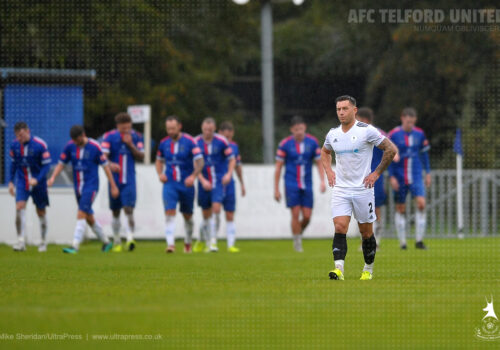 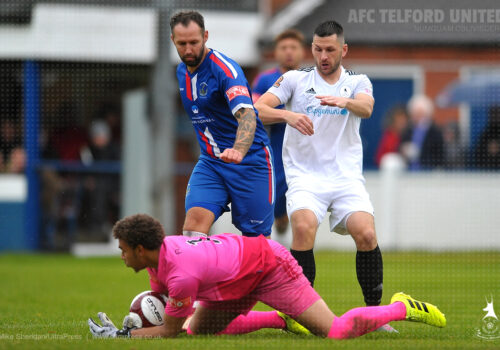 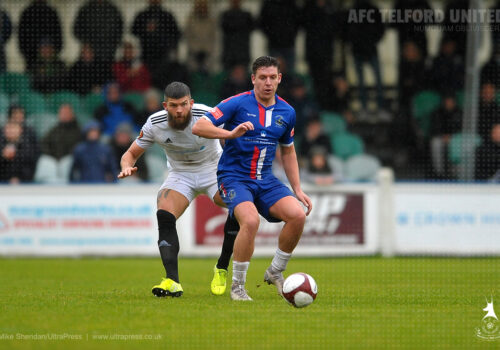 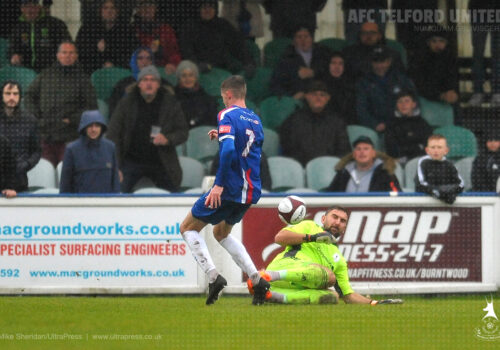 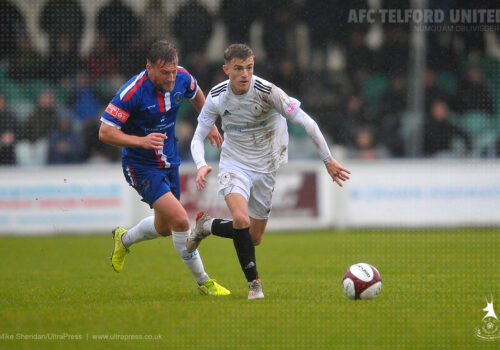 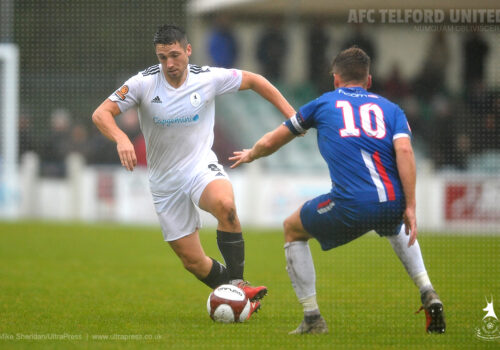 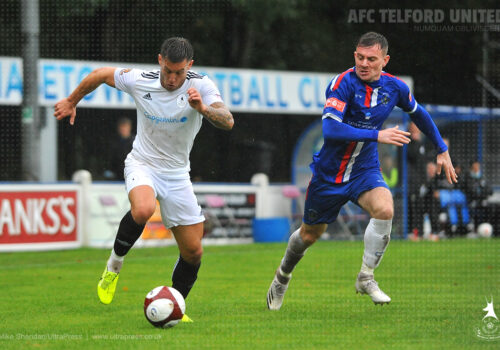 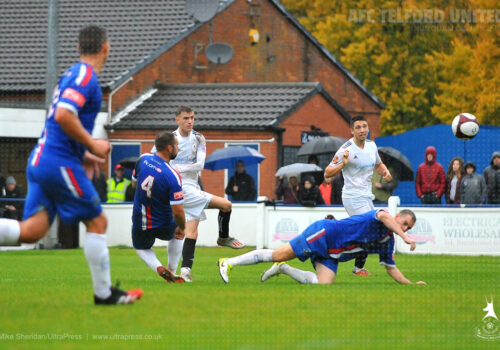 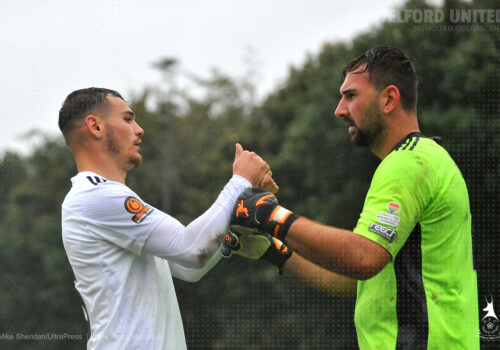 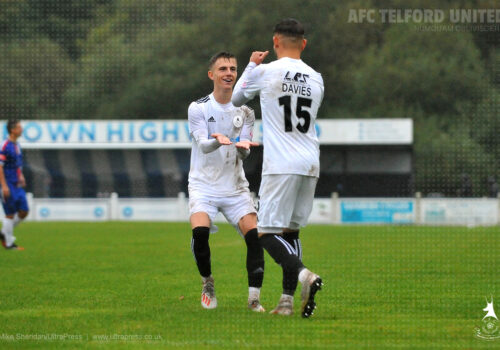 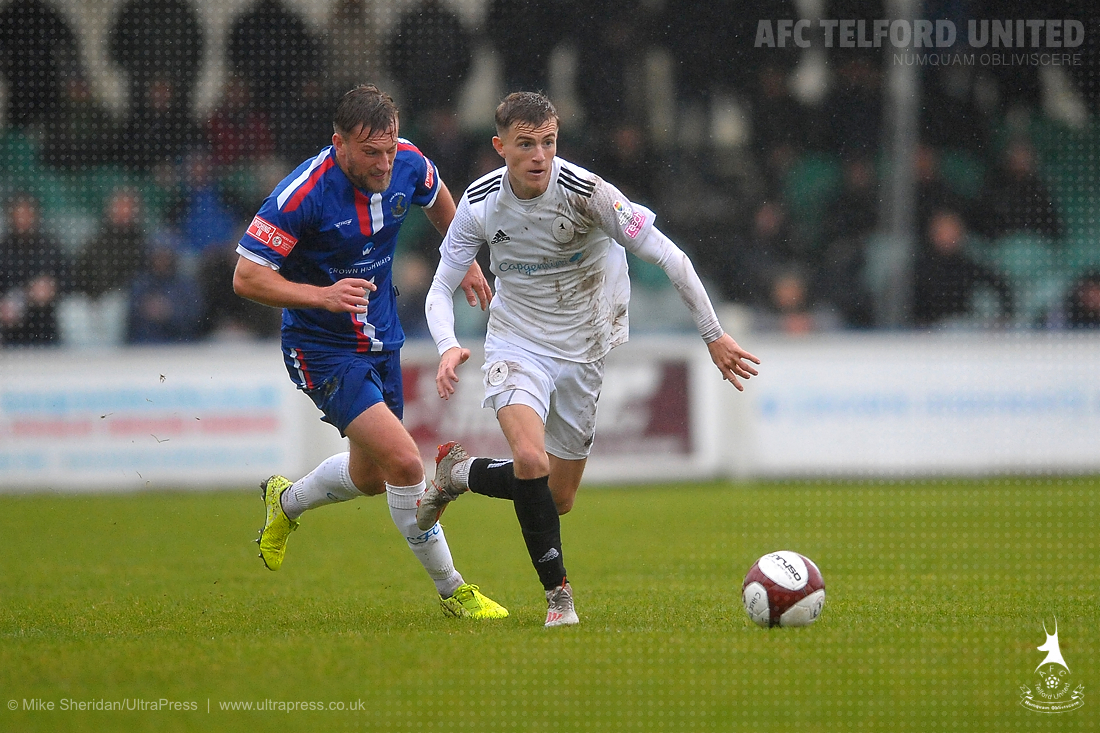 AFC Telford were made to share the spoils in an entertaining two all draw with Altrincham, as...