Telford started well, but the first real chance fell to the hosts. In the 25th minute a long ball forward found Isaac Marriott down Bradford’s inside right, and the midfielder cut inside Zak Lilly with an excellent first touch. Marriott now had plenty of time and space inside the Bucks’ box, with teammate Adam Nowakowski unmarked at the back post. But, instead of squaring the ball, the young attacker opted to shoot and pulled his shot wide of the near post.

And Bradford would be made to rue that miss just moments later. Telford’s industrious left back Eddie Jones won possession for the Bucks just inside the Avenue half before swiftly sweeping the ball up to Jason Oswell. With his back to goal, Oswell took one touch to control before laying the ball off to the onrushing Dom McHale, who smashed the ball into the bottom corner from the edge of the box.

That saw Gavin Cowan’s side go into the break a goal to the good. And within two minutes of the restart, the Bucks had doubled their lead.

With an injury to Jack Byrne forcing the Bucks to make a change at the break, Cowan introduced Jordan Davies for the second half, and the forward had an immediate impact. Davies’ cross from the right wasn’t properly dealt with by two Bradford defenders, and the ball fell to McHale, who lashed in a superb half volley from 25 yards out.

Telford were comfortable at this point, but in the 53rd minute a second yellow card for Andy Bond saw the Bucks reduced to ten men.

Bradford then pulled one goal back with a quarter of the match remaining. Brad Dockerty crossed low from the left, and Lewis Knight’s mishit shot from the edge of the six-yard box looped passed Russ Griffiths in the Telford goal.

But while Avenue had the lion’s share of possession for the remainder of the game, the Bucks defended admirably – Bradford’s best attempt being Dockerty’s rasping 25-yard drive in the 94th minute that whistled just wide of Griffith’s upright.

Telford saw out the game to win 2-1, picking up three points on the road for a second successive Saturday. The Bucks move up to 4th in the National League North table. 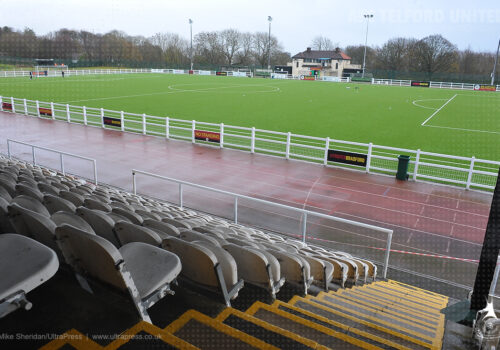 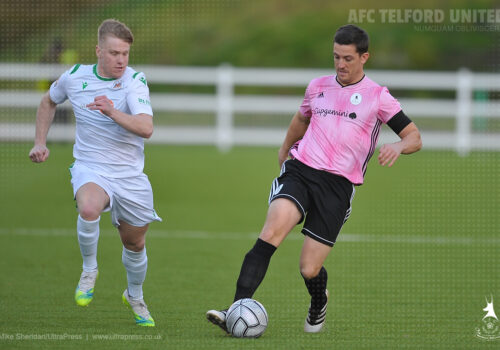 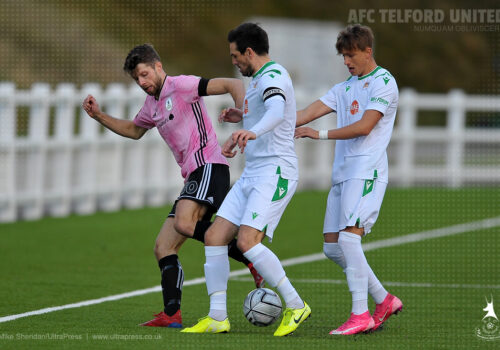 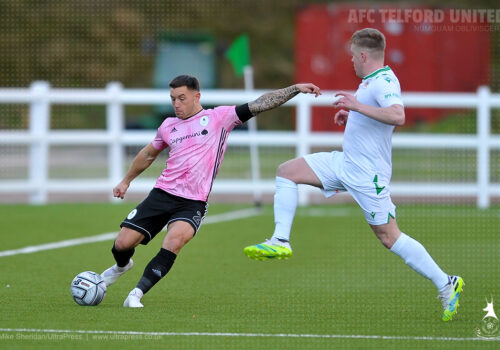 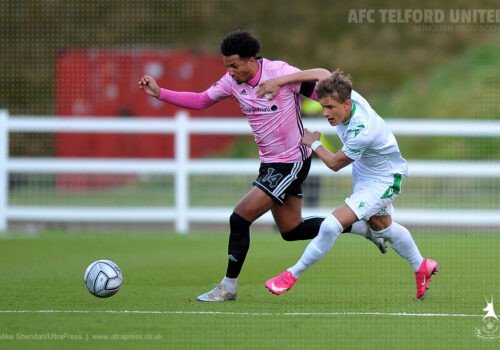 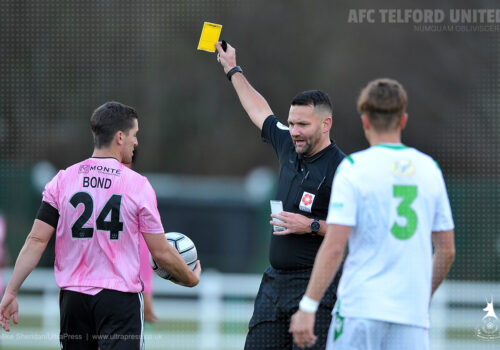 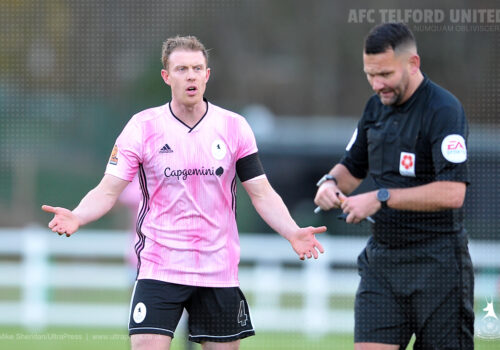 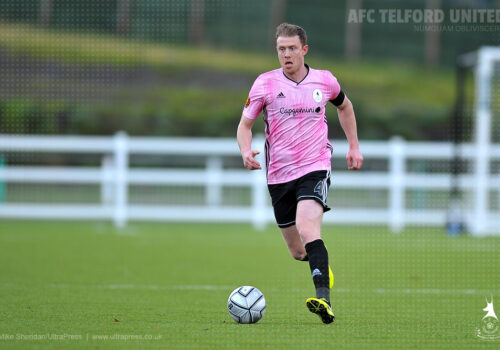 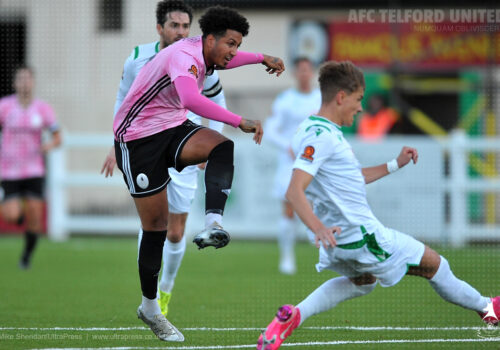 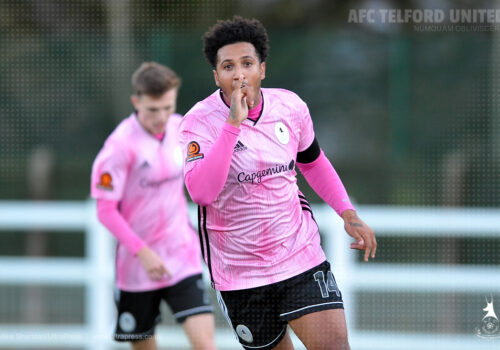 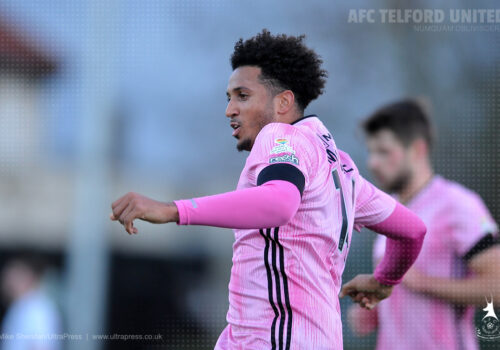 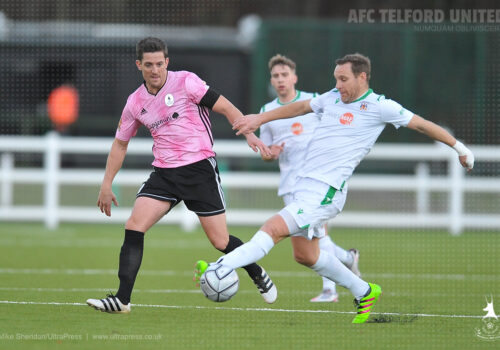 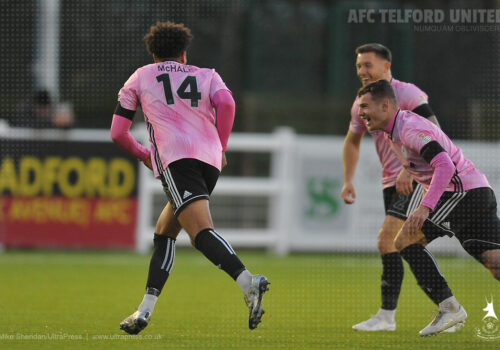 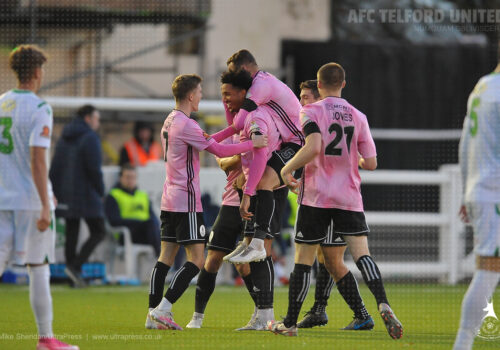 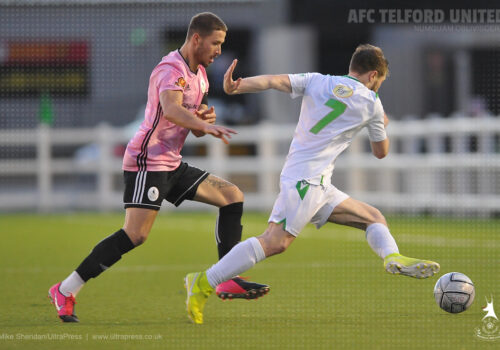 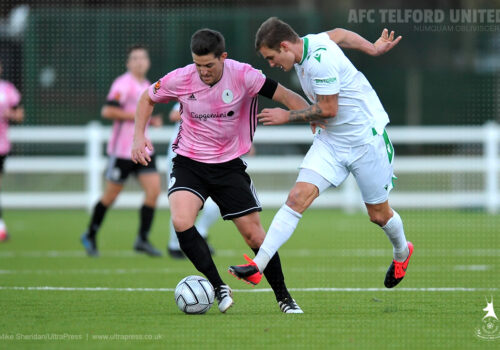 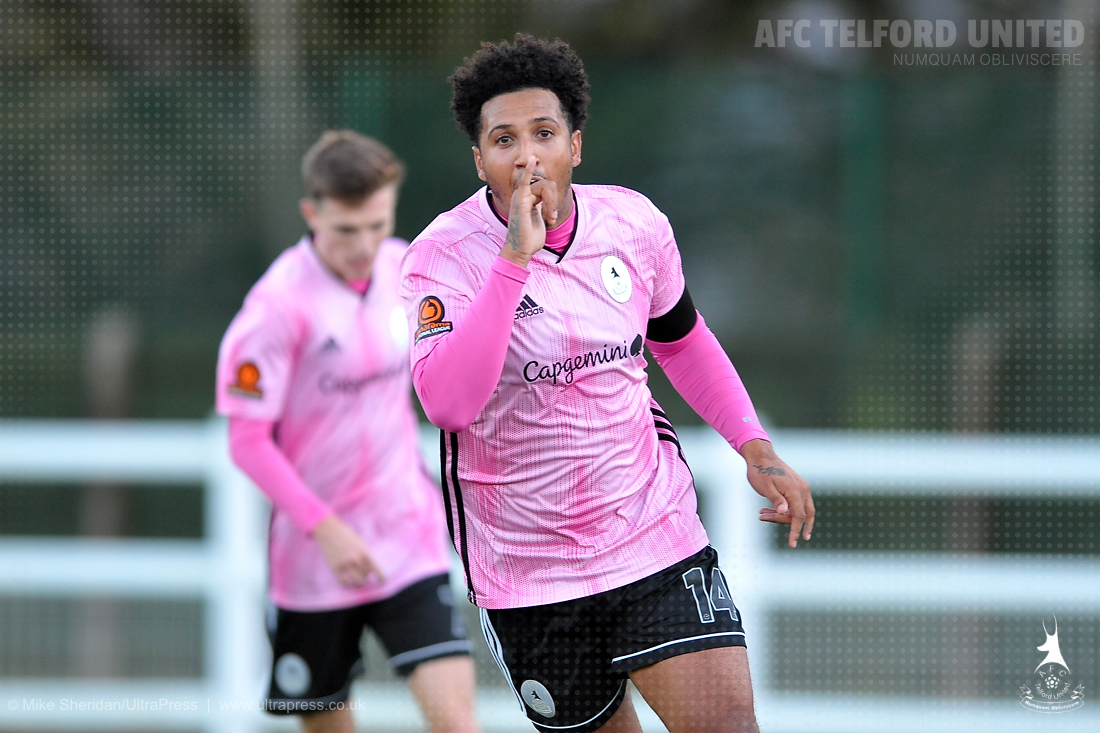