AFC Telford put up a valiant effort as they managed to walk away from Brackley Town with a point to their name with the Bucks extending their current unbeaten run after a Marcus Dinanga penalty levelled the score for the Bucks.

Dinanga put the Bucks level just before the interval when he was fouled in the box after been tripped by a Saints player, as he made no mistake in converting the following spot kick with his penalty going high into the right side of the net , sending the keeper the wrong way in the process.

Matt Lowe fired the hosts in front early on when he managed to get an accurate effort from point blank range into the net, this was following the Saints trying to work their way through the Bucks defence after failing to get a clear shot away beforehand as Lowe made his effort count.

Lee Ndlovu had the best chance for the home side at 1-0, when Telford failed to deal with a routine through ball but Andy Wycherley made himself big to the opposition before saving a shot from the Saints striker with his legs.
Telford could have won the game for themselves as Brendon Daniels almost found himself in a position where he could get the whip on a free kick to put the Bucks in a commanding position, he got the whip right as the ball went right over the wall before going narrowly wide.

Ndlovu also could have put the Saints in front early in the second half when he got the better of Shane Sutton first time around, however when he managed to get his shot away Sutton managed to take the sting out of the shot, before seeing Wycherley jump on top of the ball to his right.

Gavin Cowan’s verdict after the game with quotes coming from the Youtube channel, as Gavin was delighted with the Buck’s all-round performance and thought they were more than well-equipped when it came to dealing with Brackley on and off of the ball.

“My feeling, and certainly the players’ is, what a fantastic performance. I thought we were absolutely awesome, not just in possession, where I thought we moved the ball quick and with clever play.”

“Out of possession, just to see the lads desire and just how much they were at it, it feels like things have clicked, we will take it one game at a time but I think it was a very, very good performance today.”

He was also slightly disappointed with the fact that they did not leave with the win with this been a game that the Bucks didn’t sit back and try to hold for a point as they ventured for the winner. The manager was happy that they have now seemed to settle down and are able to come to places like Brackley and compete.

“Momentum is good and that’s why I would have liked a game Tuesday. The lads have got a lot of belief now so I think the thing now is to make sure there’s no complacency which there won’t be. As I say it’s not just my mindset it’s of the opinion of the players and the disappointment.”

“I think when you have got that mentality where you come to places like Brackley and see teams leave with barely nothing, and we can come somewhere like this and get a point and feel like we should have got more then that’s a good place to be.”

He also very happy with Dinanga who earned the spot kick with Gavin praising his superb skill which saw him win the penalty, as well as that he was pleased with how we went about his business in making sure he had no choice but to include him and is now repaying the manager’s trust by delivering consistent performances .

“I can’t wait to watch it back, what an unbelievable bit of skill to win that penalty to bring it out of the sky like that and dink it over the centre half, I mean that was outrageous, then to convert it when he’s rattled it in the top corner there.

“I think the confidence come from the work he is doing, he is earning it; it’s all well and good getting rewarded when you haven’t earned it, you don’t get that sense of achievement, but he is earning it now and is doing his work out of possession.” 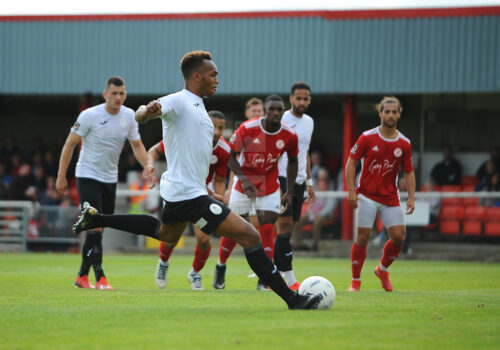 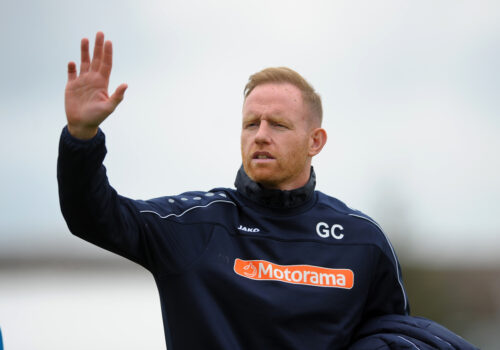 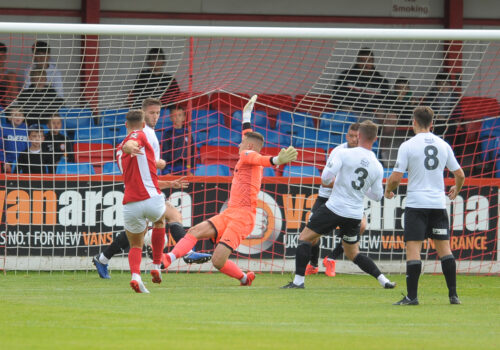 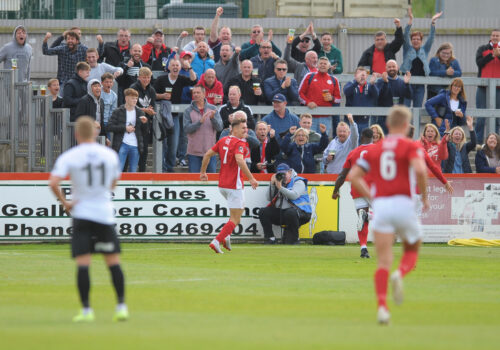 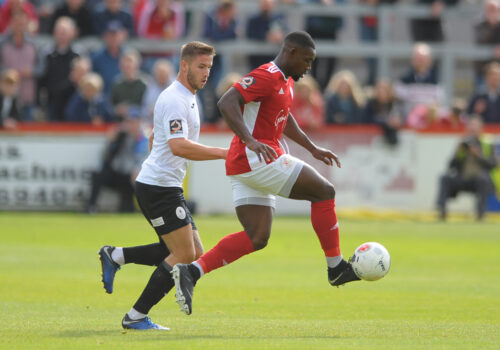 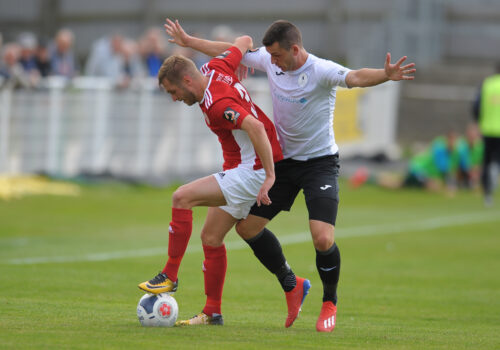 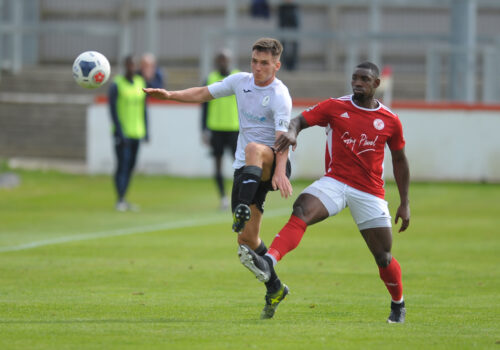 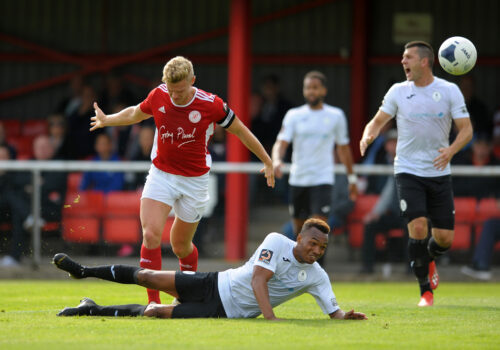 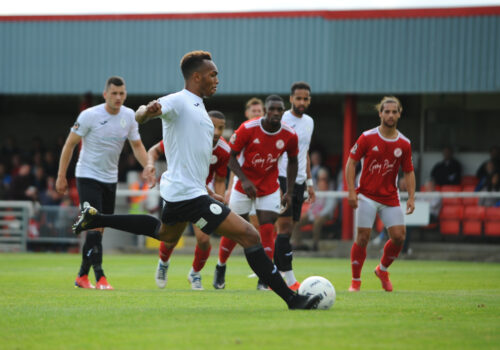 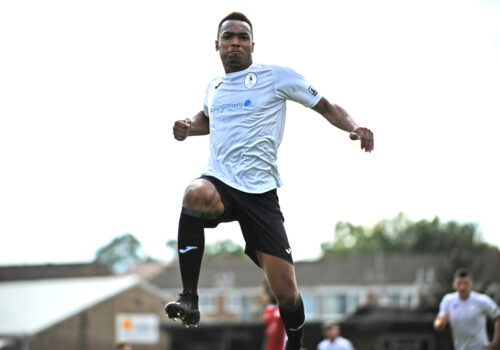 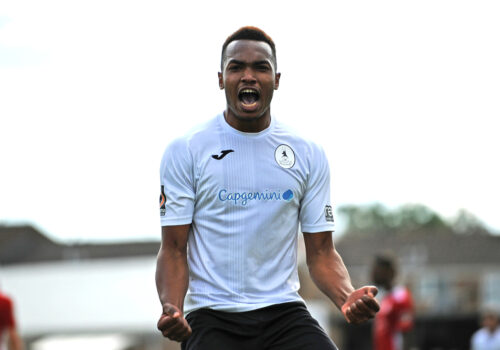 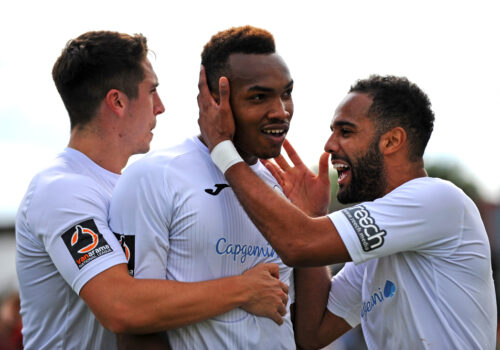 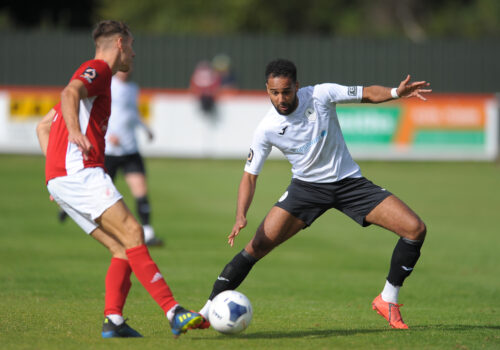 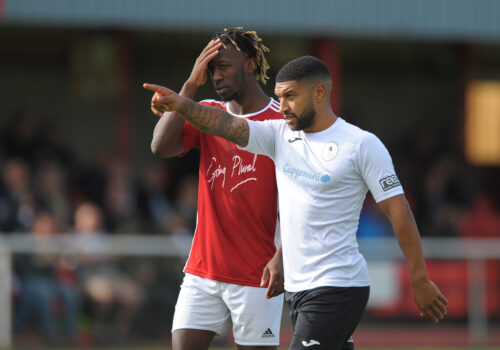 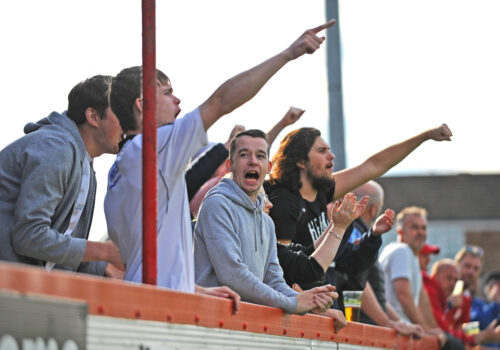 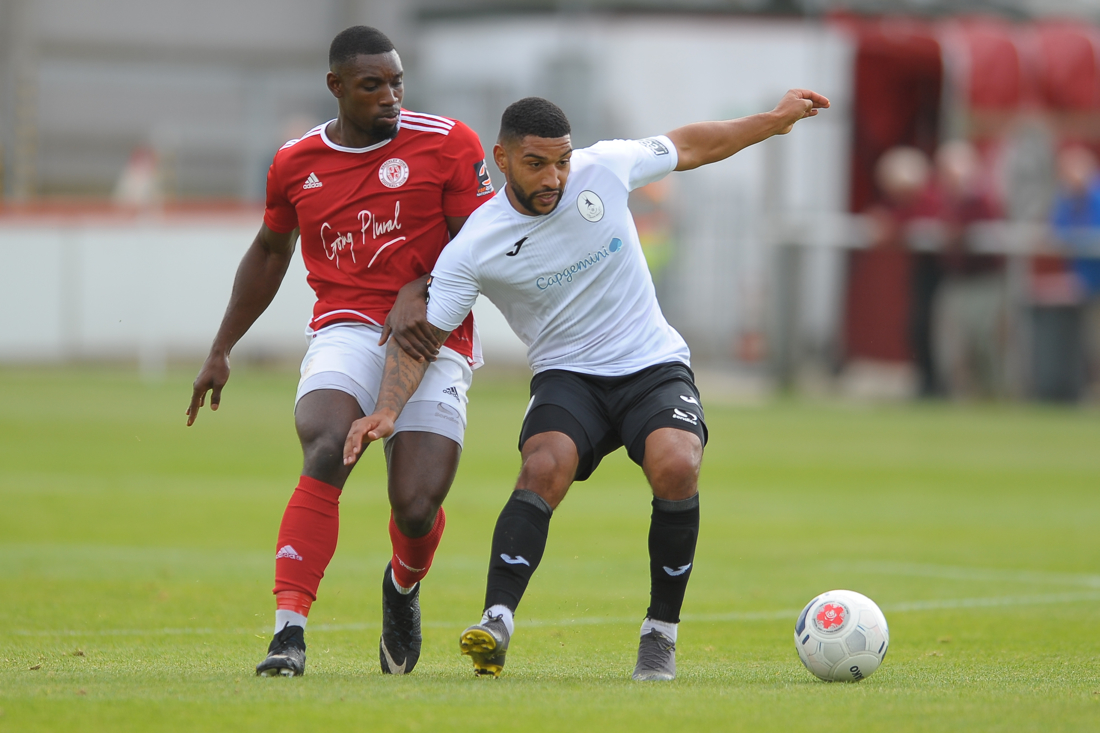