Telford boss Gavin Cowan called on his side to be more ruthless after a lasp-gasp equaliser from Blyth Spartans prevented the Bucks from making it two wins from two at Croft Park.

The Bucks looked in total control after Jason Oswell has headed home in the 13th minute to give them the lead.

But the hosts grew into the game during the second half and were presented with an equaliser when Paul Blackett capitalised on a defensive mix up before slotting into an empty net with less than a minute left on the clock.

Cowan admitted that his side had “only got themsleves to blame” after the final whistle.

“It’s definitely points lost and we’ve only got ourselves to blame but ultimately you have to put it into perspective, just as I wasn’t getting overly carried away on Tuesday night [against brackley],” he said.

“We’re two games in, we know every point’s going to count between now and the end of the season but we’re not getting carried away.

“We’d scored a goal early on and I was just very keen to get that second goal. The tempo needed to be quicker, we needed to move the ball quicker, and what we needed to do to be successful, we stopped doing second half, even with continuous instruction, so I was a bit ‘miffed’ at why we did that.”

The Bucks were unchanged from Tuesday night’s 3-0 victory over Brackley with Henry Cowans continuing on the right flank in place of the injured Brendon Daniels.

And it looked as though Telford were set to continue where they left off in mid-week, getting their noses in front after a dominant opening period via in-form Oswell, who rose highest in the penalty area to head home his second goal of the season from Cowan’s whipped cross.

With  the Bucks toiling for a second goal to make the game safe, two shouts for second half penalties were waved away by the referee, firstly when Williams was brought down by Matthew Elsdon only for play to be brought back for an earlier offside, and then moments later when Williams collided with Blyth keeper Brendan Pearson.

Shane Sutton then had the game’s best chance, finding himself unmarked inside the six yard box from Hardy’s far post corner, onlt to see his header sail uncharacteristically wide of the mark.

With the clock ticking down to the 90 minute mark, the almost inevitable sucker-punch was delivered. A back-pass from Courtney Meppen Walter came up short for Bucks keeper Russell Griffiths, before his clearance was charged down by Blackett. The rebound fell mindly for the Blyth livewire, who tucked the ball away into an empty net to give his side a share of the spoils. 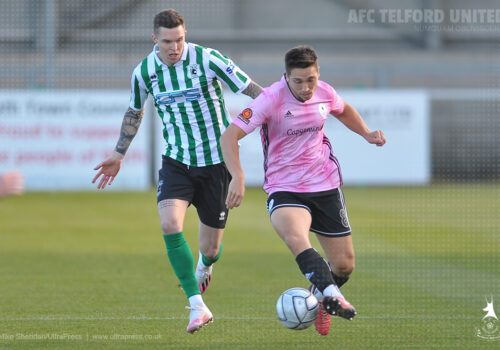 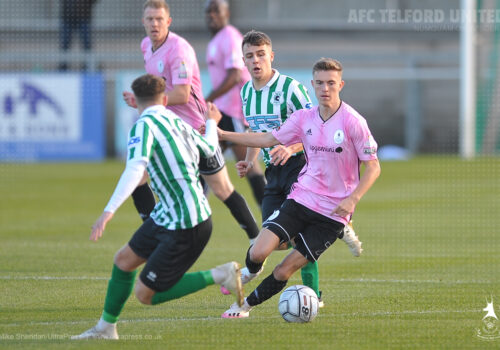 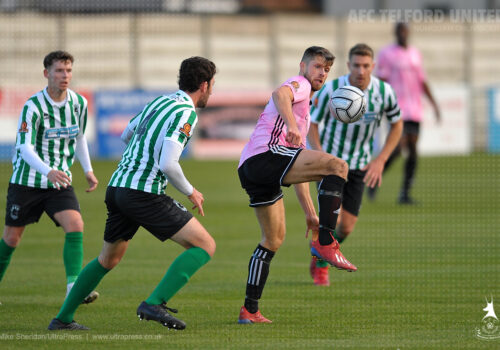 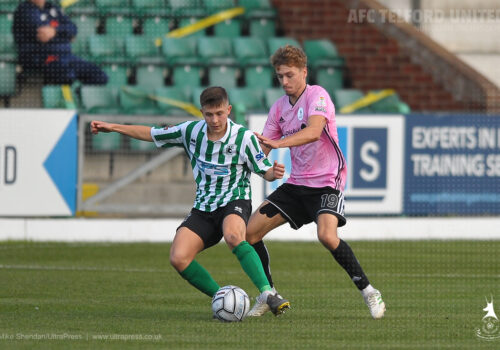 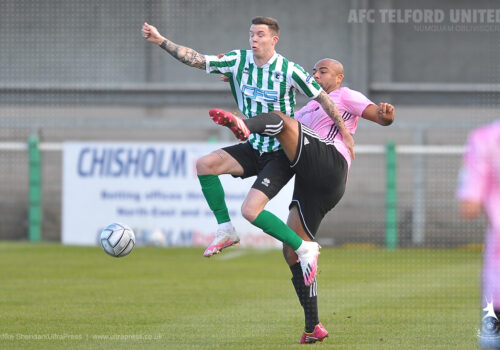 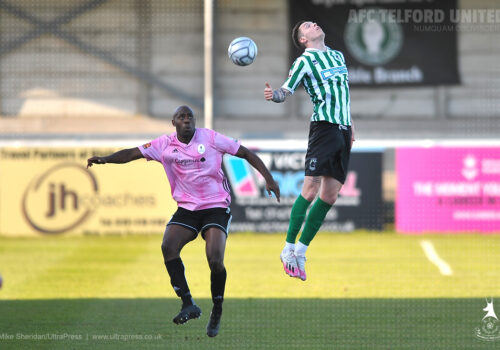 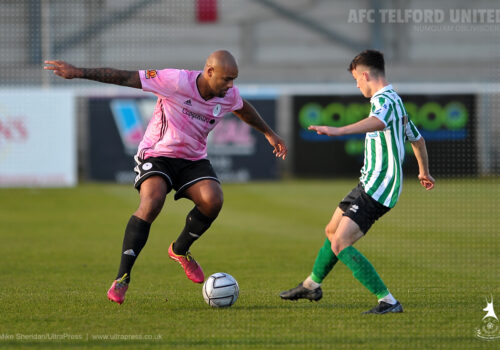 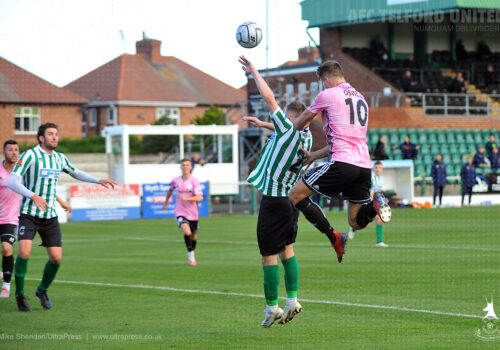 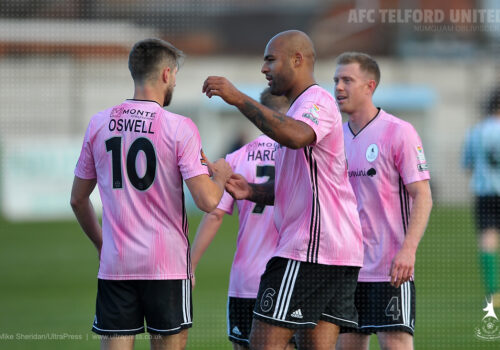 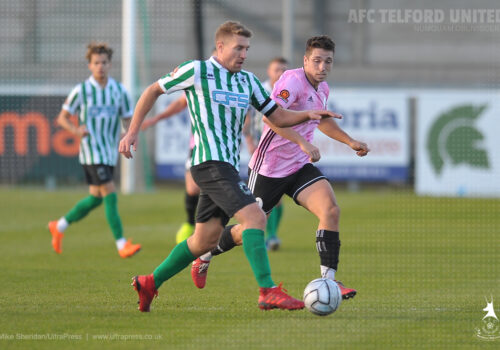 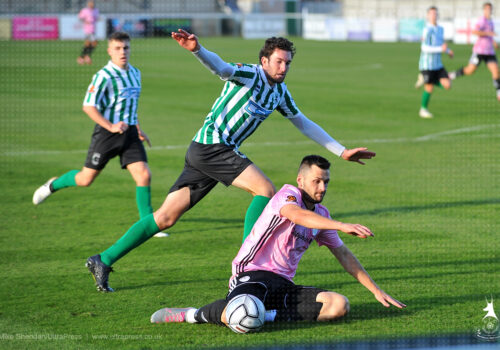 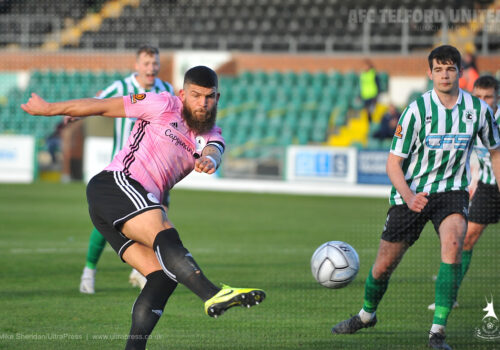 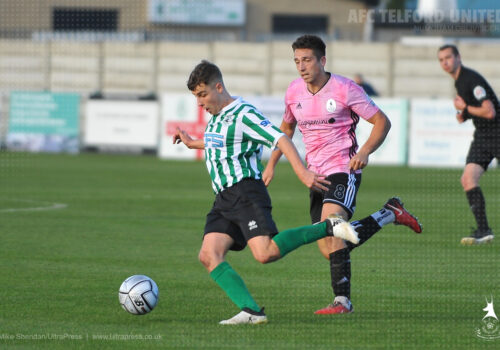 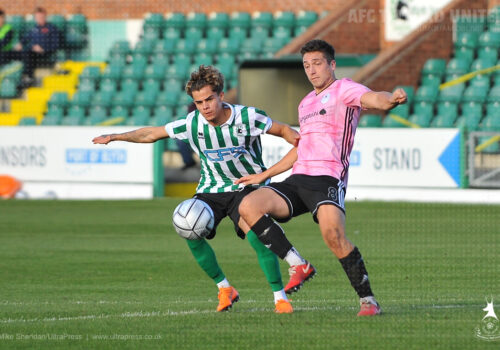 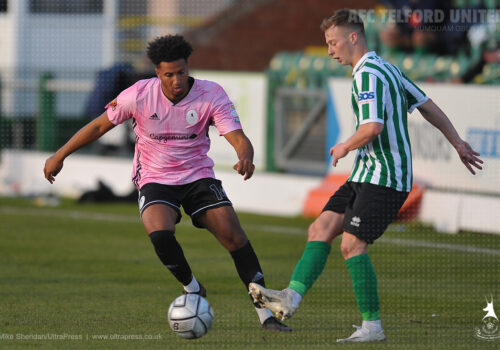 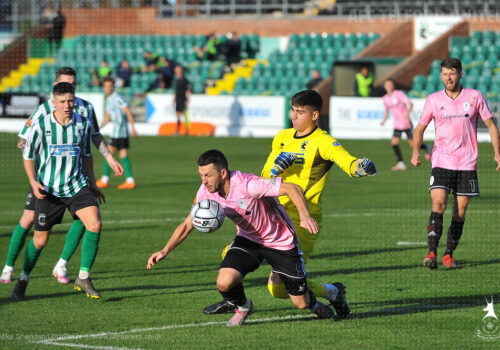 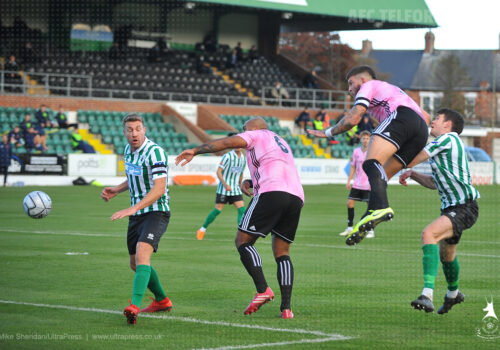 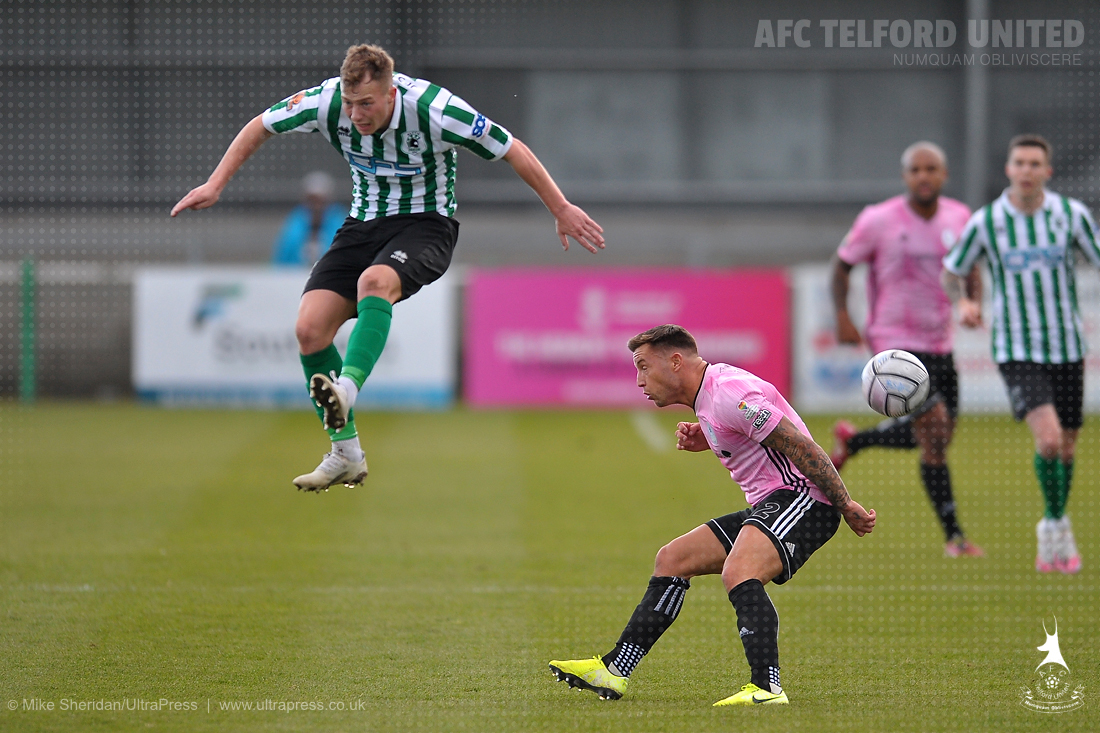 AFC Telford United bounced back from a midweek defeat to record a gritty 2-1 victory over...