Trouble seems to come in threes for AFC Telford United currently, and a hat-trick from Blyth’s Callum Roberts added to their current woes as they fell to defeat on the Northumberland coast.

After the previous weeks’ FA Cup exit to lower league Nantwich Town, manager Gavin Cowan shook things up with four changes to his starting line-up. Captain Shane Sutton was a surprise omission, although it emerged Sutton had succumbed to an ankle injury through which he has been playing.

The personnel changes didn’t produce a change in the storyline, however; as has been the case far too often in recent weeks, the Bucks conceded early, and were a goal behind after 10 minutes to the first of Roberts’ treble, his second hat-trick in a week. The Bucks were vulnerable all afternoon on left of defence; captain for the day Ellis Deeney was assigned the left-back role but it was from that side of the field that the first goal came. The lively Roberts cut into the penalty area and got a fortunate rebound off Billy Sass-Davies before despatching the ball over Andy Wycherley from a narrowing angle.

The hosts, who thrive on comparisons to the famed warriors after who they are named, looked to drag the Bucks into a battle, with home skipper Robbie Dale seeming to deliberately target Theo Streete. The ploy worked, Streete being booked to the home fans approval.

It took Cowan’s men a while before they started to show more of their quality, chiefly through left-sided attacker Brendon Daniels. Blyth keeper Mark Foden shovelled a Daniels shot away to safety, whilst Adam Wrightson’s darting run created a chance for Michael Sweet to shoot, Wycherley saving the Blyth striker’s effort. Daniels also had a shot blocked by full-back Joe Robson, created by a neat through ball from Lewis Reilly. Despite gaining some momentum, the Bucks went in a goal adrift at the interval.

They almost went two behind early in the second half, Wycherley unconvincing on a corner and from the loose ball James McQuilkin had to head clear off his own line. Blyth looked happy enough to hang on, with the Bucks lacking real incisiveness; Marcus Dinanga had a low shot on the swivel saved by Foden, and several corners and free-kicks yielded little as the Bucks laboured.

As the half-way mark of the half arrived, Roberts made the task harder when, from a rare Blyth push forward, he was shown inside off the flank by Deeney and skipped a couple of tackles before shooting in low past Wycherley’s left hand from 15 yards.

Eager to see a first league win, Blyth fans roared their approval, but their nerves started to jangle when substitute Darryl Knights directed a fine header over Foden from Ross White’s right-wing cross on 75 minutes. The Bucks seemed to realise they were in a hole, and at last some urgency took hold. Goalkeeper Foden looked shaky under pressure and the Bucks sought to but failed to take advantage. The momentum did appear to be with Telford, but when Deeney and Sass-Davies didn’t halt Roberts near half-way on 88 minutes, the Blyth no.10 raced goalwards before scoring an identikit goal for his third, in off the inside of Wycherley’s left post.

With two weeks now until they play again, this defeat will haunt the Bucks for much longer than the 200+ mile journey home from the North-East. 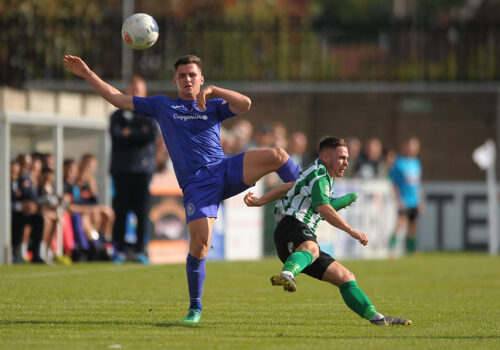 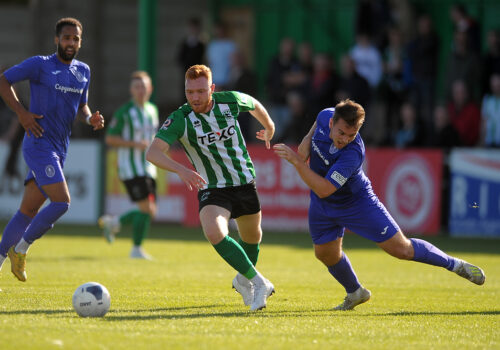 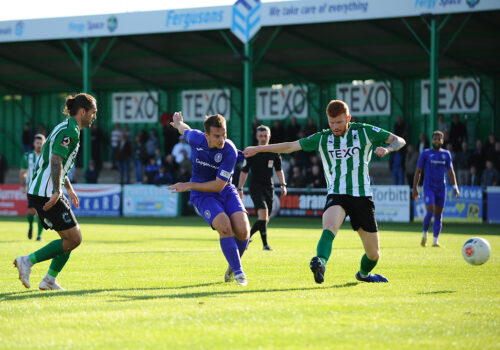 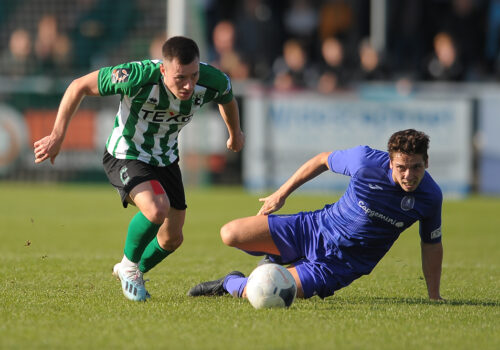 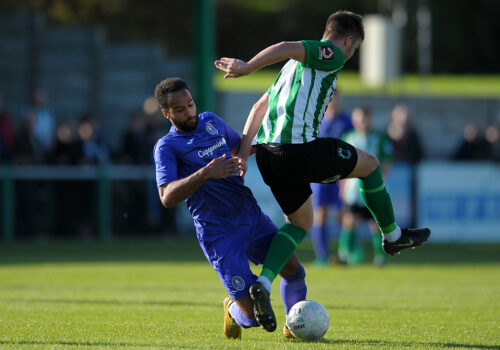 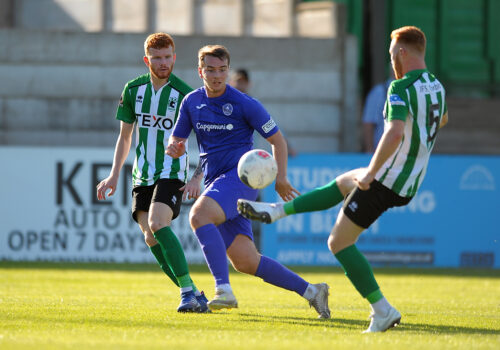 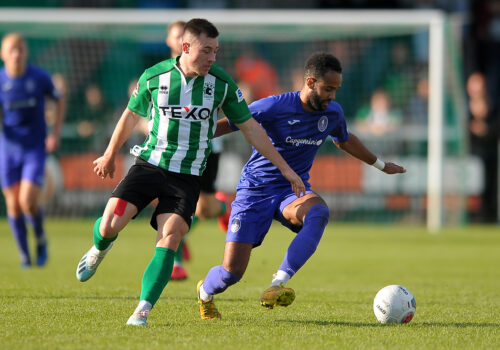 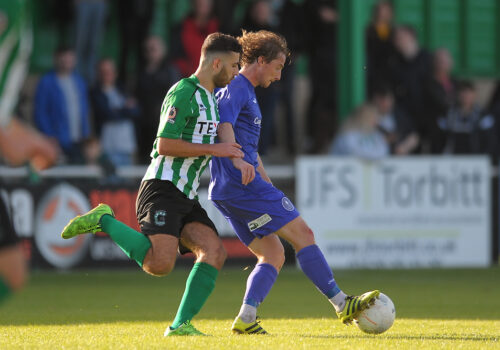 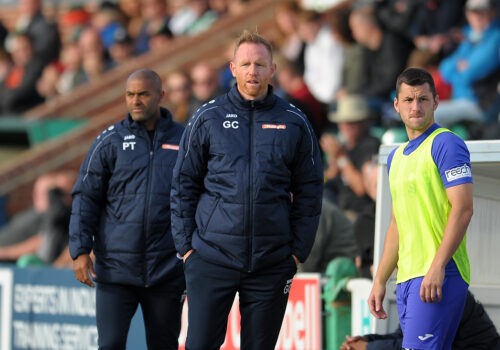 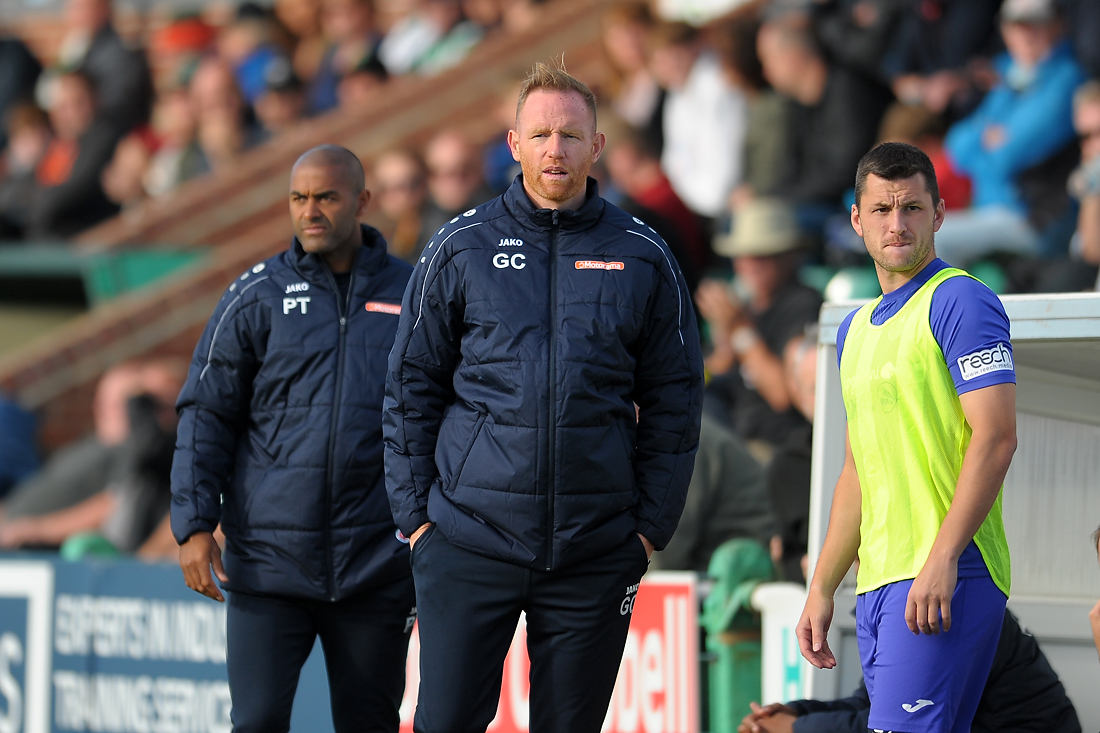