AFC Telford put up a galvanised fight to fend off current league leaders York City after James McQuilkin scored an equaliser for the Bucks to keep the full time score at 1-1.

The leveller came half way through the second half, with Brendan Daniels finding space on the left before his superbly poised cross towards the front post was met by a defiant McQuilkin, who glanced at the ball to bury it beyond Pete Jameson.

The away side took the lead when Sean Newton found himself free over on the far left before he picked out Jordan Burrow. Who confidently dispatched the strike as he fired the ball with plenty of pace and purpose, prior to the ball going  past Matt Yates and into the net.

Adam Walker had a chance late on as he had the ball fed into him before he saw a gap to potentially squeeze the ball into the far post, with his attempt in the end going narrowly wide from the outside of his right foot.

Matt Stenson put up a pleasing first display for the Bucks, as he almost was immediately a hero with his strike from range after he rattled the crossbar. He picked up the ball in the air and successfully came on top with the flicks over the away defence.

He also had another chance towards the end of the game when the Telford attacker came probing into the box from the right. However due to the acute angle his shot was denied by Jameson in the away sticks.

David Ferguson should have put the hosts ahead in the first half early on when he had no one around him for he attempted to drill the ball goalwards from close range, as his effort in the end went well over.

Gavin Cowan`s was delighted with the response to what his team showed following the two week break as he claimed that they all knew their roles and stuck to what they had to do superbly. He also commented on Daniels who came into the side following the late withdrawal of Riccardo Calder with the winger assisting McQuilkin for his goal.

“I`m really pleased with the performance, it`s not the result we deserved but it`s a positive result against a team top of the league. They all performed brilliantly, they did everything  I asked them to do, it laid down a marker for them to go on and do well and they did just that.

“(On Daniels) I think he should he extremely proud of himself and of his performance, it`s a very difficult thing to do to come in that late and he did it, I think he did it with fine colours.”

He also says the change of guard in mentality was key with a strong endeavour being present to be able to put the recent mistakes behind them. He wanted the players to only now focus on the future and has enabled a more positive output of mental strength which helped claim a draw.

“There`s been a shift in mentality, I think the lads have been mentally strong and there`s a lot more belief and they have decided to be a lot more optimistic and positive about the future. We have had to focus on we need to do rather than what we haven`t been doing.

“Not only did we match them, I thought we should`ve won but they`re a very good side in York; they have got twenty six pro`s desperate to get in the team. It was a brilliant performance and we should`ve won the game.”

He also says how the new signings have added a competitive edge and that it seems to be working well , the defensive structure was also a lot more compact which ensured the Bucks didn`t concede too many clear cut chances.

“It`s huge, it keeps people on their toes and puts a bit of fear in their belly`s and I think it healthy. Testament to the lads, they were solid throughout and as a whole backline as well. But it’s give us a chance doesn`t it.

“(On Guiseley next week) They`re a team who have been excellent this season and they`re going to be another tough test but if we perform like that we won`t be far off. ”

2-McLaughlin has an effort from close range as the ball breaks towards him after he drags his shot wide.

18 McQuilkin has an effort which eventually goes well wide from the edge of the area.

36- Not many chances, the Bucks remaining solid and compact as the league leaders have had limited chances, with the Bucks being the more encouraged side currently.

52-Stenson going for glory from range after he sees space created by the keeper moving off his line, before he lobs the ball up and hits the crossbar from outside the box.

57- Ferguson finds space as he evades the home defence down the right, he finds Burrow who blasts the ball above the goalkeeper, who is on his knees as the away side go ahead.

59-Williams with a real opportunity as he profoundly finds space before having a deflection come his way before he skies an effort over the bar.

66- McQuilkin with the telling contribution as he gets on the end of a cross from the left where he  glances at the delivery and the Bucks find themselves level.

74- Burrow strike straight at goalkeeper as he gets away from the home defence.

75- Stenton gets away on the right as he comes infield before firing away at the goalkeeper who is quick off his line, with the Telford striker surging  into the box.

82- Walker inside the box as he attempts a shot at goal with the outside of his foot with  the ball instead sneaking wide. 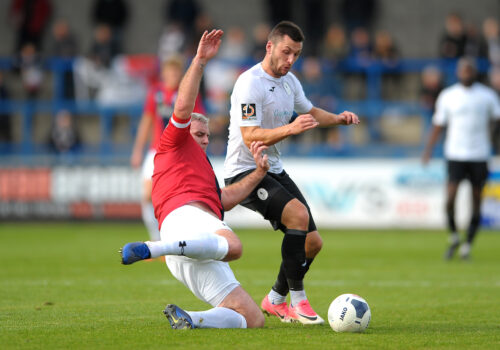 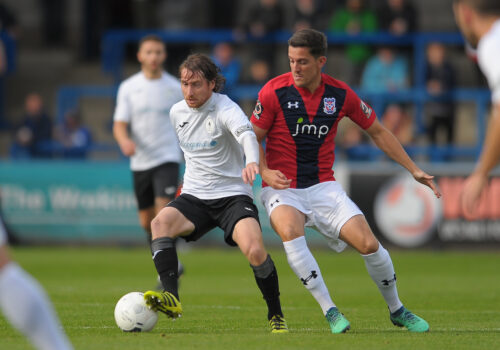 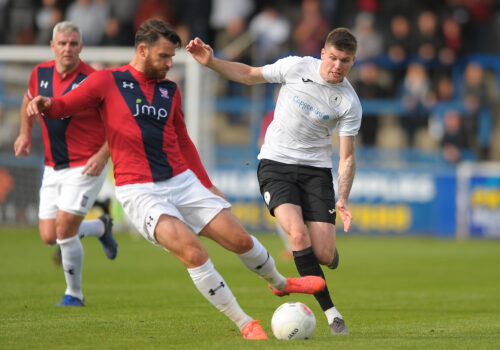 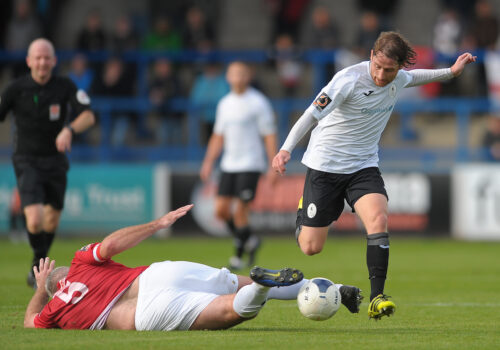 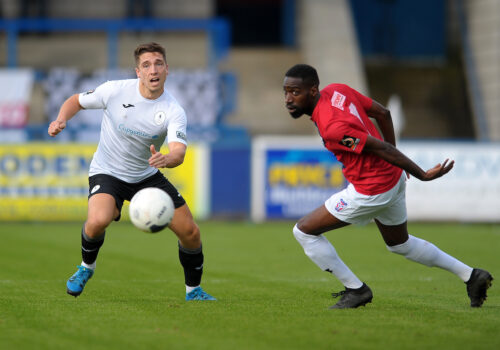 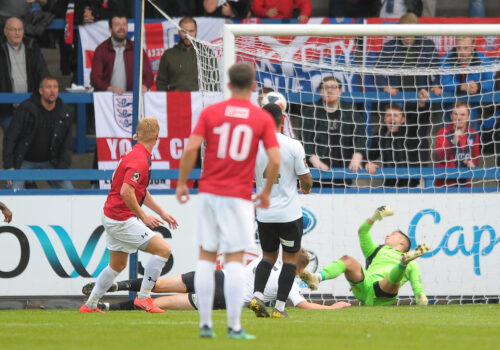 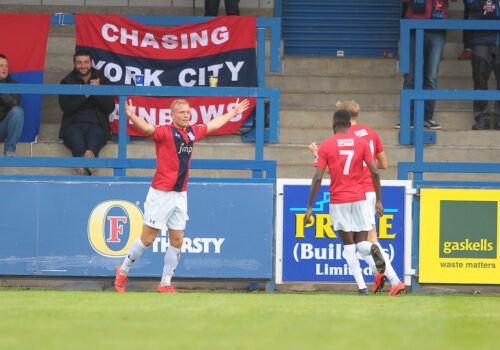 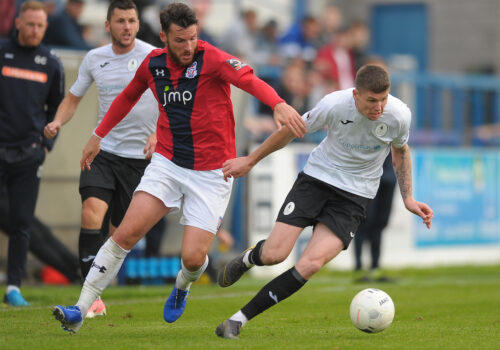 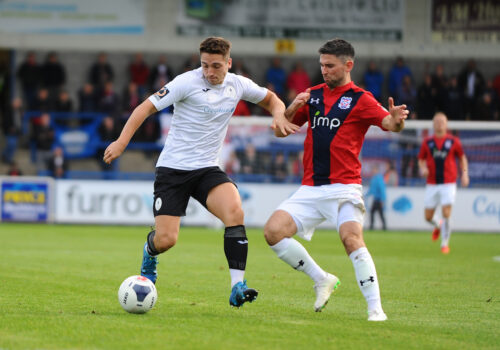 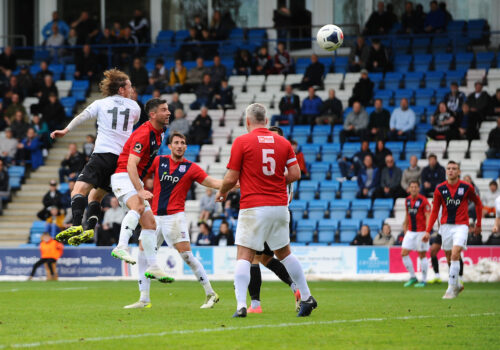 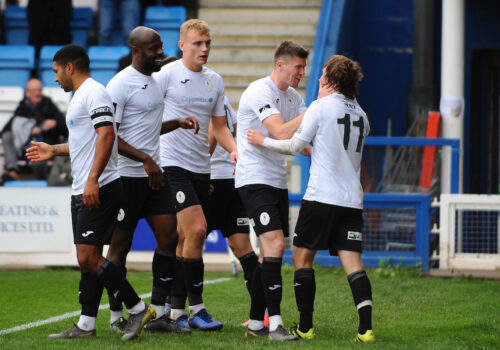 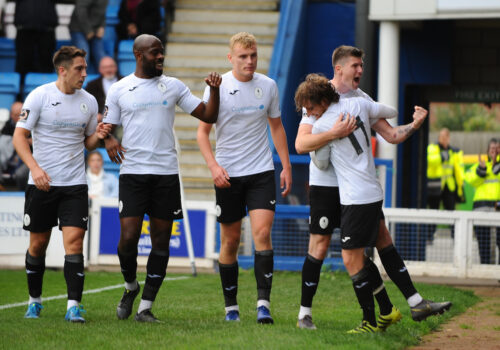 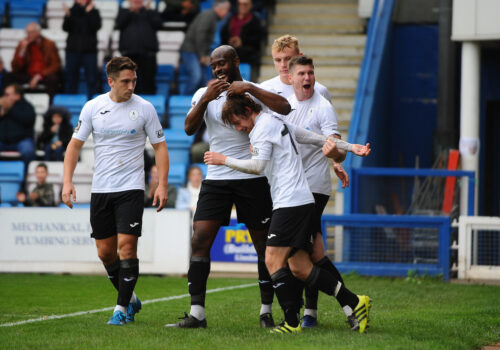 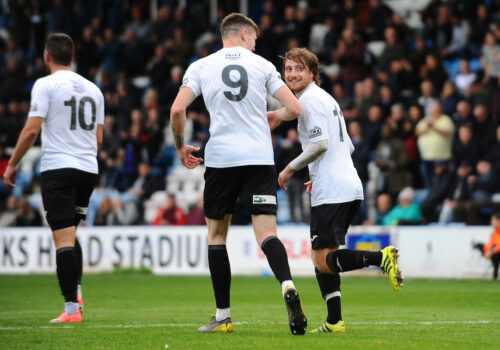 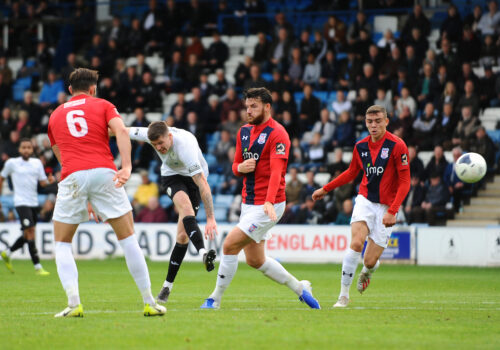 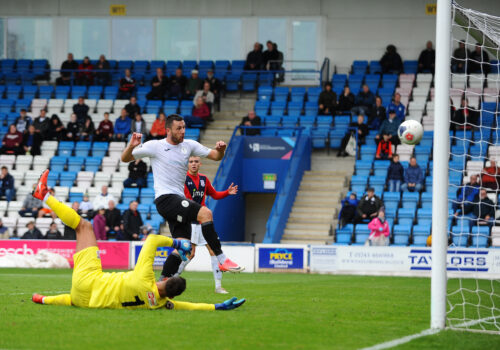 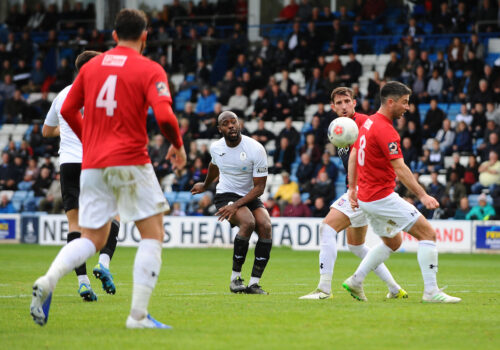 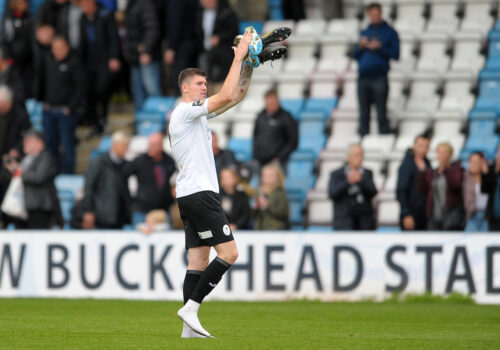 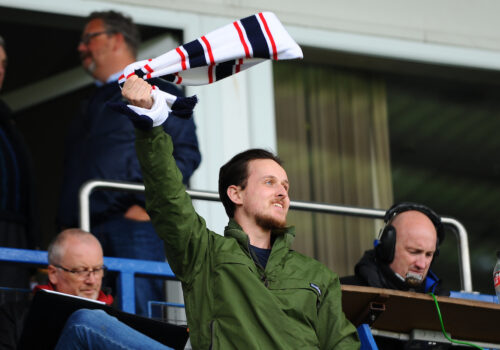 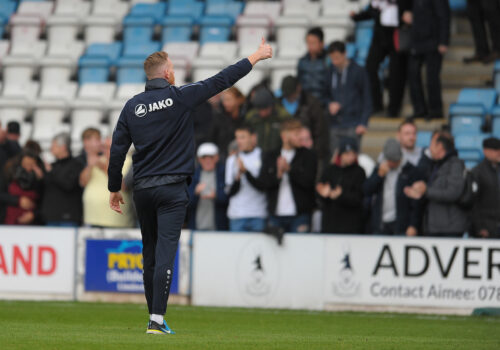 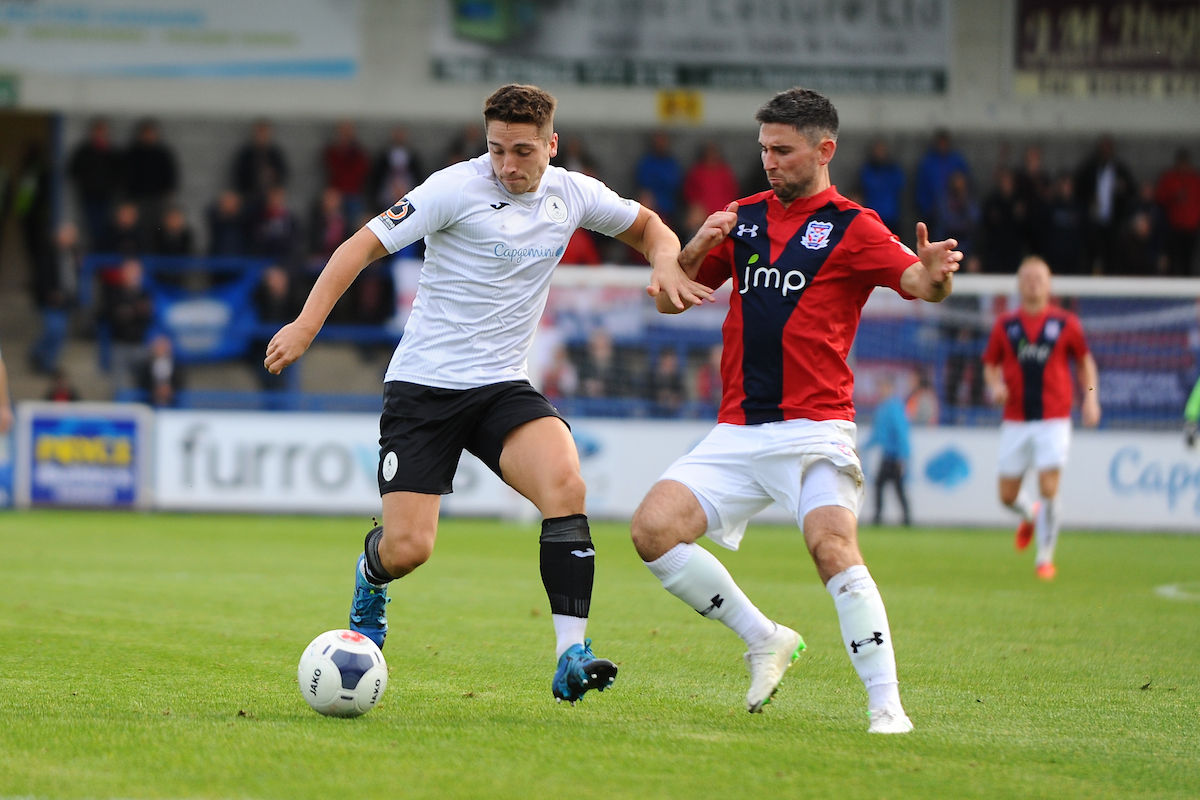