Telford boss Gavin Cowan described it as “a point gained” after watching his side come from behind to earn a 1-1 draw with Southport at the New Bucks Head.

The Bucks found themselves a goal down and down to ten men after midfielder Jack Byrne was dismissed for a second bookable offence, but rallied to a earn a deserved point after a sensational Brendon Daniels free kick levelled the scores.

“Considering where it was at at the time [of the sending off] it was great to come out of it with a point,” said Cowan.

“Obviously being a goal down and a man down is quite distressing, but to come out of it with a point is something we didn’t want to take before the game but in the circumstances it was welcome.

“They were on the front foot and they pushed us back, they had a lot of crosses and long throw ins but we dealt with it admirably.

“We had a few chances, we were certainly pegged back somewhat but the lads have defended resolutely and I’ve been very positive about the performances and not so much the finishing of chances but ultimately it’s flipped on it’s head – I don’t think we were at our best today but ultimately it’s great to come out with a point where the lads have shown character and done the dirty work.”

With the scores level at the interval, the Bucks found themselves down to ten men shortly after the breakwhen Jack Byrne was shown a second yellow card for a trip on Connor Woods, having been booked in the first half for a similarly innocuous looking foul on Jack Doyle.

The decision seemed harsh, and it got worse for Telford just before the hour mark as the visitors broke the deadlock. ‘Port striker Marcus Carver rose highest in the penalty area to head home into the bottom right hand corner of Russ Griffiths’ goal to give the visitors a seemingly commanding lead.

But it was not to last long. After Adam Walker was fouled by Southport’s Mo Ali on the edge of the penalty area, Brendon Daniels, back in the side after a two week injury layoff, curled a beautiful free kick into the bottom corner of the net to make it 1-1.

And just moments later ten-man Telford almost took the lead when Daniels again appeared to have done everything right after breaking through one on one and chipping the onrushing Dan Hanford, only to see his strike crash off the upright. 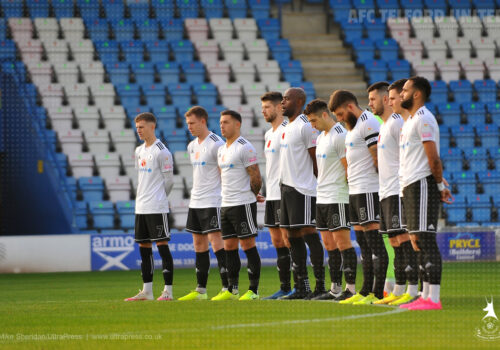 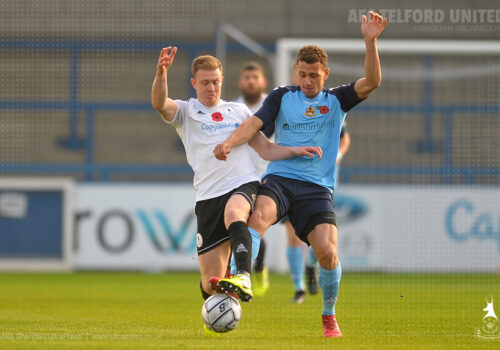 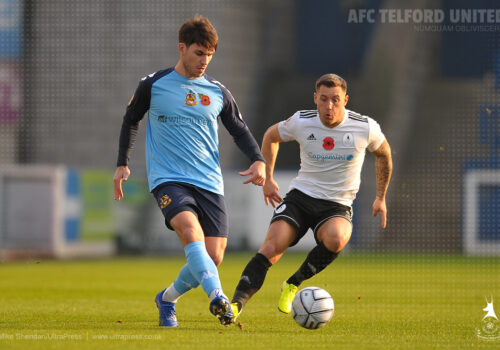 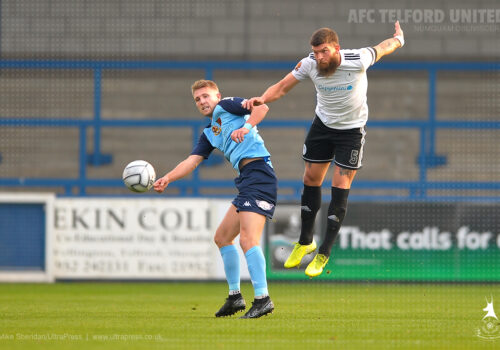 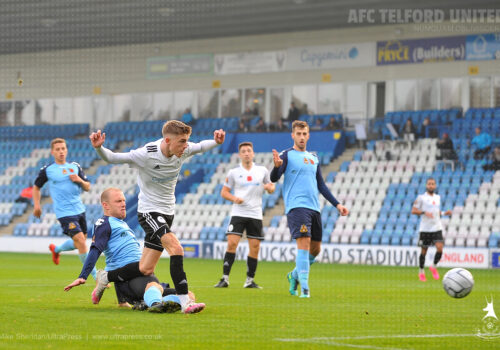 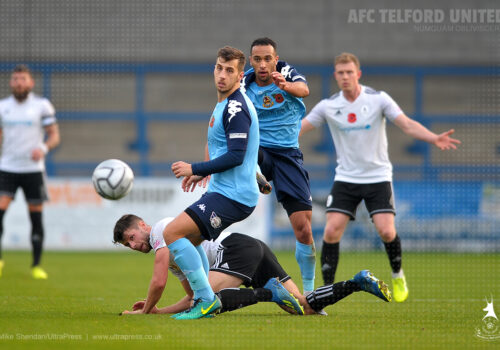 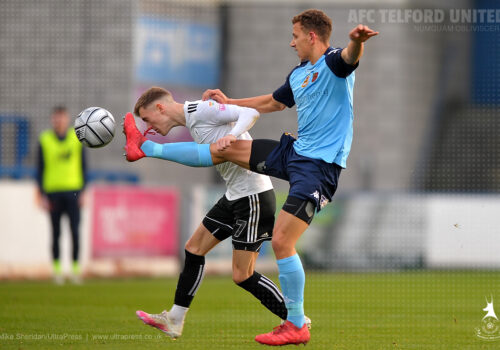 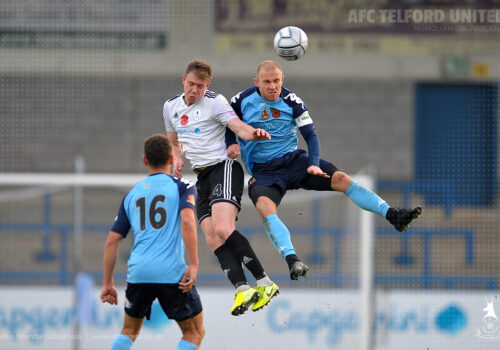 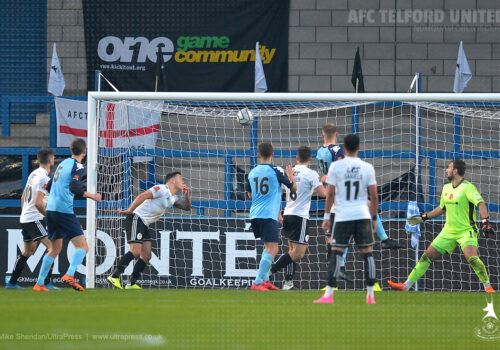 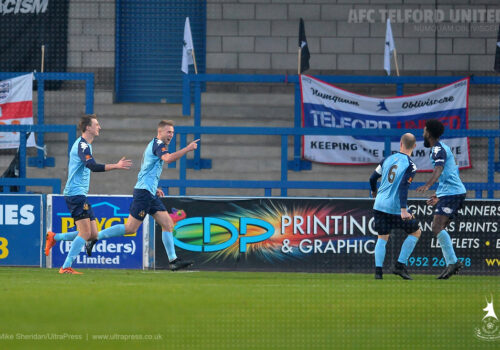 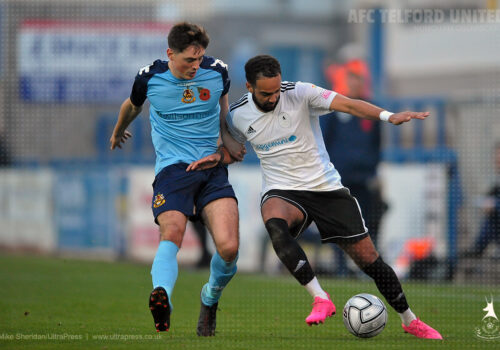 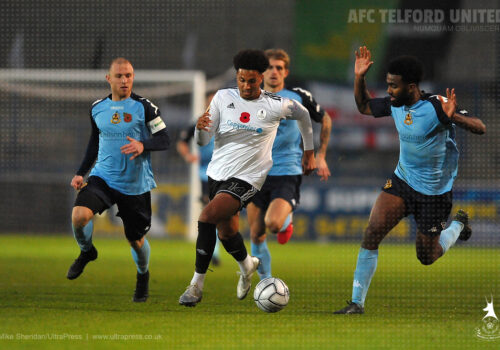 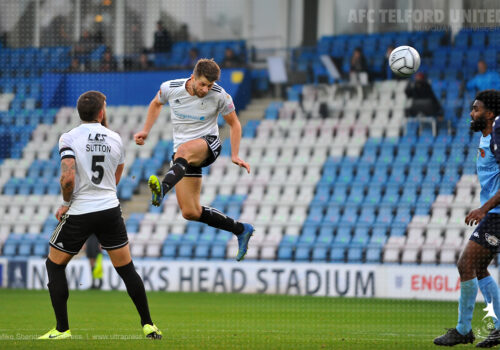 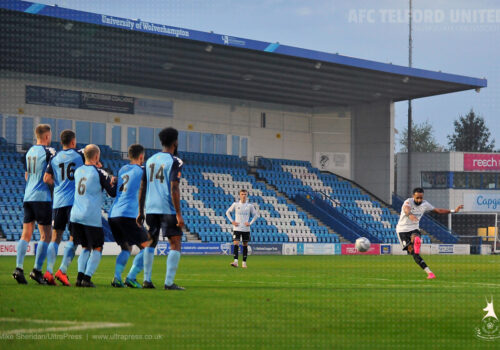 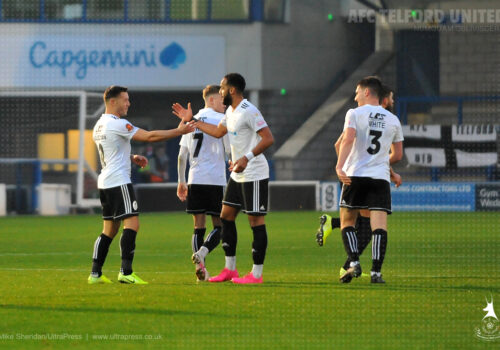 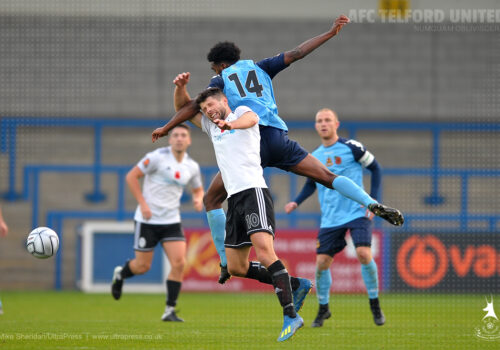 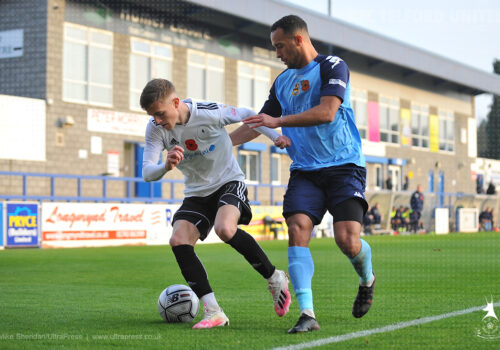 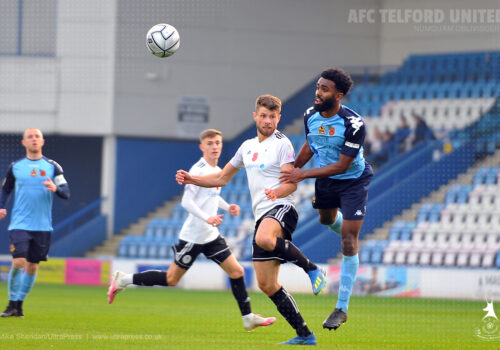 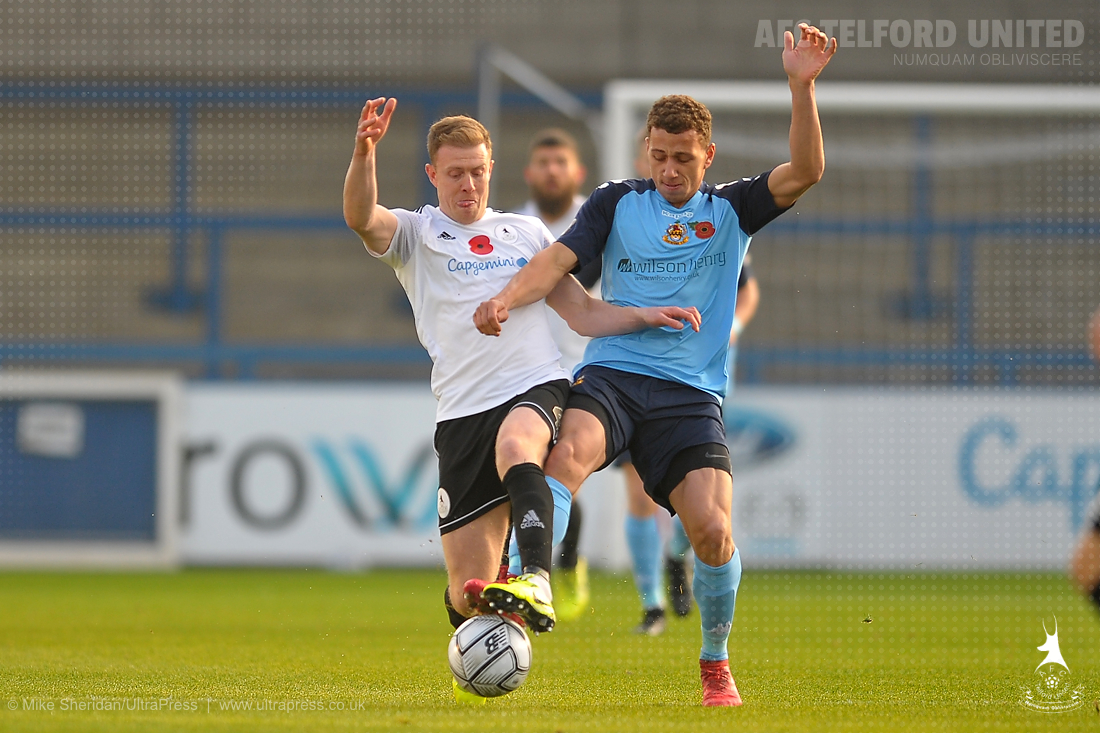