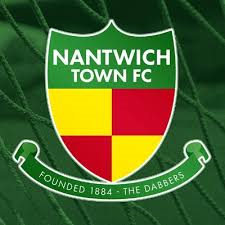 The Bucks were dumped out of the FA Cup by Nantwich Town on an all around disappointing afternoon as two early deflected goals ultimately proved costly in a 3-0 defeat.

Joseph Malkin got the first after he unleashed a shot from outside the box which ended up taking a nick of a Telford defender as it looped over Wycherley in the home goal.

The Bucks defence once again stood still, when the second came the way of Joesph Davis as his effort from close range took a nick once more, before going in off the post as Telford were unable to clear their lines.

The third was then scored by Casper Hughes who was clinical in sealing the game after the visitors caught the Bucks on the break before he fired goalwards from outside the box.

Brendan Daniels seemed to captivate the mood well for the Bucks, with his effort slamming the crossbar from a free kick from 30 yards before it bounced over as it was never truly the home sides day.

Lewis Reilly had one of their best chances as the only time the away keeper had to make a save was when Gregory Hall quite tamely just had to parry away Reilly’s shot.

Manager Gavin Cowan verdict:“Really disappointed, we were the second best team and that shouldn’t be happening against lower league opposition”

He adds he will go away and review the performance while ensuring that they will dissect the reasons out to why it went wrong on Saturday.

“It’s hard to divulge I will go away and look at it and come back with the reasons why.

“(On conceding early goals once again) Really difficult to take and to understand why and it’s something we have to got to be better at.”

He then looks ahead to the game next week by saying it will indeed be an opportunity to put the errors from the Nantwich game right, while also he touched on been gutted about not been able to progress further in the cup.

“Their a team that haven’t won and I am sure that will be hanging over them, this league offers challenges everywhere, so we have to go there to right today’s wrong.

12- Long ball from the home defence launched towards the opposite goal as Williams can’t quite get on the end of it with Hall claiming the ball.

18-Goal!-Nantwich take the lead as Joseph Malkin sees a strike from distance deflected as it loops over Wycherley and into the goal.

20- Goal!- Nantwich gets the second as Davis fires what is another deflected shot into the net from inside the box as the Bucks collapse at the back once again.

28-Morley with an inch perfect delivery as Reilly can’t put the ball in from close range with the Bucks having a golden opportunity as his header flashes wide.

35-Daniels hits the crossbar from a free kick before rattling the top of the bar from 30 yards.

69 Deeney flashes an effort from the edge of the area and despite having more than enough power to it, he watches his effort go narrowly wide.

75- Goal!-Nantwich grab a third as Hughes gets a strike away after picking up the ball from a long way out and his shot goes to the right of Wycherley.

90- Wycherley makes a fine save late on as he keeps the ball from going in from Hughes after saving a one on one with his body. 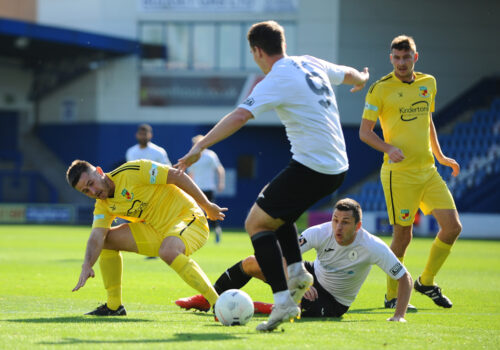 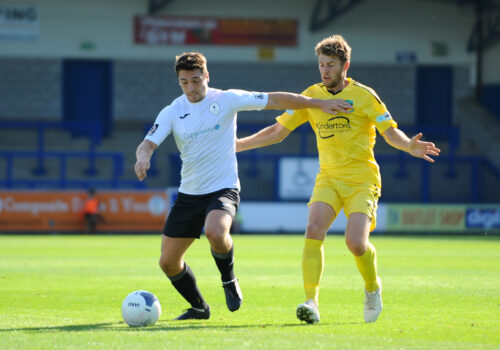 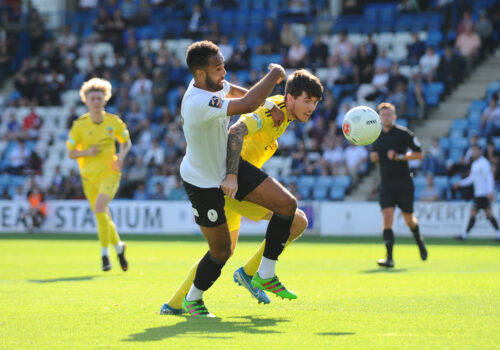 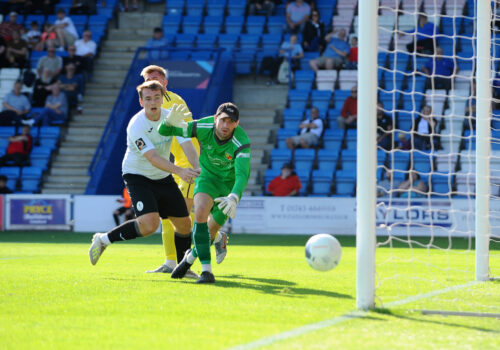 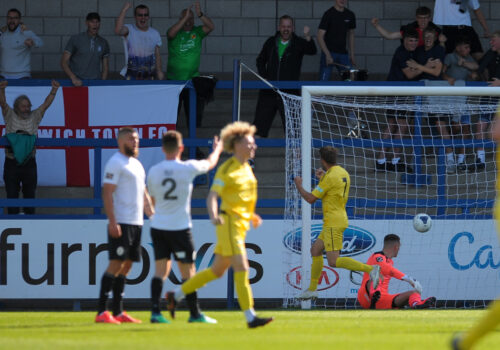 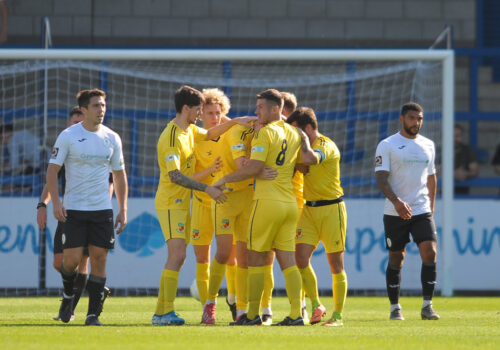 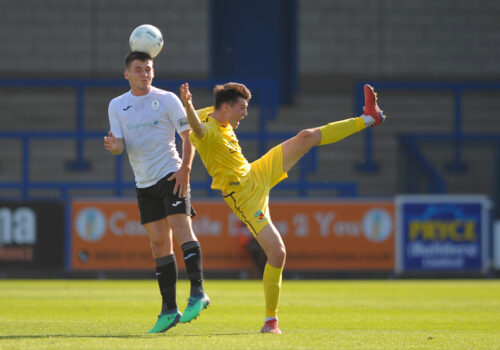 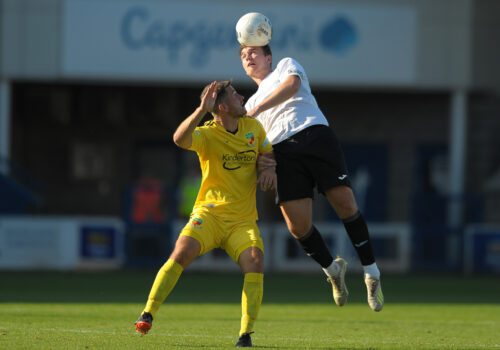 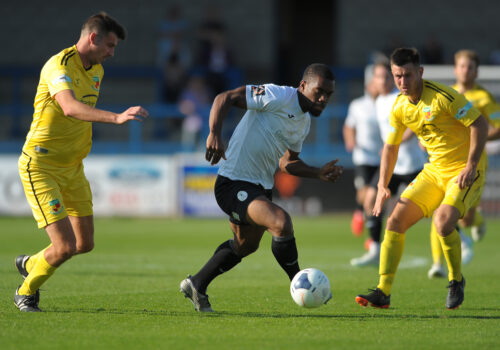 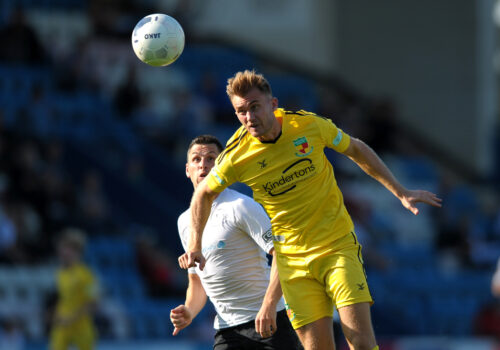 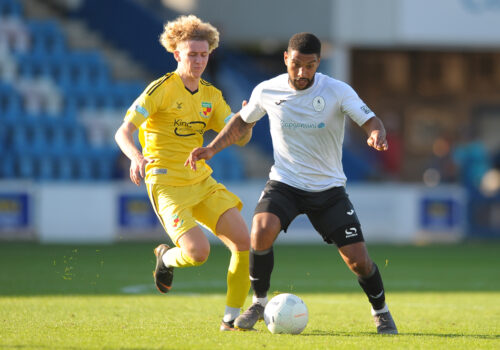 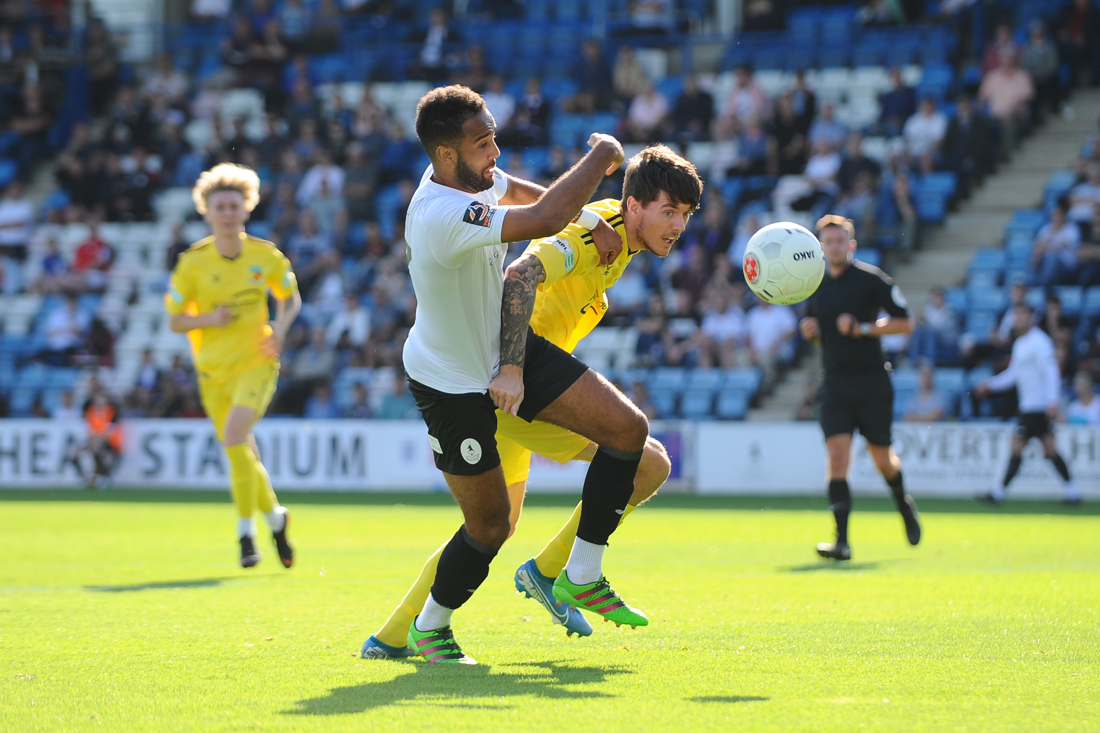