AFC Telford endured their first defeat at home this season following a disappointing afternoon after been overturned 3-1 by Kings Lynn Town as James McQuilkin managed to at least score a consolation for the Bucks.

The Telford goal came in the 62nd minute to where the Bucks managed to pull the score back to 3-1. McQuilkin found himself in space inside the box as he fired a low strike into the back of the net following a well worked short corner routine, with the shot at goal evading bodies who weren`t able to connect to the ball.
Michael Gash grabbed the first for away side when he found himself free after been picked out inside the box as he moved towards goal before calmly slotting the ball away from Corey Addai inside the six yard area.
Adam Marriot then doubled the lead for the visitors shortly before the interval, with Addai again been called into action after saving the initial effort but Marriot glanced at the opportunity as he put the ball into an empty net from close range.

Aflie Payne then joined in on the action with the midfielder`s run in behind getting picked out, before he fired the ball towards the goal as his effort had too much power before the goalkeeper could react as it flew into the back of the net.

Telford did make an effort to pull the score back with skipper Shane Sutton heading home a free kick taken from just inside the Kings Lynn half, however he soon realised that the linesman`s flag was raised as Sutton was adjudged to be in an offside position when the ball came into him.

There was also a bizarre incident towards the end of the game in stoppage time to where the Bucks thought they had been given a penalty after a foul was initially given against Alex Street in the opposition goal, however the decision was later overturned with the ref then letting play resume from the goalkeeper.

Addai also made a fine save at 1-0 after a ball came to the back post from the right as a Kings Lynn player jumped the highest, before seeing his header superbly clawed away from the young shot stopper.

Brendon Daniels was back in the starting line-up after recovering from injury as the manager was pleased that he was able to get some minutes on the pitch and is happy with how Daniels has quickly settled in amongst the squad.

He said: “It’s great that we`ve got Brendon Daniels on the pitch and getting some minutes under his belt so that`s positive and he`s learning all about the players all the time, there’s not too many positives from today but there`s the odd few.”

He also gave an update on Chris Lait who was unable to start due to a back injury, he said: “He had a bit of a back injury and was very tired so he wasn`t an option to pick today.”

When looking ahead to next week`s game against Southport he had to say: “We will have a hard week`s worth of work and I will go away and analyse the game. They will be difficult to beat, they`ve got talented players, are a little back to front and always a very difficult team to play against.”

The Bucks travel to Southport next Saturday where they will look to respond after back to back defeats, before then being back at New Bucks Head on the Monday for the bank holiday clash with Leamington. 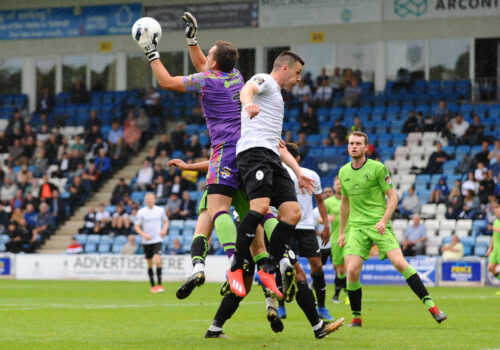 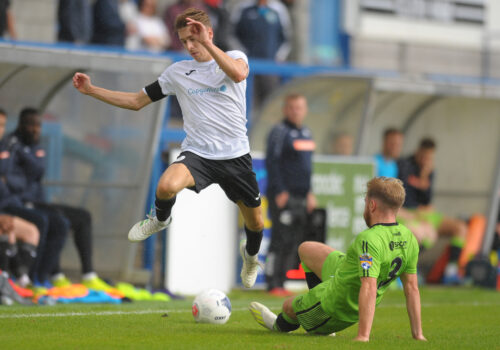 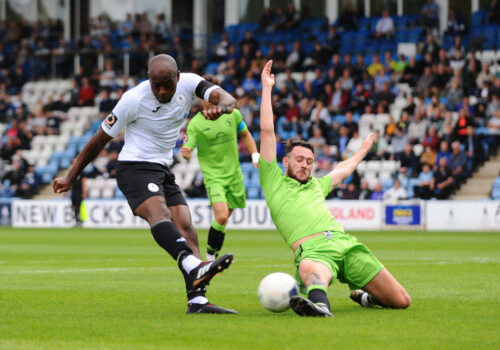 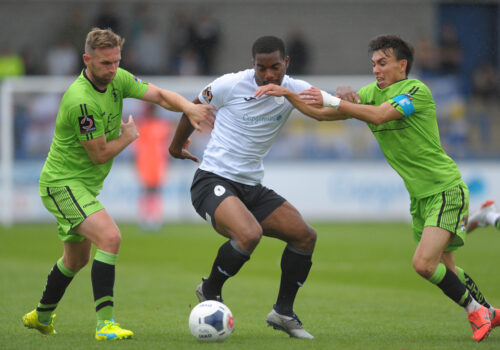 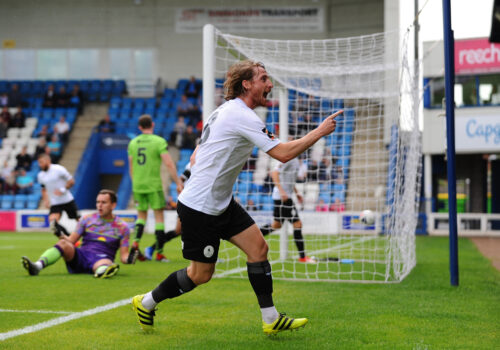 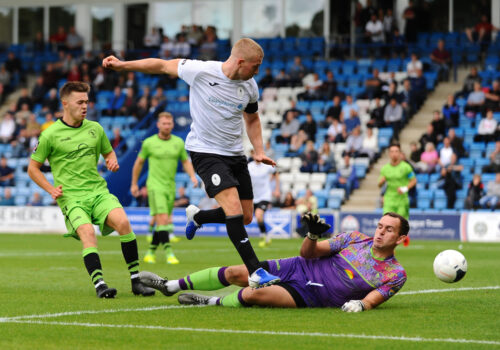 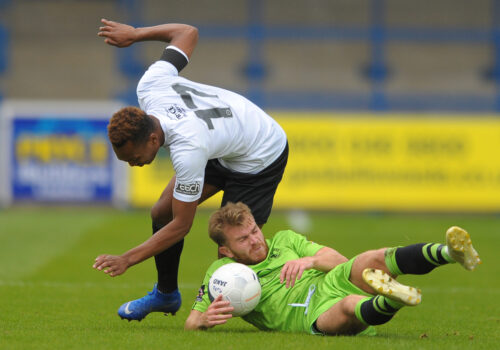 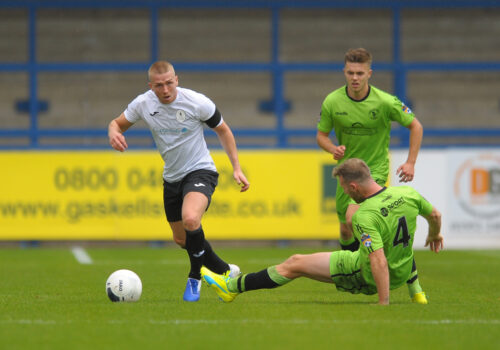 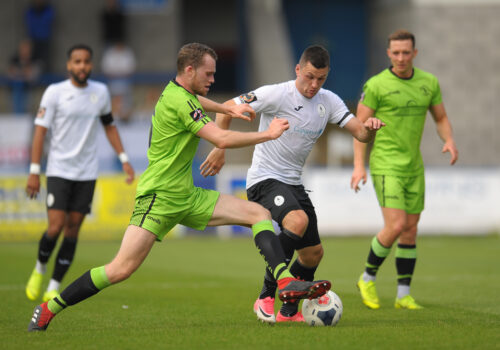 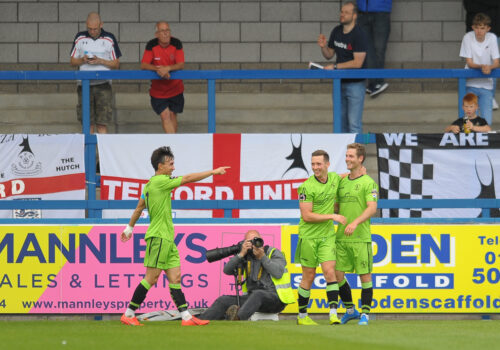 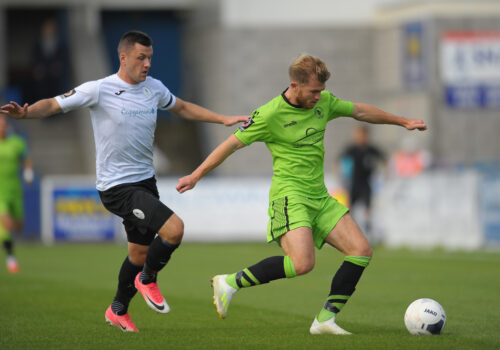 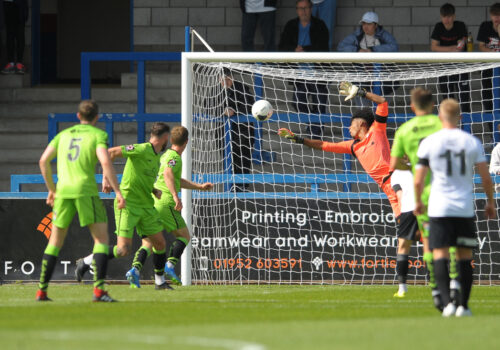 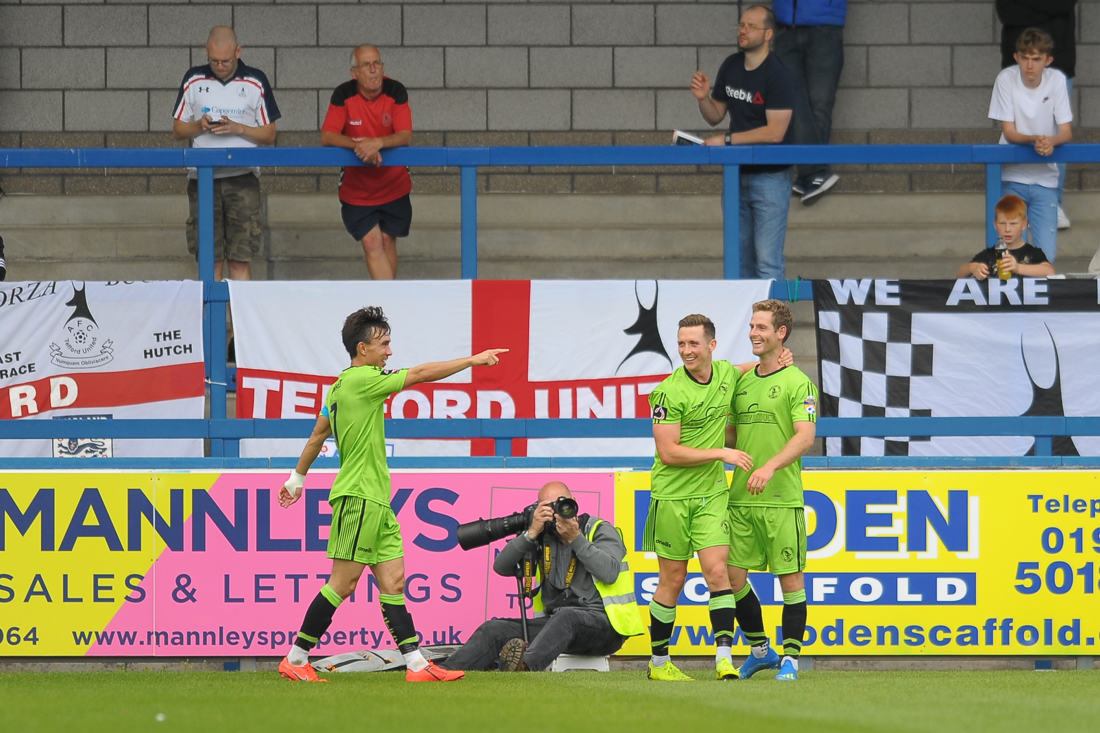 AFC Telford United slipped to their first defeat of the season against Boston at Northolme this...

AFC Telford picked up a 1-0 victory down south with a hard fought victory against Gloucester City...