Bucks boss Gavin Cowan paid tribute to his patched up AFC Telford United side, as they made it two wins out of two following a routine 2-0 victory over struggling Guiseley at the New Bucks Head.

A second half header from Zak Lilly got the Bucks on their way before Jordan Davies grabbed his first goal for the Bucks from the penalty spot after Lee Vaughan had been brought down by George Cantrill.

“I was very happy with the players, the game plan we’ve been working on in the week came to fruition and the players deserve all the credit for going across the white line and putting in a performance that was well deserving of a victory,” said Cowan.

“We’ve got injuries and suspensions and it doesn’t look great from that standpoint but it’s credit to the players that were available today and came on and did what they did, and it’s their shirt now.

“Tactically it was a real pleasure to go up against Marcus [Bignot],

“I thought Guiseley were excellent, they were brave and they tried to play and we had to really be on our steel and we were fortunate a couple of times that our players at the back got us out of any apparent trouble, I thought we managed it really well and we knew going into the second half [we needed to be] just a bit braver on the ball, if we could play forward a bit more and play the patterns that we worked on.”

Cowan’s selection problems were made worse with a one game suspension for midfielder Andy Bond who collected a red card at Bradford Park Avenue last Saturday, Jordan Davies coming in on the right flank of a reshuffled Telford deck.

The Bucks started brightly against a Guiseley side seeking only their second victory of the season, and the home side should have been in front mid-way through the first half when a cleverly worked corner routine left leading-scorer Jason Oswell in acres of space in the penalty area, only for his header to loop wide at the far post.

In-form midfielder Dom McHale then came close, bursting past a back-tracking Gabrial Johnson before squeezing an effort just wide of the post from the edge of the penalty area.

Just after half-time the Bucks breathed a sigh of relief when Nathan Newall blazed over from close range, and the visitors paid dearly for their profligacy shortly afterwards when right wing-back Lee Vaughan rolled back the years with a marauding burst forward before fizzing in a cross for Lilly who gave Guiseley keeper Brad Wade no chance with his bullet header.

The game swung decisively in Telford’s favour with a second half red card for Lions midfielder Prince Ekpolo for a high tackle on Jack Byrne, and with the hosts piling on the pressure Vaughan was tripped as he sailed past Cantrill. Jordan Davies grabbed the ball before anyone could argue and made no mistake from the spot, scoring a richly deserved first competitive goal in Telford colours to put the game beyond doubt. 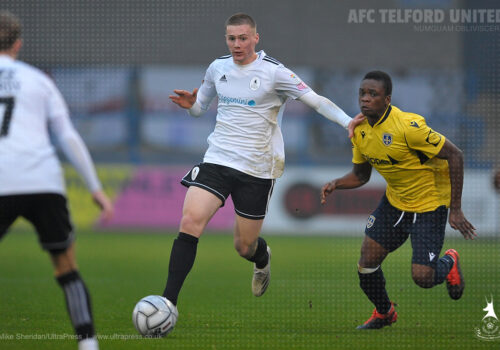 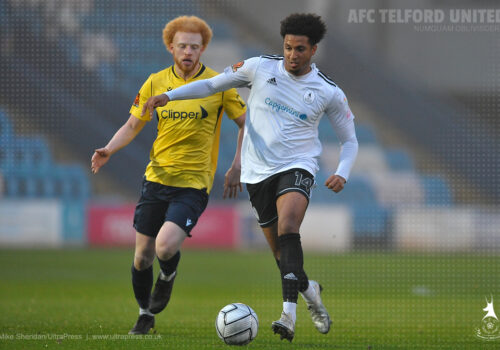 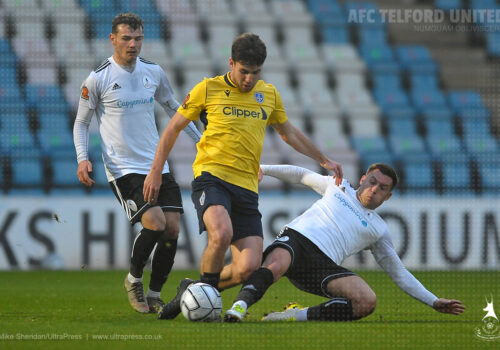 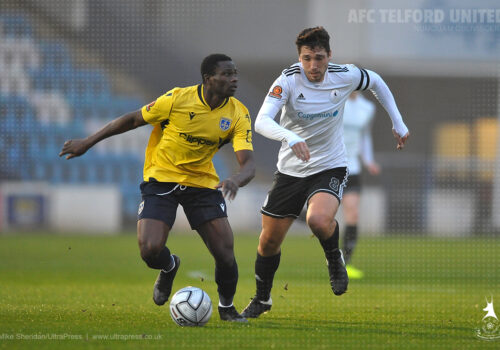 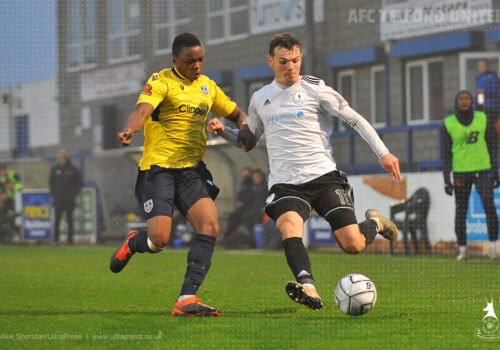 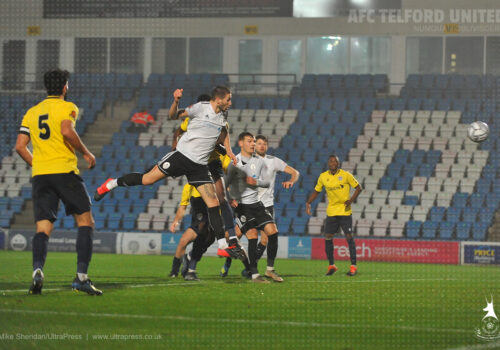 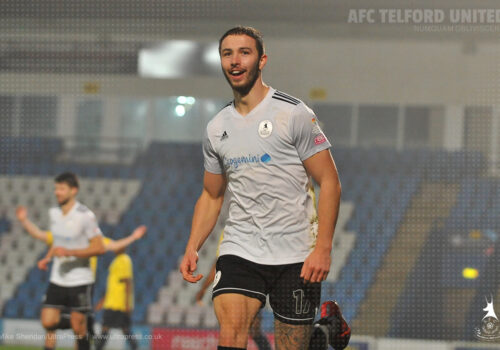 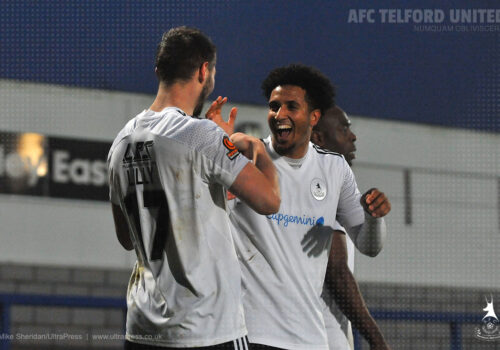 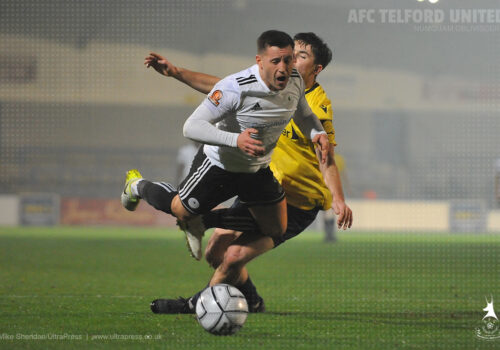 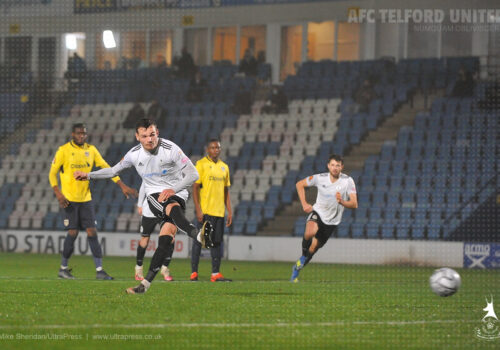 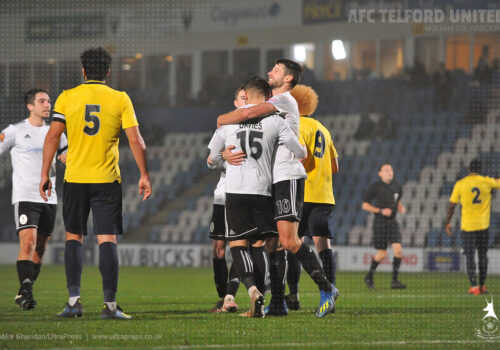 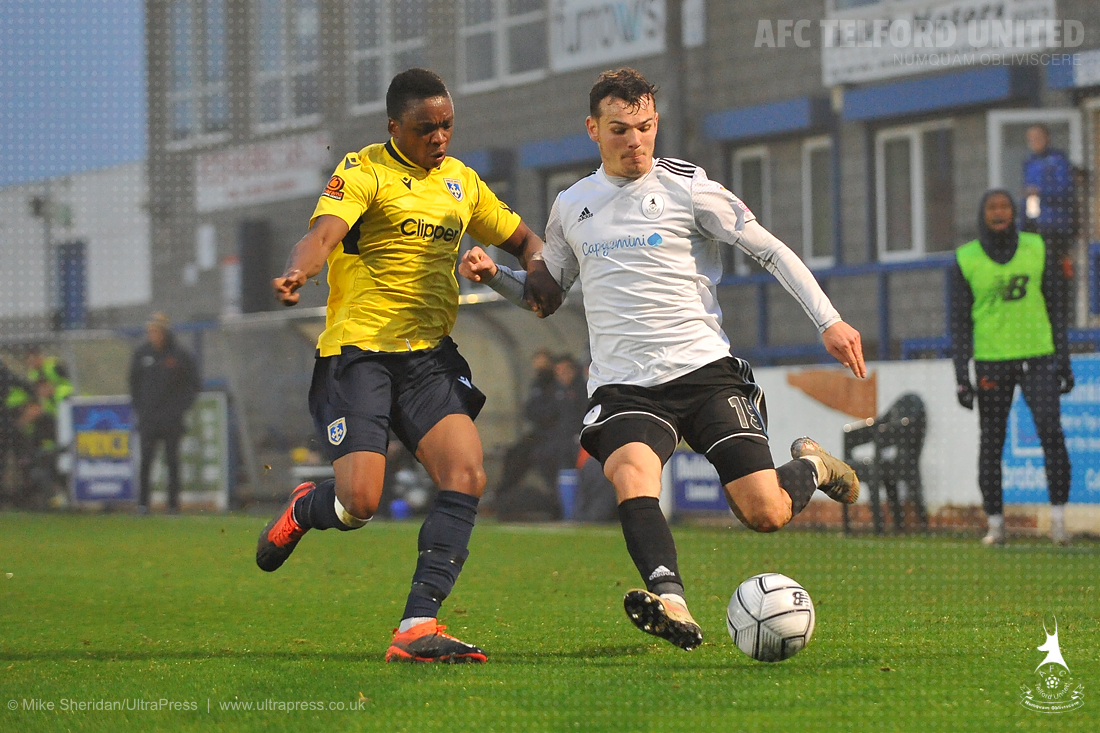 The Bucks were on the wrong end of a 2-1 defeat to Darlington despite Marcus Dinanga scoring his...