The Bucks were on the wrong end of a 2-1 defeat to Darlington despite Marcus Dinanga scoring his sixth goal in six matches. The Bucks were unable to make home advantage count on a day where the better team took the victory.

Dinanga had no none around him inside the box when his goal bound strike comfortably beat the goalkeeper in the 33rdminute. Where a cross from Adam Walker found the intended target with the striker proving to be clinical when finding himself in front of goal.

Will Hatchfield scored the opener after driving an accurate pile driver towards the bottom right corner where Russ Griffiths didn’t stand a chance, the midfielder knew what he wanted to do and was allowed the space to execute a perfect effort.

Adam Campbell produced a flash of brilliance after evading the Bucks defence and was picked out from midfield, he closed in on goal and made the most of the situation by tucking the ball away from Griffiths and the away side were 2-1 up commencing the interval.

The Bucks almost took the lead early on when Dinanga was again involved in where he opened up his feet and forced the keeper into a smart stop after the away defence were caught napping.

Omar Holness then managed to get himself into the game with a swift move which put Griiffiths on alert as the goalkeeper managed to palm the ball away with the chance coming only a few minutes after half time.

The Bucks tried to respond after going behind for the second time yet their search for a leveller came to no avail with Darlington looking for a third, the visitors looked strong and were good value for their win.

3- First real moment of significance as Adam Campbell flies a shot over the bar from close range.

6-Marcus Dinanga forces have the keeper into a stop with the away defence caught sleeping, they do get the ball clear in the end.

13- Goal!-Will Hatfield with the goal after a well measured shot from a short corner which saw the ball swiftly sinking in the net.

19-Omar Holness with the effort that looks like it might be on its way over before the shot from outside the box clips the crossbar and goes over.

22-Campbell again this time with a shot from a good position and as he catches the ball goes away to the left and away from goal.

33-Goal!- Dinanga with it after a well placed cross from the left from Adam Walker and the striker did the business from the penalty spot.

47-Holmes with the strike which goes to the right hand side of the goal after picking the ball up on the right inside the box, Russ Griffiths watches it and covers the shot well.

59- Goal!- A perfectly timed pass to Campbell who this time knows what to do, he gets the better of the goalkeeper before the ball makes its way over the line.

83- The Bucks trying to get in the game but are simply not creating anywhere near enough to pose as a threat, subs have come on and the hosts have reverted to two up top. 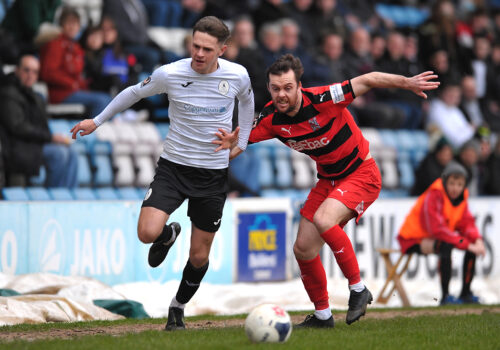 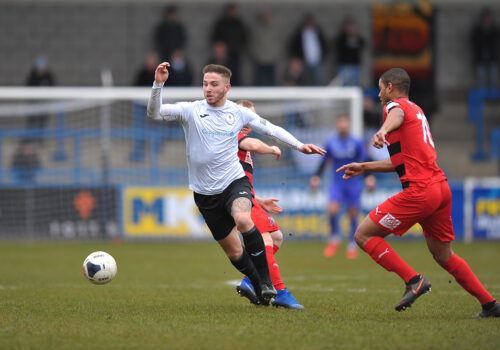 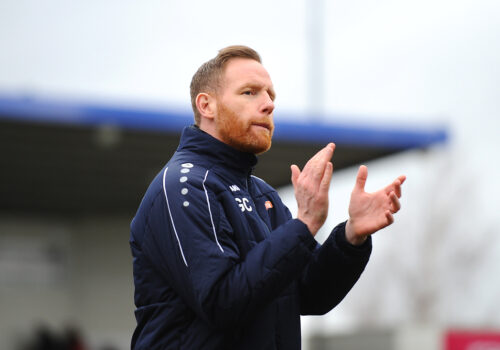 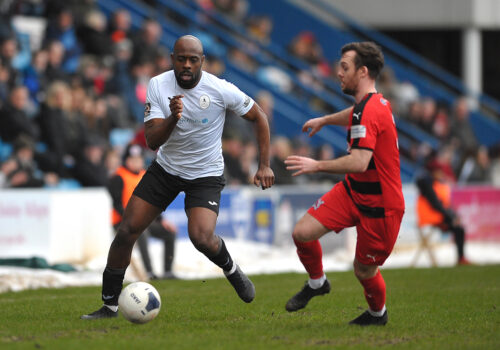 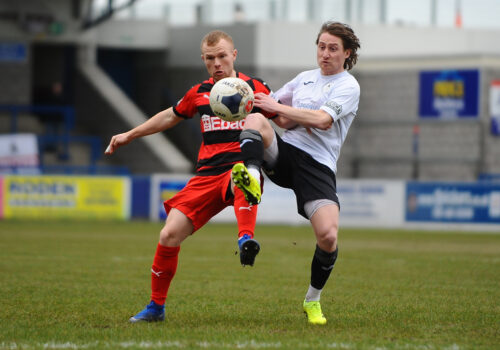 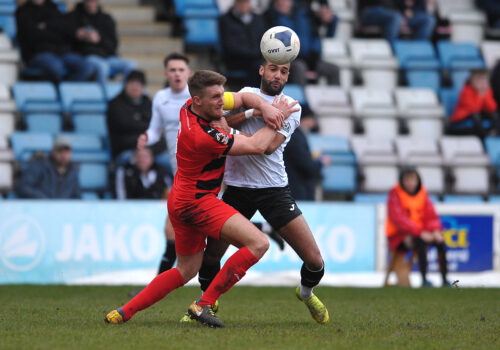 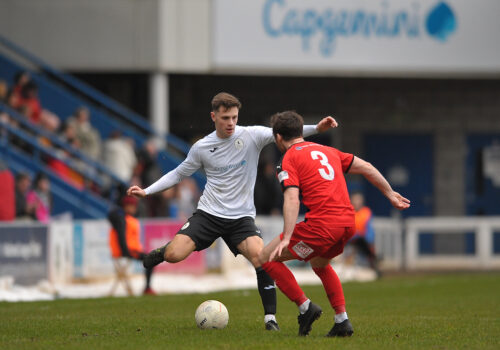 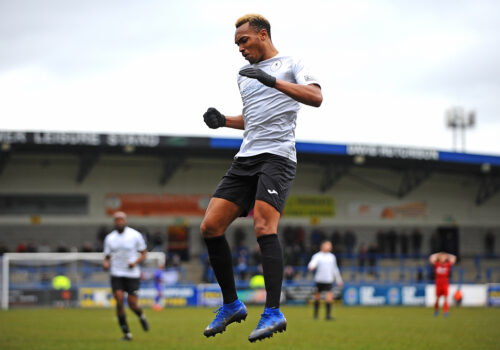 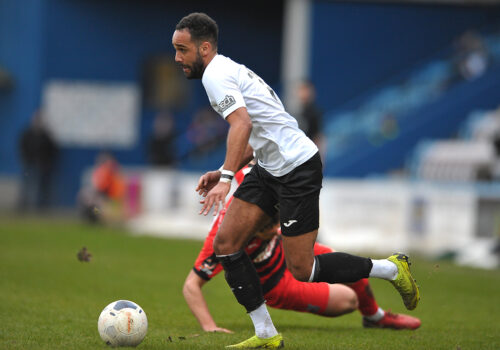 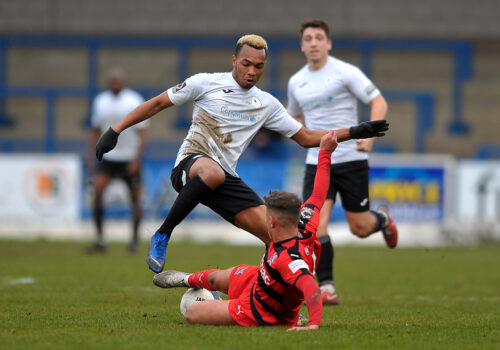 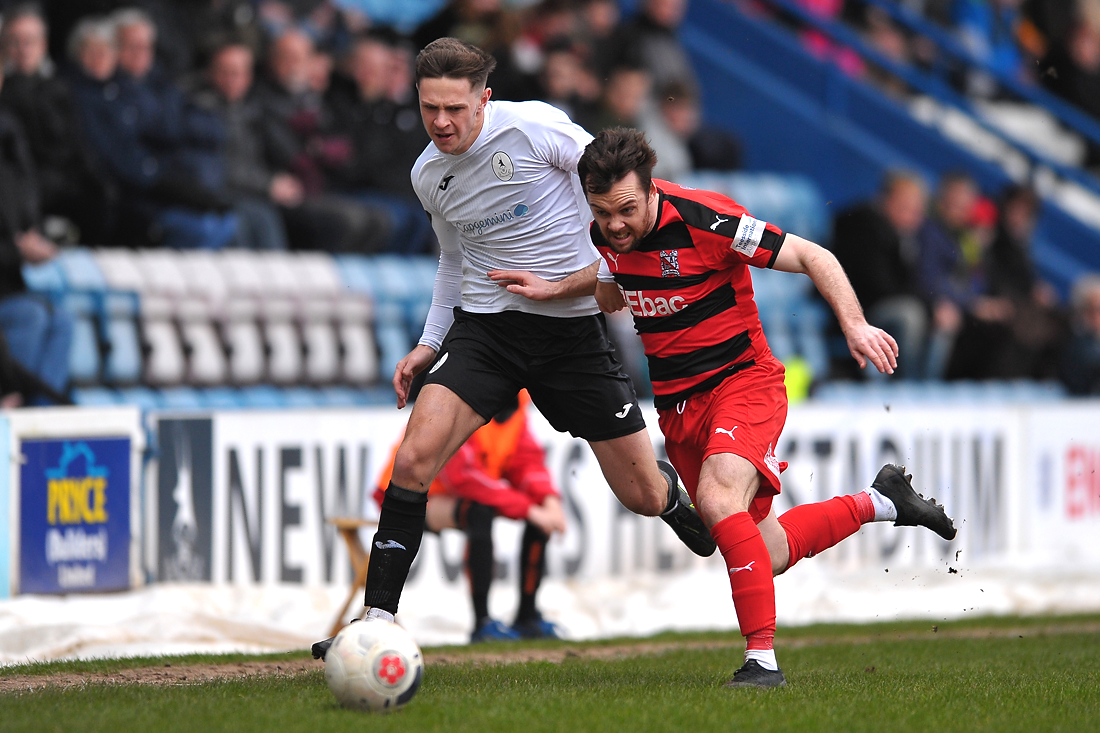