Bucks boss Gavin Cowan admitted things “probably couldn’t have gone any better” for his AFC Telford United side, as the Bucks got their season off to a perfect start with an opening day 3-0 victory over Brackley Town at the New Bucks Head.

A second half penalty from Aaron Williams set them on their way before Jason Oswell headed home a second goal in the 85th minute, while star man James Hardy struck a third in the 88th minute to wrap up all three points.

As curtain raisers to a new season go, it was as strange and eerie as you could imagine with the Bucks kicking off behind closed doors on a Tuesday night due to the ongoing pandemic restrictions.

But Telford shrugged off the “new normal” with an altogether different type of performance to the requisite blood and thunder of the FA Cup win at Chasetown on Saturday.

“It was a very disciplined performance, everything that we’d planned for went to the letter really,” said Cowan.

“Obviously, you’re playing against strong opposition – a team that are up there every year and they will be again this year, so we just tried to be very difficult to break down.

“There’s a lot of detail goes in behind the scenes and we worked very hard in and out of possession.

“When we go 1-0 up Brackley have got to chase the game so the distances become bigger and that plays into our hands so we can play between lines and get on the ball and try and enjoy ourselves.”

A tit-for-tat first half saw chances for both sides at a premium, but the breakthrough for the Bucks came in the 52nd minute when Brackley’s Shepherd Muromedzi handled in the penalty area from Lee Vaughan’s cross and Williams finished confidently to set the Bucks on their way.

United had to survive a penalty appeal of their own when Lee Ndlovu went down under an innocuous looking challenge from Courtney Meppen Walter, but referee Darren Rodgers waved away the Brackley appeals.

And, just as they had done at Chasetown, the Bucks doubled their lead with the clock ticking past the 80 minute mark, as new signing Jason Oswell grabbed his first goal of the season.

Vaughan’s cross from the left flank was met a with a thundering header from Oswell as he out jumped Ethan Colemans to put the Bucks 2-0 ahead.

Moments later it was three as Hardy capped a man-of-the-match display with a goal, firing low into the corner from the edge of the penalty area to seal all three points. 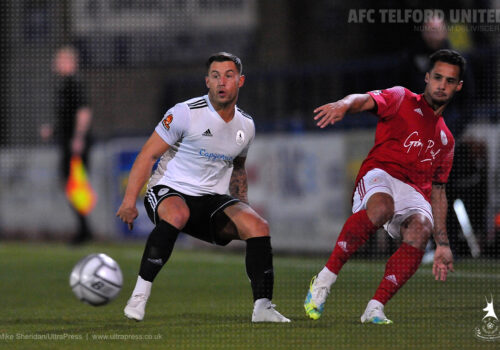 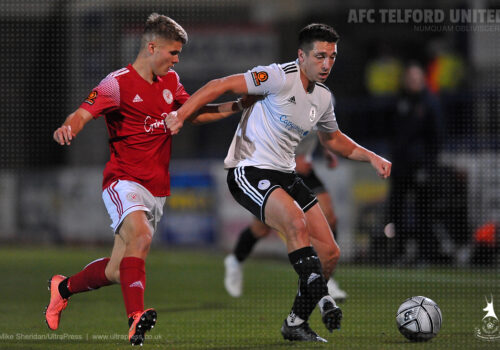 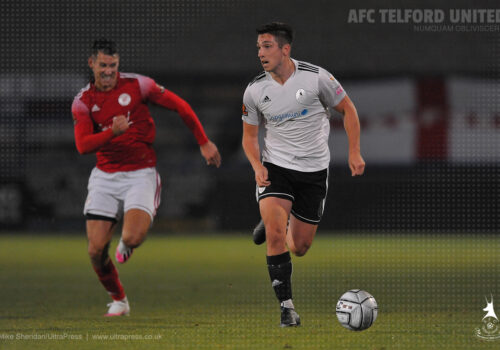 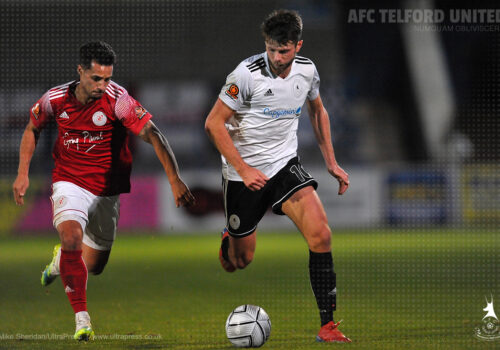 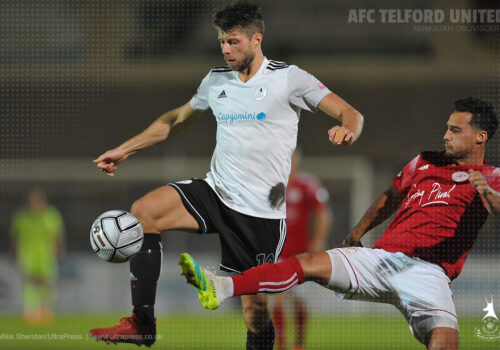 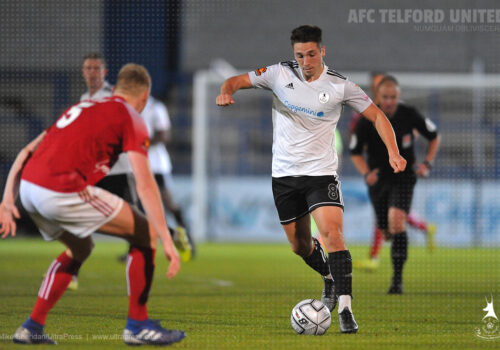 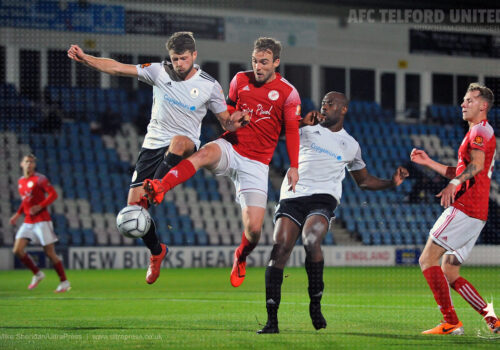 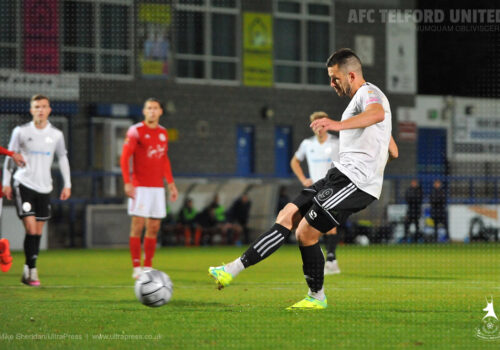 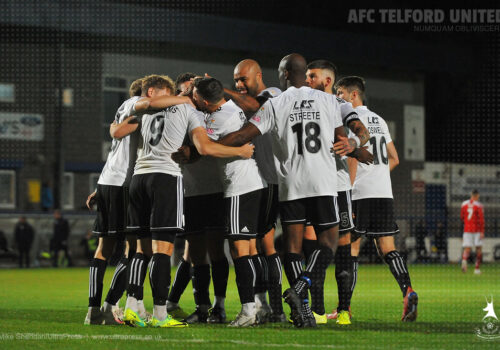 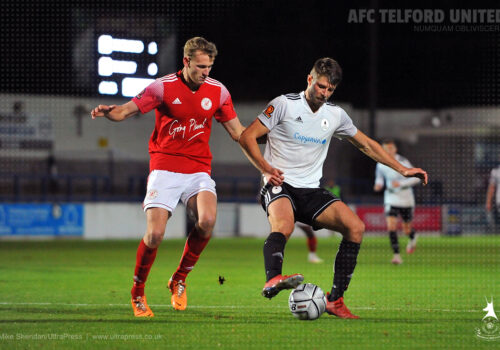 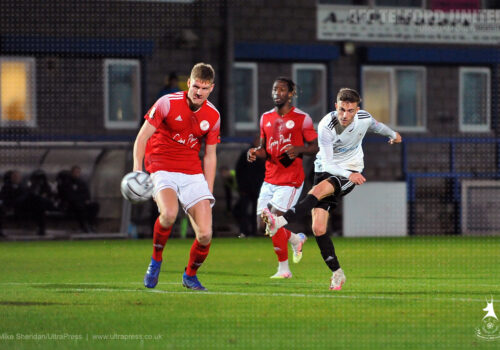 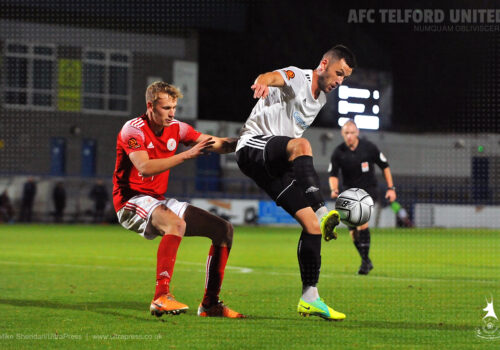 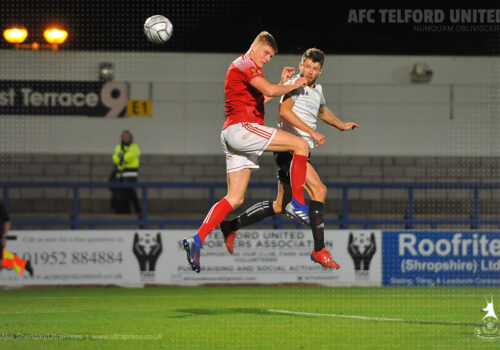 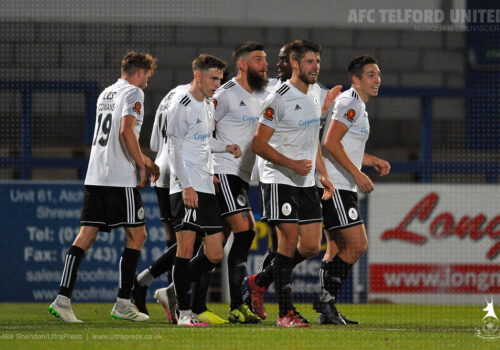 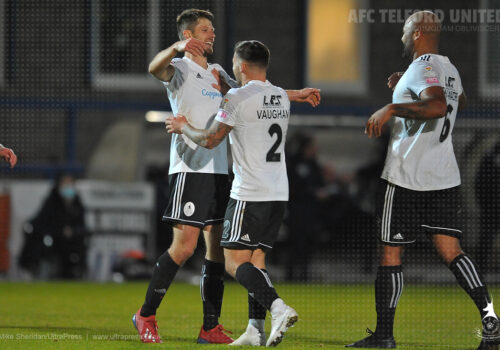 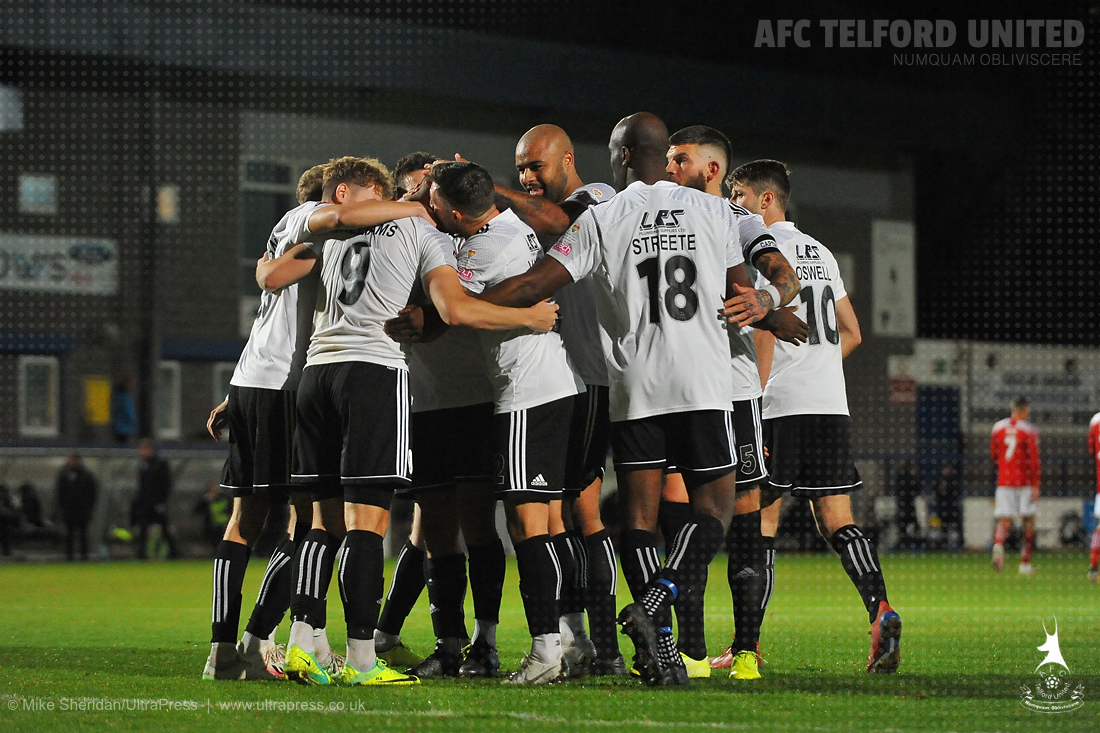 Bucks boss Gavin Cowan was left to rue a string of missed chances as AFC Telford United headed out...