The Bucks were unable to break down an impressive away display from Brackley Town after a one nil loss at New Bucks Head which saw the visitors walk away with all three points.

The only goal of the game game early on when Lee Ndlovu managed to pounce on a inch perfect delivery from the right where he then stood his ground, before planting the header into the far corner and out of the way of the keeper.

Shane Byrne then had the perfect opportunity after half time to put the game to bed, after Theo Streete brought down an opponent in the box with Byrne getting enough height; yet lacked a cutting edge with Yates going the right way and saving the penalty with his legs.

This may have spurred a comeback for the Bucks yet it was a game of very few chances and it was a frustrating day with the Brackley back line standing their ground.

James McQuilkin had the best chance of the game in the first half when he weaved his way into some space from an acute angle and forced Danny Lewis into a save down to his right.

Brendon Daniels tried a bit of magic from a free kick and as it was well within shooting distance he came within a whisker of bringing the hosts level as he got the curl right and beat the wall, however couldn’t direct it between the goalposts.

Matt Stenson had a strike in the first half tipped over by the goalkeeper after he struck a shot down the middle of the goal from just outside the box.

Gavin Cowan’s was pleased with the sides display and thought they did everything but score. However states it is important that they don’t continue to make the same errors by switching off so easy.

Gavin said: “After they scored I think we were putting our game plan into place really well, we showed a lot of discipline, a lot of patience. And then they caught us out on the counter which was a really good goal.

“I think for those fifteen minutes we sulked and we were quite reminiscent of when we were so dominant against Farsley and we took the wind out of ourselves and we sulked somewhat.

“I couldn’t ask anymore of them, they put the ball in the back of the net and it comes down to fine margins.”

9-Brackley on the front foot with them seeing the majority of the ball however are unable to do anything with so far with the Bucks hanging in there tightly.

12-Best chance of the game so far as Stenson has a deflected punch from the keeper hit him before going over with the initial play coming via a free kick.

22- Byrne with the first Brackley effort as he miss-hits a shot from the edge of the area.

24 Mcquilkin now through on goal as he lets go of on a strike which Lewis gets down to to parry to wide.

30- Ndlovu finds himself in the box and is found by a cross from the right, he has a few shots which come to no avail after his efforts were well dealt with the by Telford defence.

33-Goal!-Ndlovu with a perfectly timed header as he flicks the ball into the corner from the delivery with him aiming the ball accurately against the post before it rolled past the line.

43- Audel with the strike inside the box after been picked out on the floor as he turns before Yates is out quickly to deny him.

48- Daniels with a free kick from just outside the box as his effort is just too much to the right hand side.

51-Penalty save- Yates guesses the right way from a penalty kick from Byrne after Streete brought down an opposing player in the box.

80- Stenson has a header easily caught by the goalkeeper after finding himself free for a cross from the left flank. 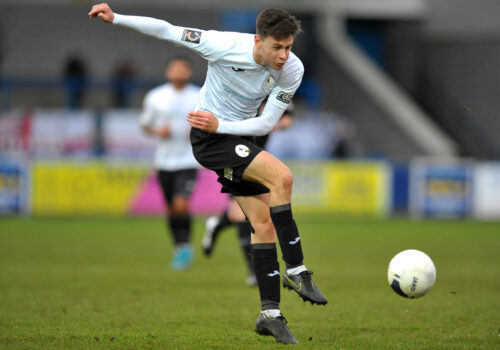 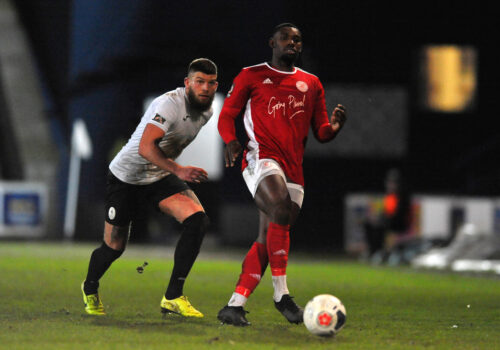 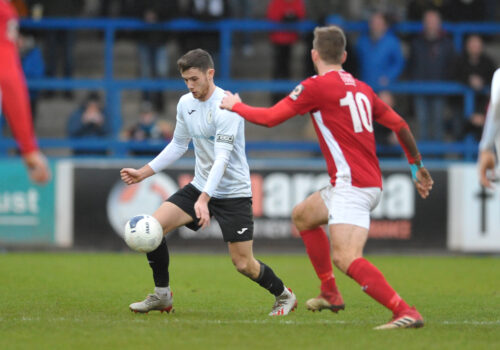 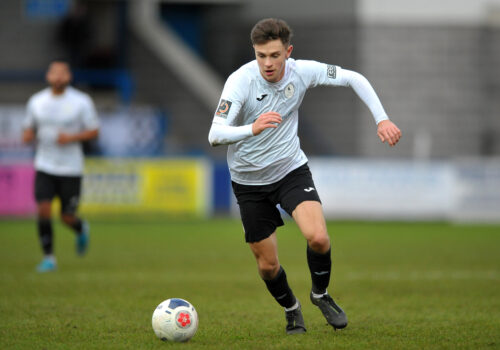 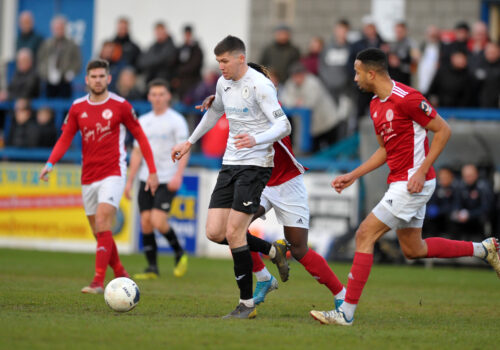 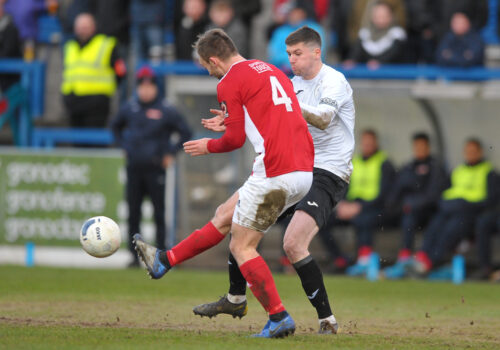 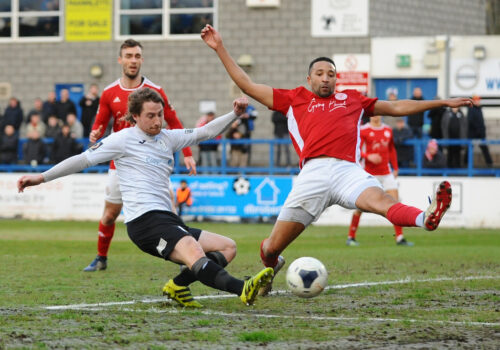 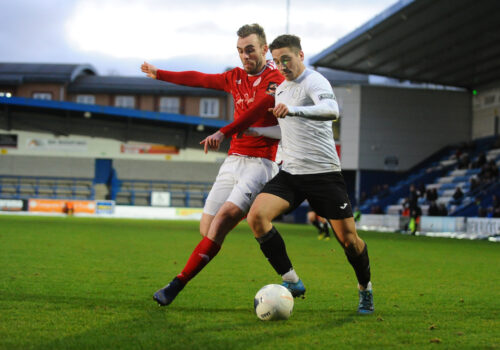 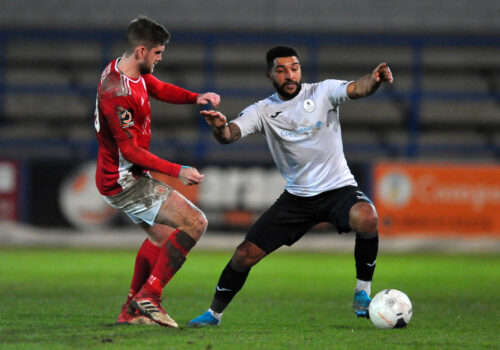 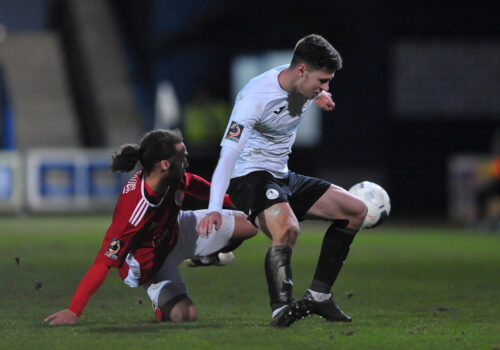 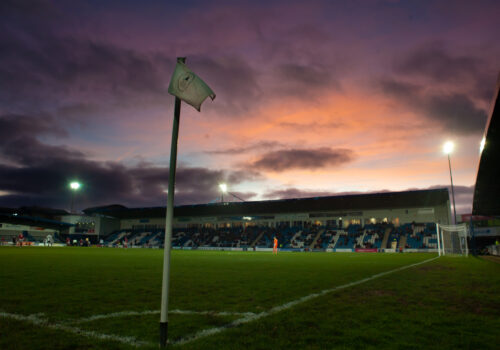 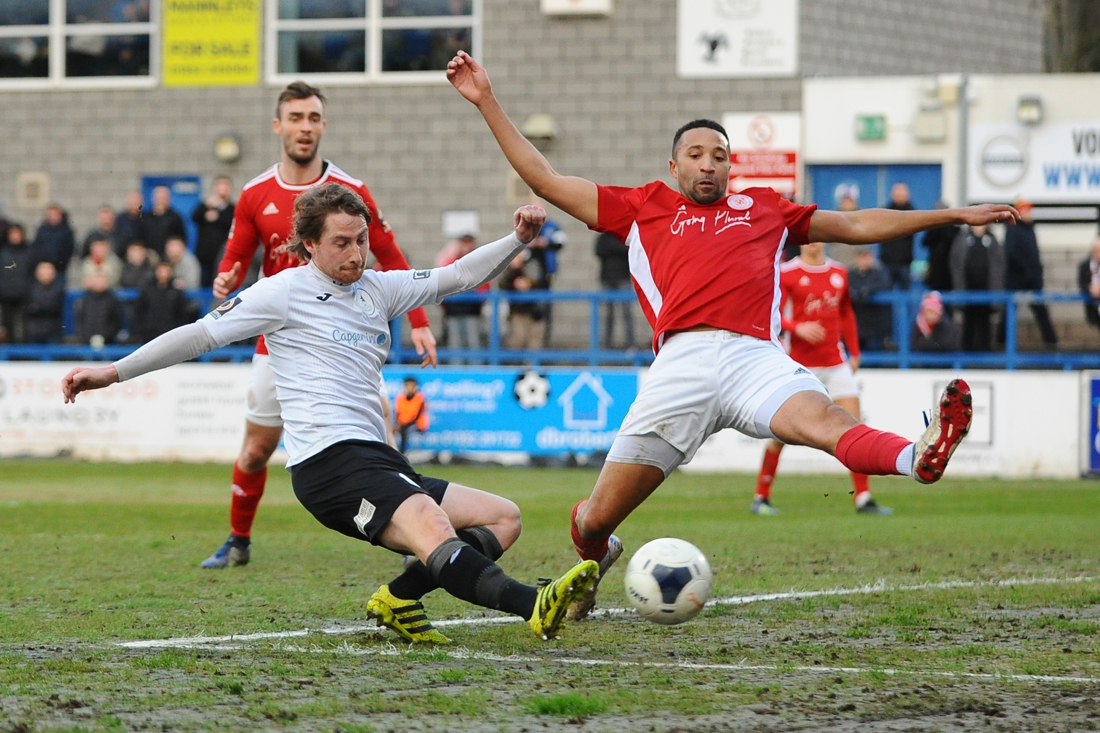