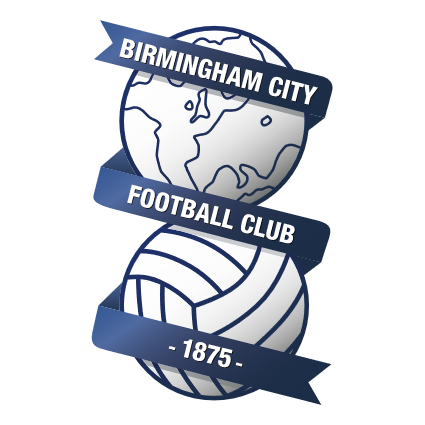 Telford boss Gavin Cowan declared himself pleased with his team’s work ethic after the Bucks ended their pre-season campaign with a narrow 3-2 defeat to Birmingham City U23 at the New Bucks Head.

Adam Walker equalised for the Bucks in the second half after Birmingham had taken the lead just before the break, and livewire Jordan Davies came off the bench to grab his first goal at the New Bucks Head with ten minutes to go, drilling low under Blues keeper Aaron Clayton.

“We’re always disappointed with a result if it doesn’t go our way but in terms of what we wanted out of the game then I was really pleased,” he said

“If we’d have been a bit more ruthless in the first half we’d have been 3-0 up. They had a lot of possession which is what we imagined would happen because that’s what happens when you play against these type of clubs but on the whole I’m really pleased.

Cowan used the second half as an opportunity to give runouts to several players ahead of Saturday’s important FA Cup clash with Chasetown, including youngsters Jack Sweeney and Harry Bower, describing his side as “very much focussed” on Saturday’s return to competitive action at the end of an extended pre-season programme.

“The reason I wanted this game tonight was there were a couple of things I just wanted to finalise and work on in terms of ‘worst case scenarios’ so it was a really good exercise. I was really pleased with the lads’ attitude, application, everything seemed to come together in a lot of ways and the young guys that came on were superb – we brought young Jack Sweeney on and Harry Bower and I thought they did really well,” he added.

“I was so happy with the lads who came on, their attitude, their application, the young lads who came on I thought they were superb so really pleasing all round for me, it’s just the result wasn’t the one we wanted.

“Myself and the players are very much focussed on Saturday now and our first league game on Tuesday so first and foremost we’ve got Saturday’s FA Cup game, which is going to be a difficult game away at Chasetown, so we’ve got to make sure we’re fully prepared for that.” 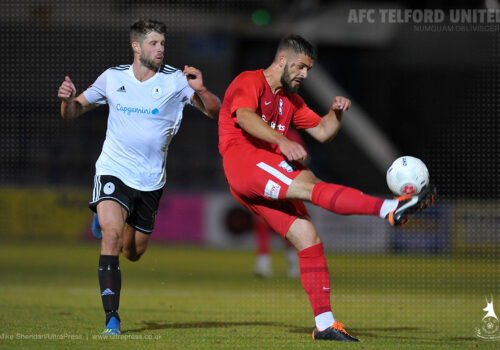 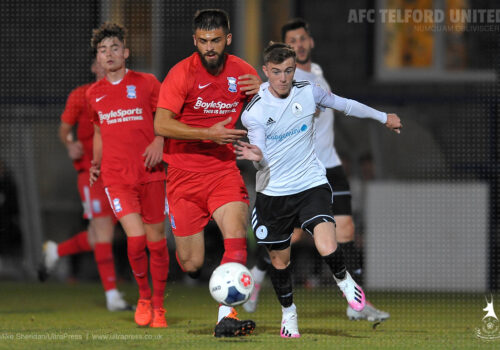 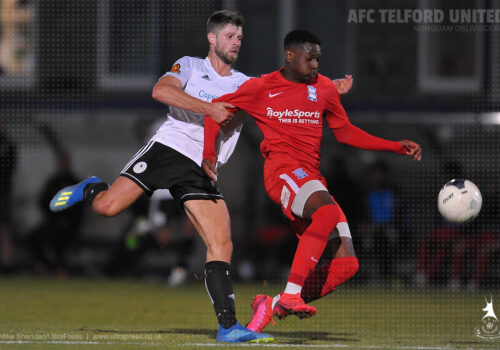 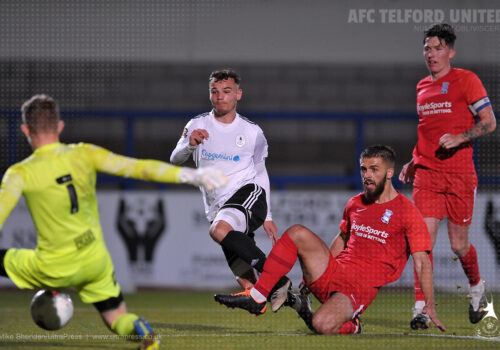 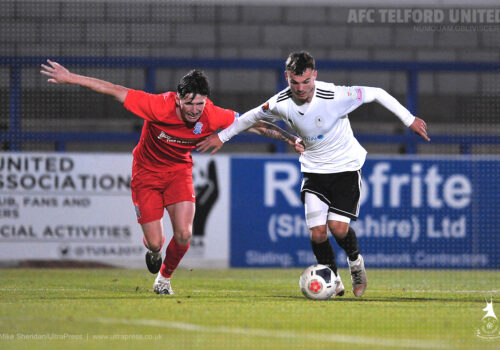 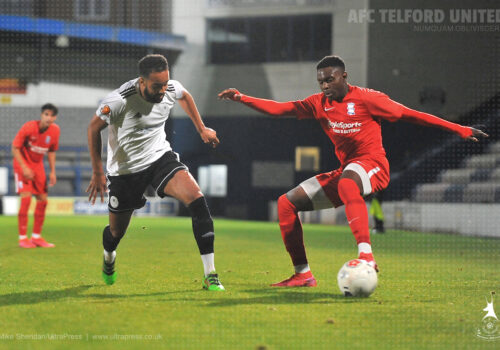 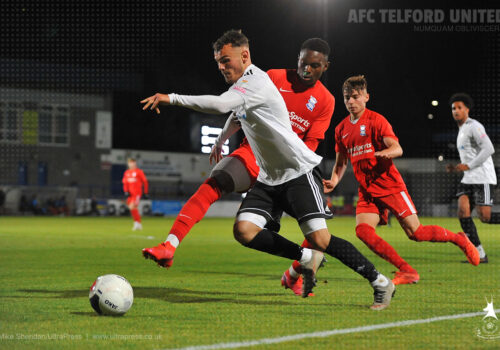 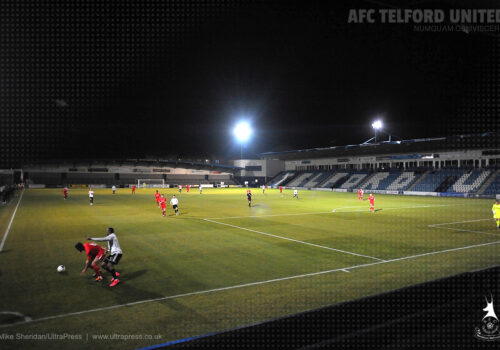 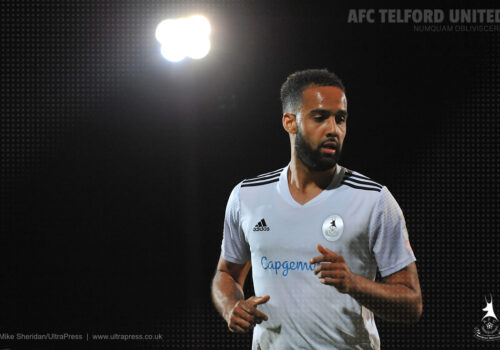 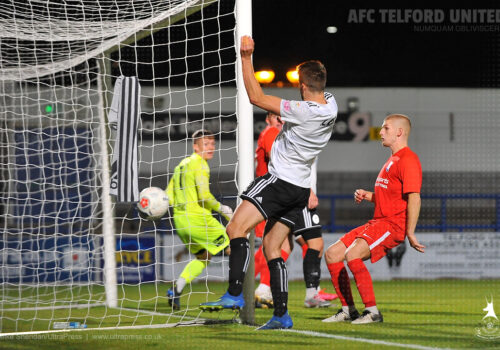 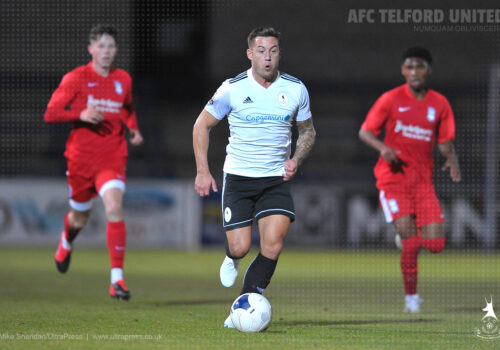 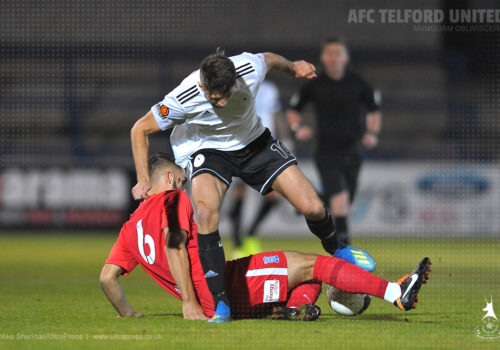 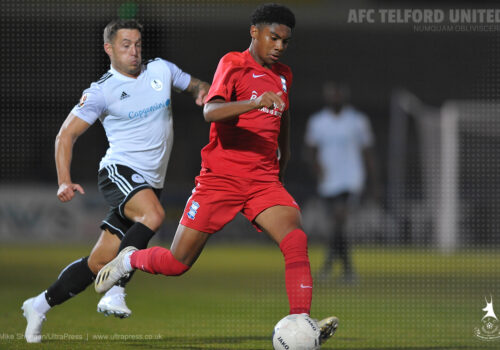 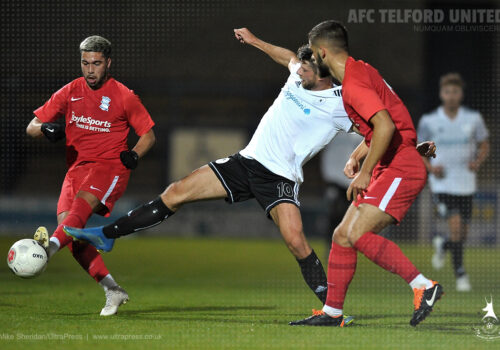 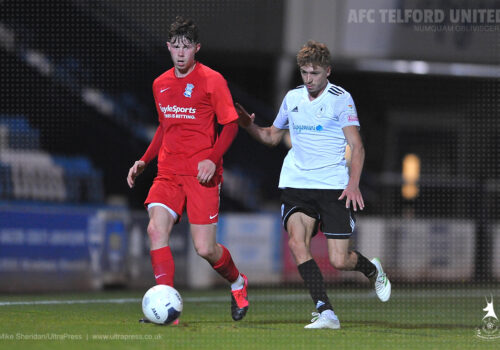 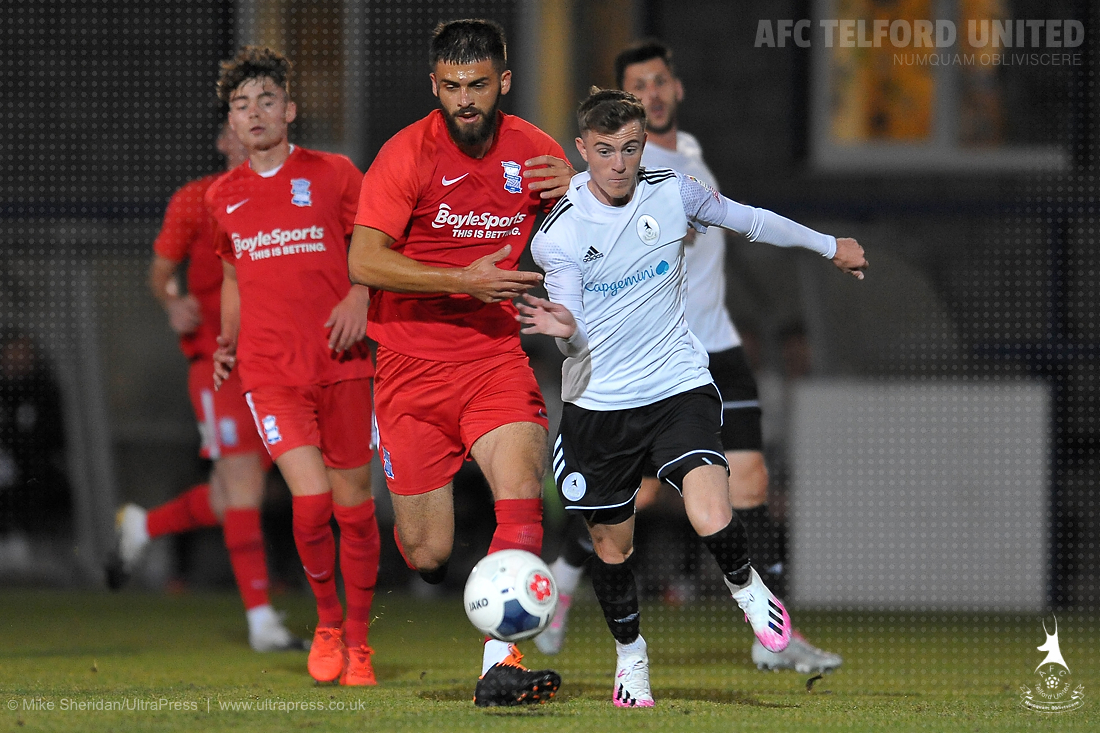 AFC Telford United had to settle for a point after being held to a closely fought 0-0 draw with...

AFC Telford United’s 100% pre-season record came to an end after a 2-2 draw with Northern...