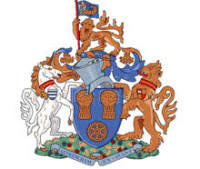 AFC Telford were made to share the spoils in an entertaining two all draw with Altrincham, as Brendon Daniels was at the centre of attention with two goals against his former team.

The first goal came when he shot a free kick right into the wall before firing up a rebound,and then saw a dipping strike catch the goalkeeper off guard where it ran its way into the goal.

Lewis Walters then ran onto a ball from inside the box early in the second half and just had to keep assured to poke the ball in between the sticks. He did just so following a sublime lofted pass from the midfield.

Daniels then put the Bucks ahead once again after another strike from distance had the keeper stranded, this time a cross come shot was whipped in by delivery where it crept into the far right corner.

With time running out the away side then found an equaliser after James Jones lifted the  ball when it came his way and then drove it goalwards. Before leaving the Telford defence stunned at the goal that left Michael Luyambula flat footed as it flew past him.

Ryan Barnett had a opening when he was picked out in the area after he tried to guide the effort into the far corner yet Tony Thompson managed to push it away from danger and read it well.

Ian Hulme then forced the Telford back line into last ditch defending, where he lashed a shot on target and then a rebound came the way of Josh Hancock who then a had go. The Bucks managed to clear to ball of the line before going onto hang on for a draw.

3-Jadon Hulme with an opportunity on the ball and drives the ball upwards and over the bar from 25 yards and spirals out of control away from goal.

5- Brendan Daniels at first blasts a free kick into the wall yet at the second time of asking he dips the a fine strike from the far right hand side, as he lobs Tony Thompson who is caught napping and that is enough to find the breakthrough for the Bucks.

11- Josh Hancock rifles a free kick from outside the box as the Altrincham man gets the whip right however is not accurate enough as it bounces of the post before the Bucks do eventually clear.

24- Stenson brings the ball down and goes on a mazy run where everything looks to be going his way as he lines up a shot yet enough Altrincham bodies are in the way to defend.

28-Josh Hannock with a decent effort as he ran in on goal to only find a deflection taking the shot wide of the post.

33- Ryan Barnett is picked out inside the box with a low curled effort palmed away from Thompson, before the ball goes back out as a defender mops up the danger.

44-James Jones has a golden chance as he fluffs a shot that should have ended with at least been in target, a bounce falling his way from a corner and the shot going above the bar.

58- Altrincham had a header over from close range early on and the Bucks are also pushing for a second as they force the away defence into some tight and uncomfortable defending.

68- Lewis Walters come off the bench to score a leveller following a stupendous ball from a central position where Walters just had to poke the ball home.

71-Daniels crosses for Barnett who shoots low on the volley with an away defender blocking the shot off the line as the keeper was  well beaten.

75-Daniels again with a free kick yet instead of needing a rebound he catches the keeper off guard first time around and gets the whip inch perfect from the left as it finds the back of the net.

83- James Jones comes in on a strike from outside the box and lashes the ball on target and because the of the power debutant Michael Luyambula is left helpless as it finds the net. 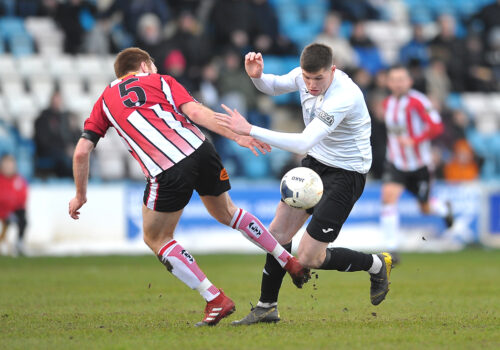 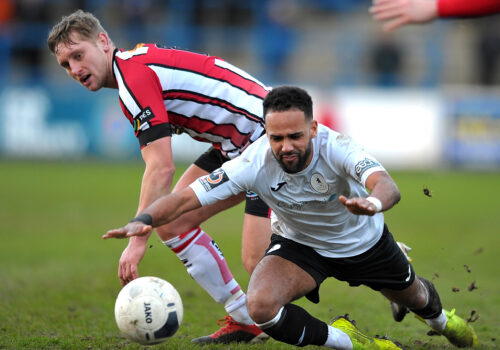 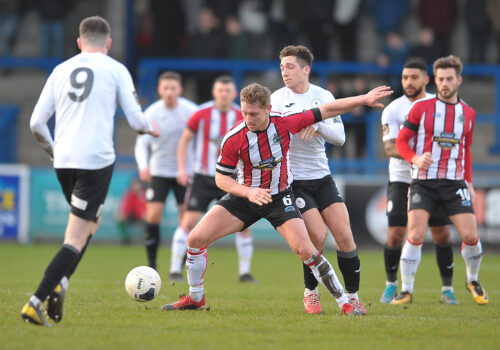 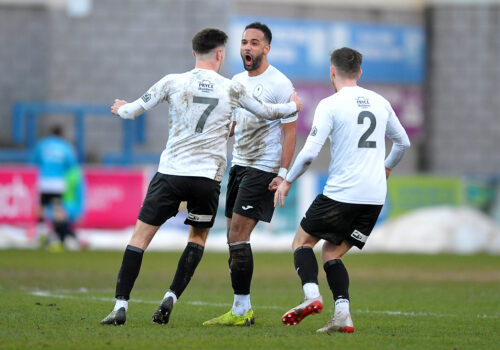 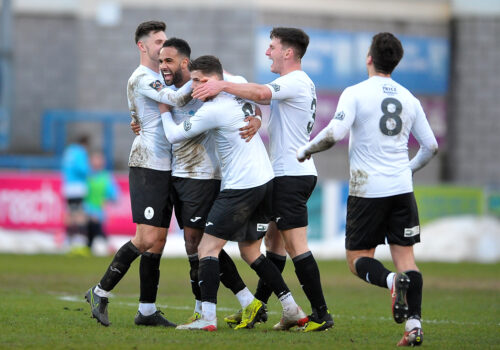 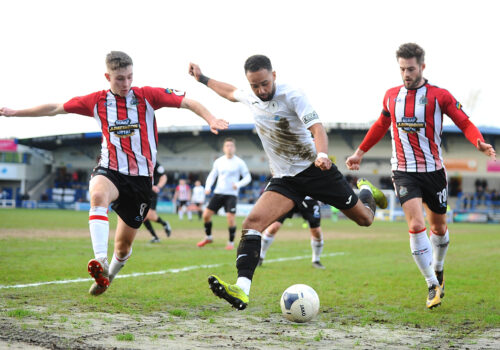 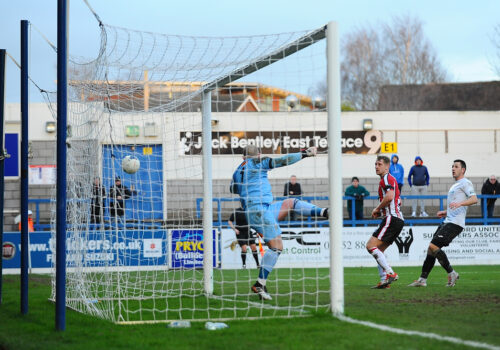 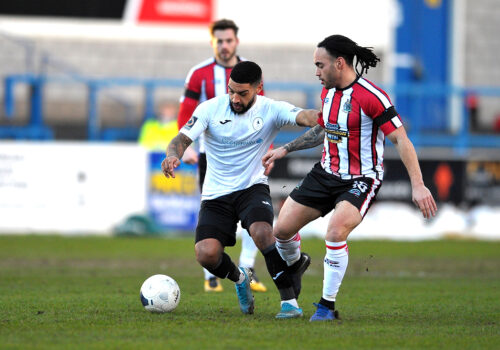 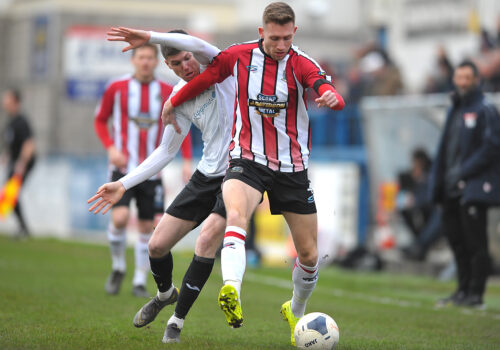 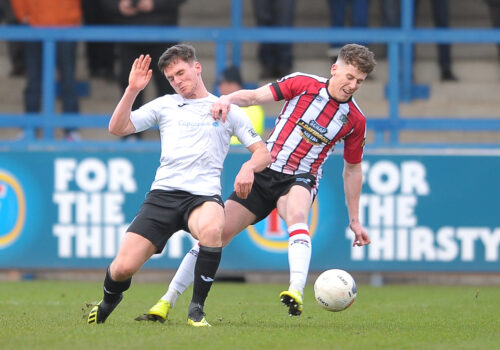 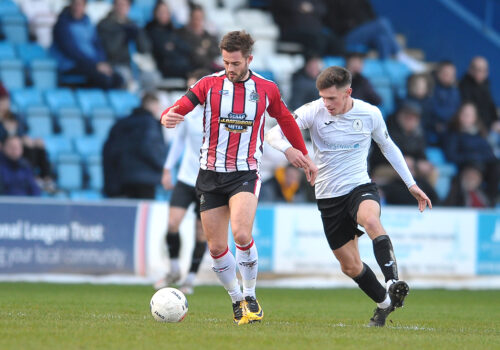 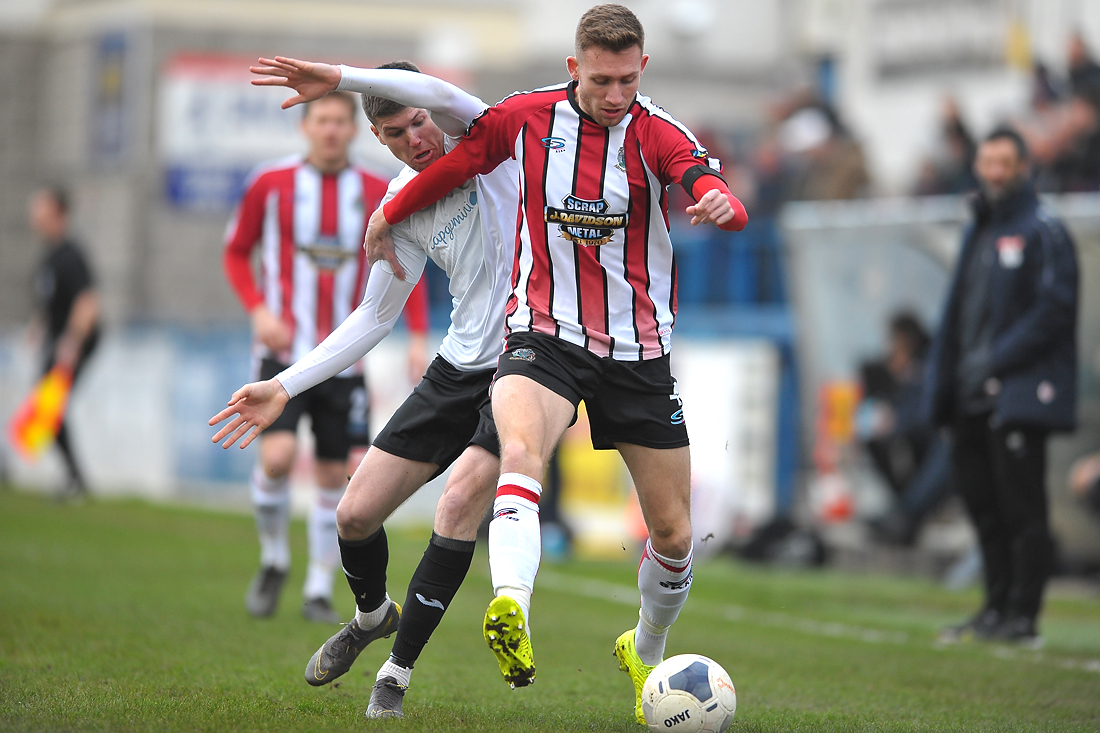 The Bucks were made to pay after they missed several openings in an impressive first half...