Telford boss Gavin Cowan was left to rue his side’s missed chances, as the Bucks slipped to their first home defeat of the season on a frustrating afternoon against Alfreton Town.

Danny Clarke’s strike in the 71st minute proved the difference between two evenly matched teams at the New Bucks Head, condemning Telford to back to back defeats to dent their promising start to the campaign.

Having watched his side shut out for the first time this season, Cowan said goals are now the priority, and called on his side to show more potency in front of goal.

“We’ve got to start converting these chances from everyone; the forwards, the wing-backs, the midfielders and centre-halves; everyone’s got to play their part,” he said.

“In the first half we went back-to-front too early, and too often, which played into their hands.

“At half-time we addressed that, and we started to play through lines and get on the ball. You wouldn’t have been too shocked if we’d won two or 3-1, but credit to Alfreton.

“It’s all well and good, from four-and-a-half games out of five, the performances have been, to a point, very good, but we’ve got to start converting.”

After a tit-for-tat first half, the Bucks nearly grabbed the lead through an unlikely source just before the interval. Jack Byrne’s low cross struck Alfreton defender James Jones before smacking the near post with Alfreton ‘keeper George Willis well beaten.

Telford ‘keeper Russ Griffiths heaved a sigh of relief after his robust aerial challenge on former Bucks defender looked to have conceded a penalty – only for the linesman’s flag to spare his blushes, and the Bucks nearly found themselves in front shortly afterwards when James Hardy saw his shot ricochet off a defender and wide of the post.

Alfreton grabbed the lead in the 71st minute when Elliot Reeves cross to the far post was turned in from close range by lively Reds’ forward Danny Clarke, and if the goal had been slightly against the run of the play, the visitors rarely looked back from that point on.

Substitute Jordan Davies offered some hope for the Bucks as a willing runner against tiring defenders, and he tested Willis with a good effort after turning past Smith down the right flank, but it was not enough for the Bucks, who were condemned to back-to-back defeats having failed to score for the first time this season. 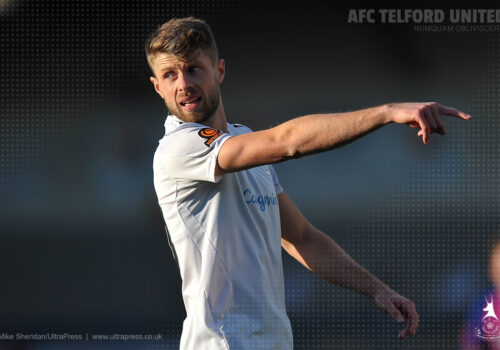 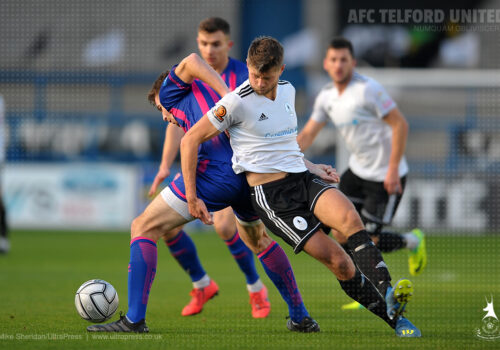 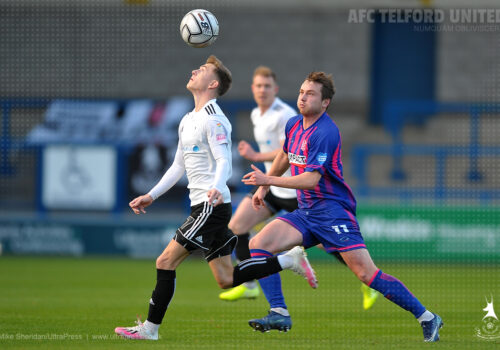 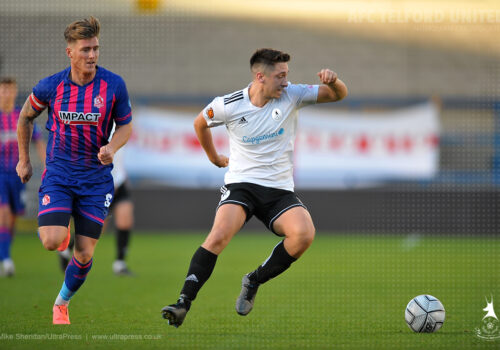 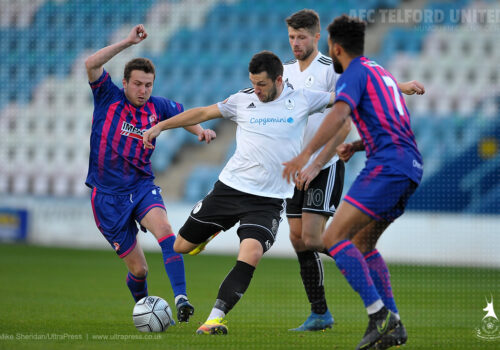 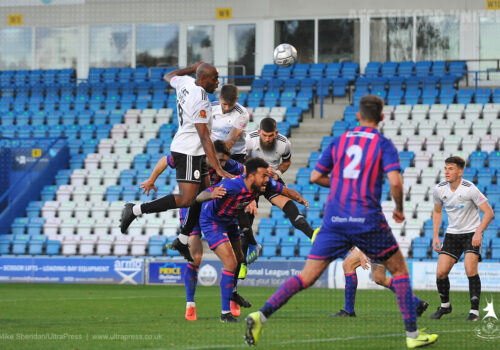 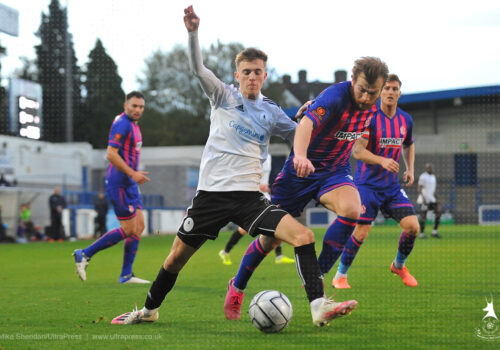 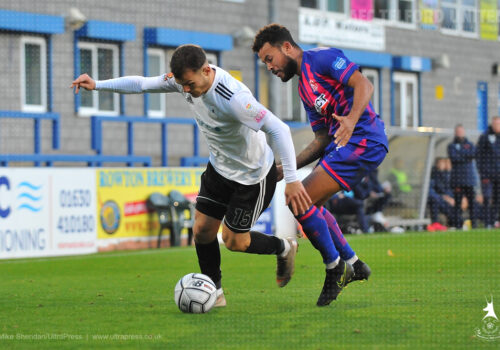 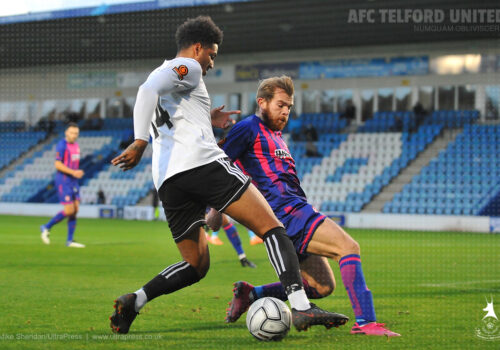 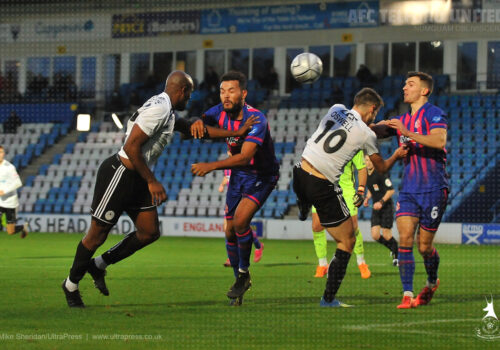 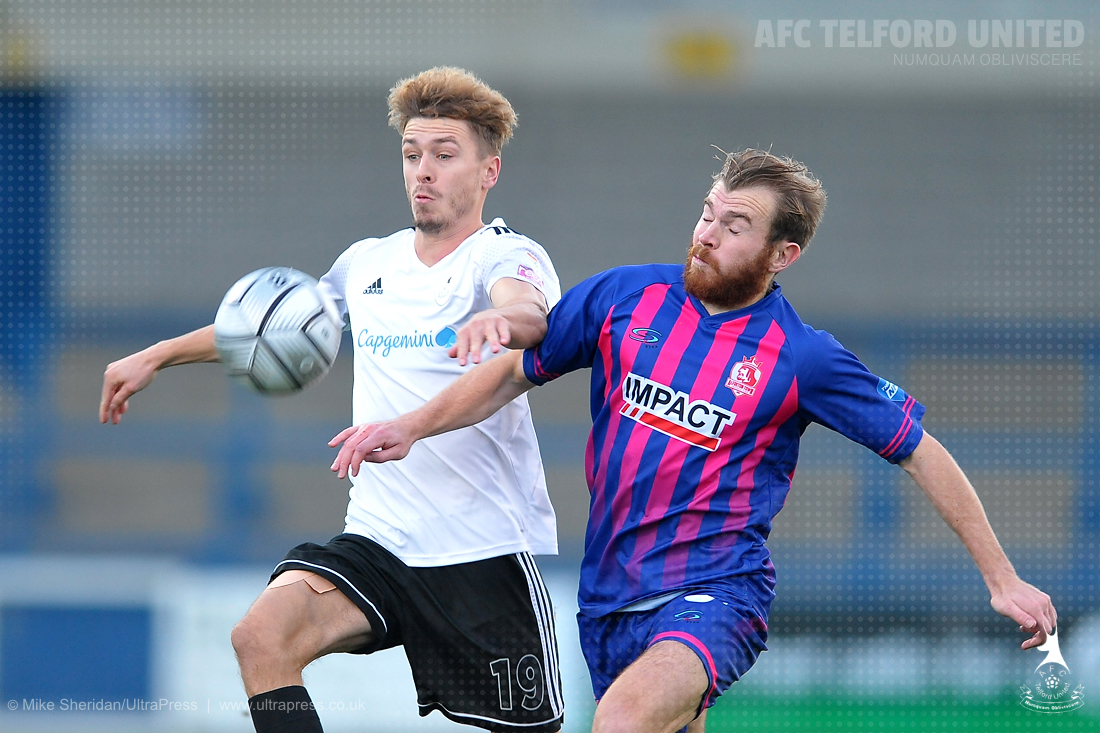